The majestic imposing bulk of Mansion House conceals a charming alley hidden behind its walls, and splitting the secular home of the Lord Mayor of London from the ancient church behind.

The alley also happens to lead to a small garden that’s open during the week. 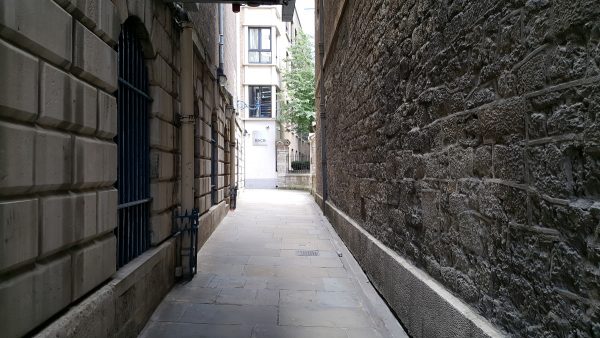 Lined with old stone flag paving, one wall being the stone facade of Lord Mayors, the other side being the older rougher church exterior.

There have been three churches on the site, the first built in around 1100, and the second in 1429. The current church is one of Sir Christopher Wren’s and was built in 1679.

The Mansion House that sits on the other side was completed in 1752, and sits on the site of a former market — so it’s likely that the alley was created at the same time. 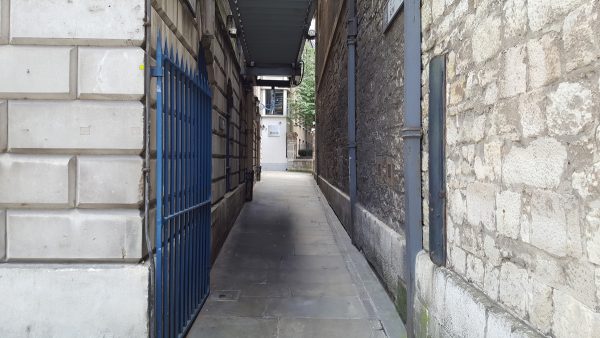 Approaching the alley from the side of Mansion house, there’s a faded sign painted on the wall warning against bill stickers, but in the alley is a much more curious sign, warning to get out if the Klaxon is heard. 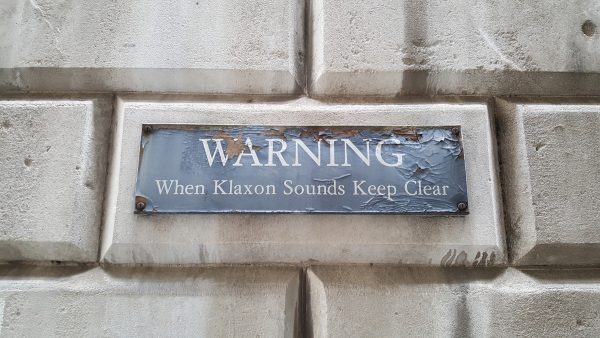 The reason is easy enough to discern though, for above your heads is a staircase in the sky, and evidently this fire escape drops down when needed, and anyone underneath when the Klaxon sounds is going home with a very bad headache. 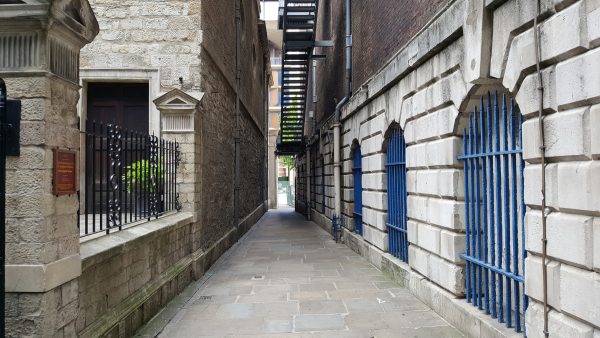 At the end of the alley is the former graveyard of St Stephen’s Wallbrook church, and now a city garden. The gates are old enough to now be a listed monument. 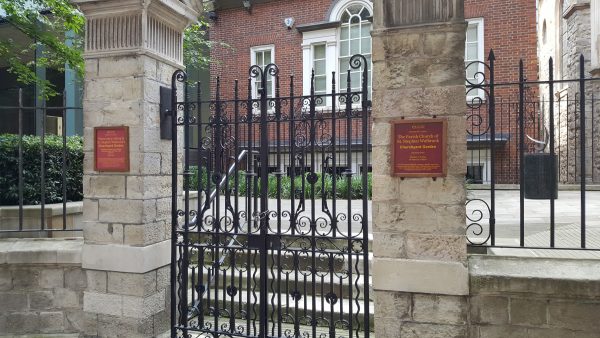