There is a delightfully cute little alley that has been in this part of Hoxton ever since it was all fields, and yet its history is a total mystery. 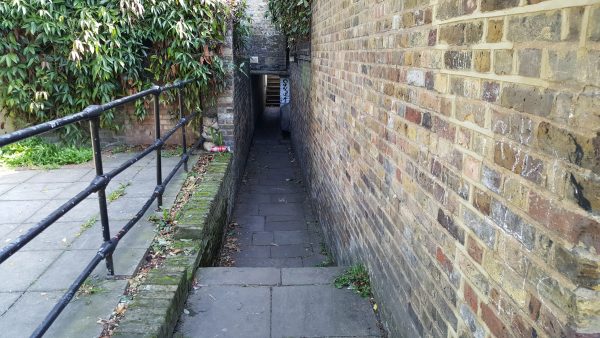 The alley is actually a subway that run underneath a row of houses built in the early 19th century as a single block, with a brick wall to give the residents on either side a bit of privacy.

What’s peculiar is that the foot tunnel sits underneath 107 Shepherdess Walk, and yet, as far as I can tell, number 105 didn’t exist when 107 was built, so why have a subway when they could just as easily have had a conventional open alley? 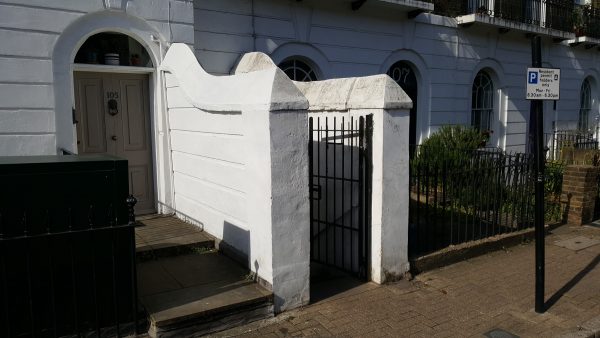 This is not the only mystery about the place.

The purpose of the tunnel is clear though, as today it provides a convenient, and on my summer morning visit, well used link to the park behind, but at the time of construction that park didn’t exist.

The park is new, and used to be homes so the alley lead to a street, Turner’s Place, and provided a route for workers working on the canal wharves beyond, rather than dog walkers.

The park that exists today was also home to two large baths, opened in 1842 and were the largest covered baths in London for 90 years. 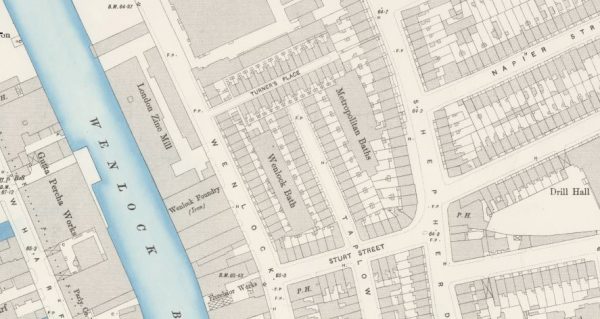 The baths were converted into factories sometime around the 1950s, but even by then it’s clear that some dereliction was starting to set in with some houses marked as ruins. 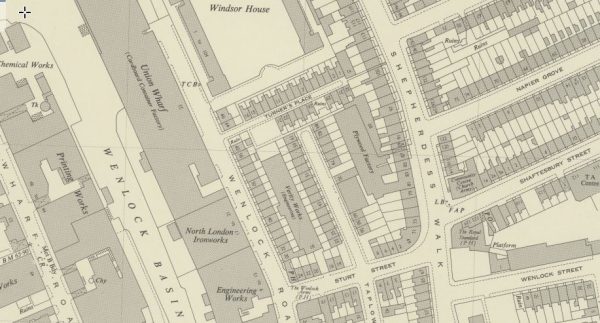 By the 1970s, the area was totally run down, and it seems there were plans to renovate the derelict homes, but while the council was keen, the residents of the area wanted a park.

A campaign was mounted to overturn a report supporting the redevelopment of the area, and as the park exists, it seems clear that they succeeded. Quite when they succeeded is difficult to be sure of though. 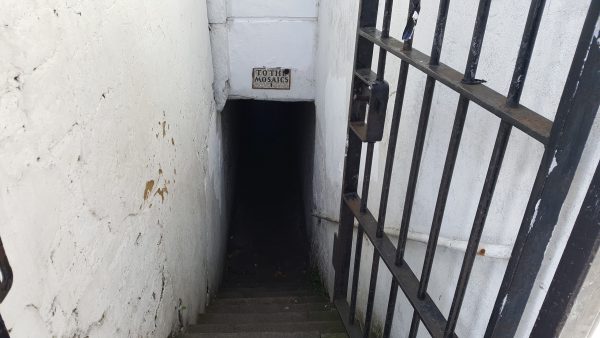 The council website mentions the park, but oddly seems to be talking about a different park that stood further down the road, where the famous pub now stands. There also seems to have been another park on the street, leased in 1957 to the Public Gardens Association, who were late in paying their rent. A letter in 1966 complained that the annual rent, of “a bunch of flowers in season” hadn’t been paid since 1962.

Anyway, the foot tunnel survived, and now leads not between run-down streets, but to a park, and one which was recently decorated with some delightful mosaics. 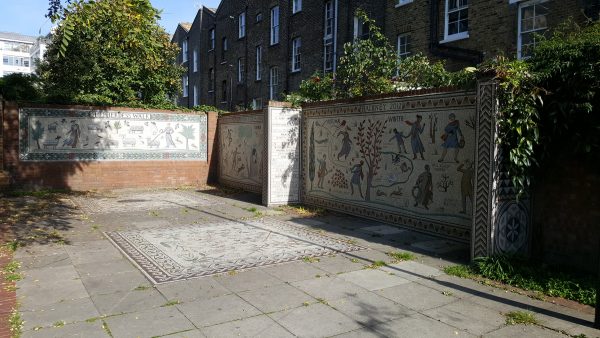 I just wish that after several hours trawling archives, I could say why it exists.