This easily overlooked gap in a row of shabby shops opposite Liverpool Street station is one of my favourite London alleys, because it’s awful. 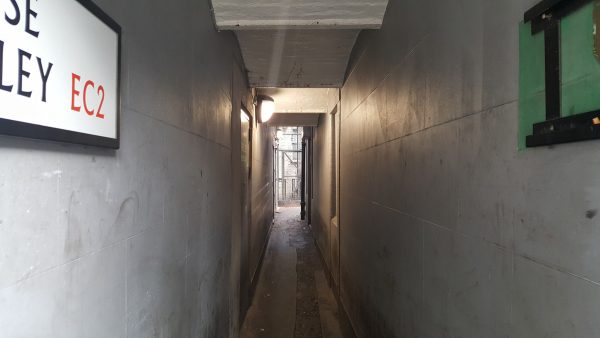 It’s almost everything I love about the hidden delights of nooks and crannies in the urban landscape. It’s narrow, dirty, smelly, dimly lit, winds around corners, lined with refuse bins and smokers, and utterly wonderful for it.

So much more interesting that the bland wide alleys that you can run into.

This is a true alley.

It was formed, as were many in the Bishopgate area when a number of large estates were sold off and chopped up in the late 18th century, and when the railways arrived in the 1870s, warehouses sprung up, usually maintaining the old street and alley layouts.

It was at one time known as Rose Court, as shown on Rocque’s Map of 1746. Quite why it changed is unclear, but a space that looks like a court no longer exists, so the name change may have been related to the rebuilding works associated with the nearby police station which opened on the site around the 1860s.

To find the alley, leave Liverpool Street station by its Bishopsgate exit, and directly opposite is a former Georgian pub, the Sir Robert Peel, which was reclad in the 1930s to its current appearance. The pub has long since closed down, but the alley is still there. 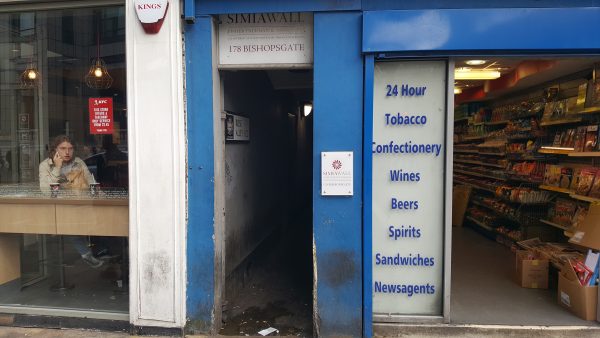 A long narrow passageway passing under the former pub with the aroma of urine and vomit on a Saturday morning leads to a small courtyard space. 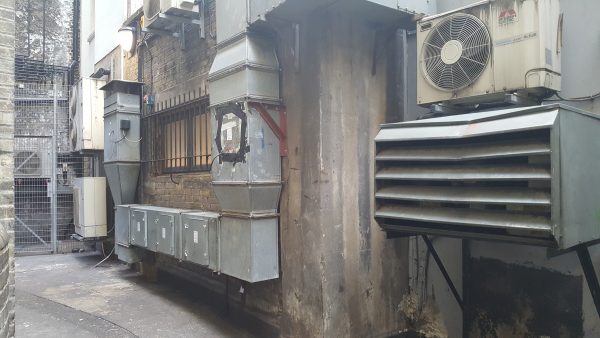 A couple of local workers are out for a smoke, in a space lined with heating and air conditioning ducts. A small curved brick tower, protected with iron railings has an air of a castle turret about it. 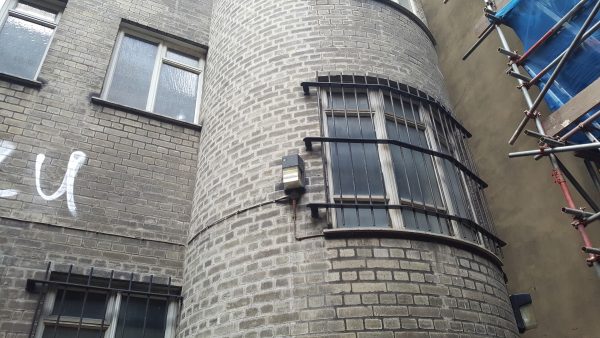 A corner turns and into another small alleyway leading down to New Street.

The alley used to go much further, but two-thirds of its length are now sealed off, for the City of London police. 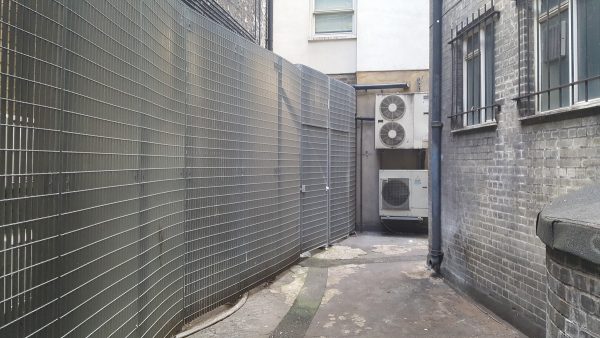 Sadly that means we can’t see one interesting aspect of healthcare in London — for the police station also housed its own hospital for sick policemen. In an era long before the NHS, the police were providing free healthcare to its members.

The police station was rebuilt in 1939, with the hospital on the top floor, but it closed down in 1947 on the advent of the NHS.

Rose Alley lacks any of the appeal of its flowering namesake, but for me, it’s a way of seeing the hidden underbelly of London, the refuse, the utilities, the untouched roughness of London.