You wont be surprised to learn that this alley is named after the actual Post Office, as this site used to be its headquarters. 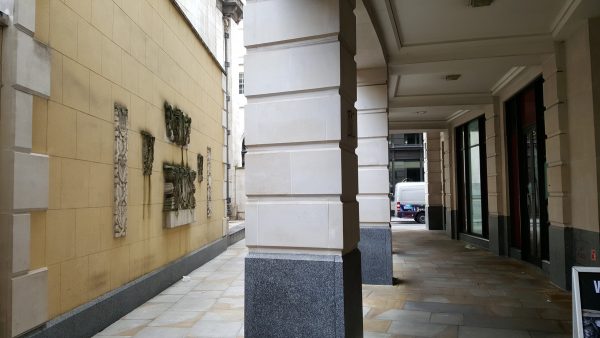 Following the Great Fire of London, the Post Office moved from its old site in Bishopsgate to this newly cindered and vacant plot which had been the home of the richest man in England at the time, Sir Robert Vyner.

He moved away following the fire, and the post office moved in.

They moved back out in 1829 to their much larger site up by St Pauls, but retained a branch of the post office in the alley until the 1990s. Today it’s a branch of a high street chain of sandwich peddlers. 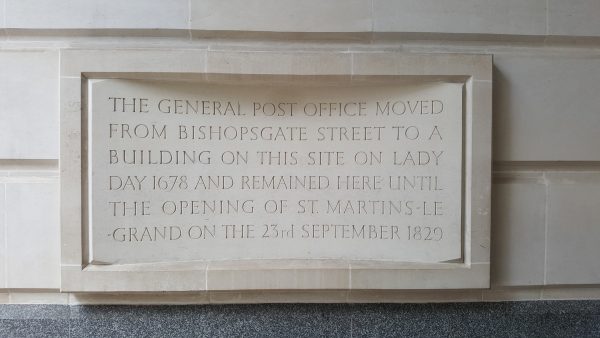 The other side of the alley is the back of St Mary Woolnoth church, a building of most interesting history. There’s been a site of religious worship on the site since Roman times, and a Christian one since at least 1191, when a wooden church is recorded on the site.

It gained a certain fame in the 19th century when the company that is today the Northern line tried to demolish it to construct Bank tube station. Following an outcry, they were allowed to take the crypt and underpinned the church while constructing their ticket hall underneath. 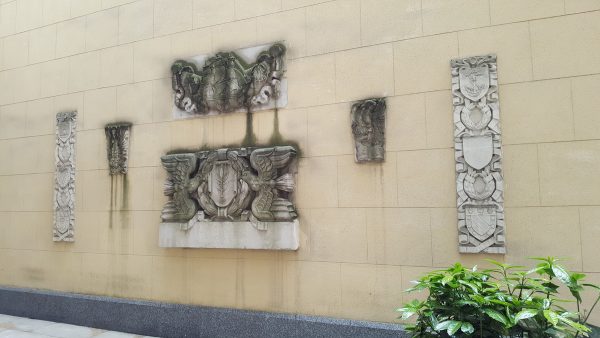 A series of stone plaques adorn the wall backing on to the church, but are not from the church itself. The were removed from the old building that sat on the site of the Post Office, and as a condition of the current building replacing it, some of the carvings had to be retained and put on display.

They do look a bit lost here though.