Published 8 May 2017 by London's Alleys and Passages

This alley has the distinction of being involved indirectly in King Henry’s break from Rome and appeared in Pepys’ diary. What makes it doubly interesting is that it is in the wrong place. 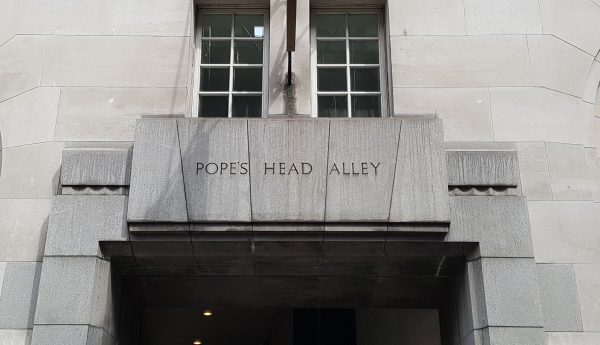 The alley though is named after a famous and long-lived pub that was located near the current site, the Popes Heade Tavern, which can be traced back to at least 1465, and lasted well into the 18th century. It’s said that the pub was renamed the Bishops Head for a short while during King Henry VIII’s break from Rome but renamed back when things calmed down.

Pepy’s Diary mentions the pub, which was destroyed in the Great Fire of 1666 and later rebuilt, as a venue for some business dealings he had as well as dining with friends.

What’s most curious though is that all old maps show the alley as being directly opposite Post Office Court, but today it’s a few yards to the East. Comparing the old maps, the current site of the alley was fully occupied by other buildings, so no alley could have been there. The alley, in its correct location, was actually lined with a number of printers and shops, and had a reputation for being an area favoured by children for its early toy shops. The alley today is fairly blunt, a modern strip that offers a convenient shortcut of no huge significance. 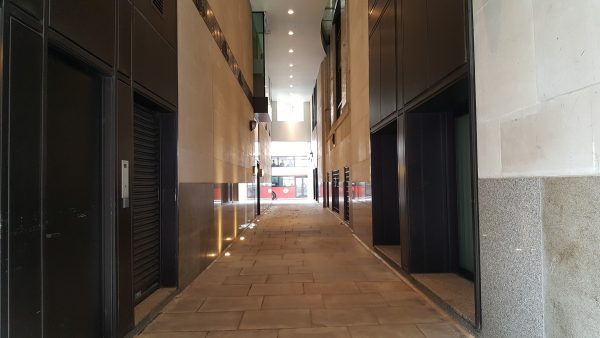 However, it rewards a closer study.

From the rather grand carving of the alley name in the stone above the entrances, this is an alley where eyes should be elevated. 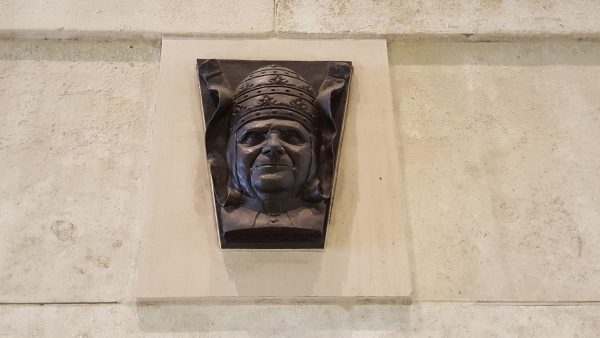 Notice the bronze carving of a Pope’s Head on side, and one the other a frieze of beehives, a traditional symbol associated with the Papacy. 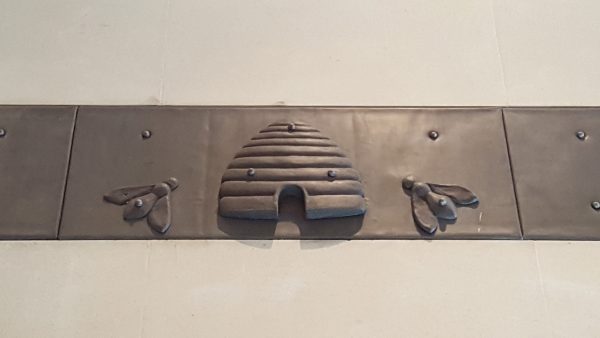 What seems likely to be the remains of the late 1920s building with glazed tiles sits in the middle of the alley, with a good section of metal fencing illustrated with the image of a horse, probably from the time when the site was occupied by Lloyds Bank for their headquarters. 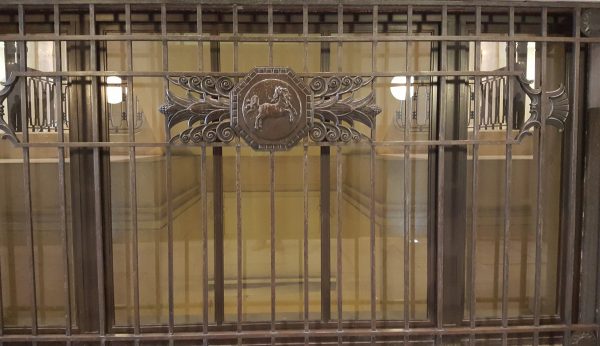 In fact, the distance between the old and new locations is the equivalent of an old block of houses, so there is a question as to whether it should have been given a totally new name — maybe “New Popes Head Alley” to clearly signify that it is not the old alley, which no longer exists.