When all around Clerkenwell was fields and churches, a path ran through the cornflowers. Today where all is built up, that ancient path still carves a narrow path through the buildings. 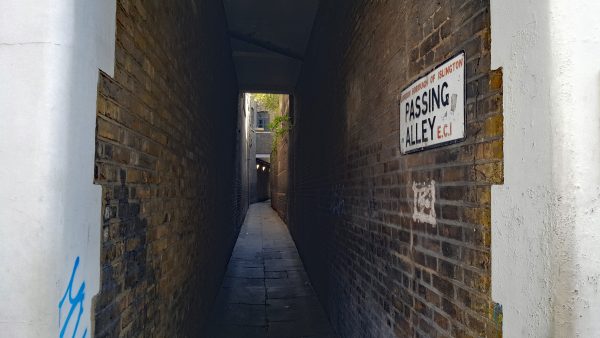 This is Passing Alley, although it no longer exactly follows its original medieval route, as it was move slightly southwards during Victorian redevelopments of the area.

And yes, it was once known as pissing alley, although originally as Little Lane. At least it shows up as Pissing Alley on a few maps, such as John Rocque’s map in 1746, but by 1792 it was showing up on maps as Passing Alley.

The origin of Pissing as the alley’s name almost certainly has nothing to do with being a conveniently dark place for a covert wee, as the name applied when it was fields. It probably is down to local cesspits in the tenements that lined the area, and show up in LAMAS researches.

In 1887, a development caused the alley to move southwards to its current location, as Lovell & Christmas of Smithfield, a meat merchant developed the site. 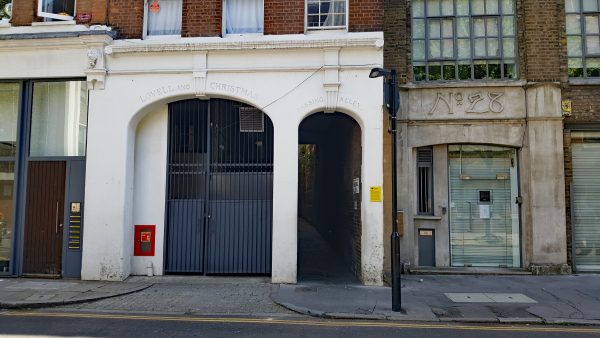 The result is a fine archway for their warehouse, and next to it and equally fine, if smaller arch for the alley, with a fine incised name for the alley above. Both ends of the alley retain the original buildings and lettering.

Lovell & Christmas also still sort of exists, as it merged with another company, and became Fitch Lovell in the late 1950s, and eventually merged with the Booker Group in 1991, and is now part of Tesco. 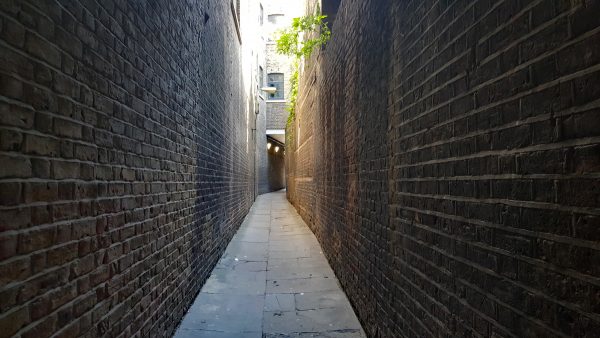 The alley itself, is a very narrow slip of a space that was surprisingly well used on an early Sunday morning, and has that slightly oppressive in a delightful way of very tall brick walls that loom over you. 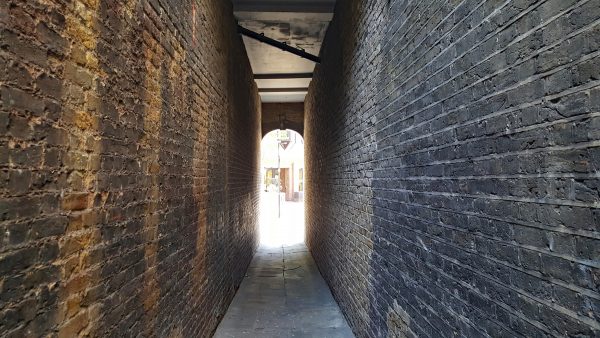 A slight kink in the alley adds to the mystery by concealing how far the alley runs, and a couple of tunnels at either end for the warehouse and shops complete the delight.