There’s a wooded pathway in Dulwich that is not called Lovers Walk, but that’s what everyone other than the original planner now calls it. Which is probably quite annoying for the landowner, who preferred the more respectable Grove Walk. 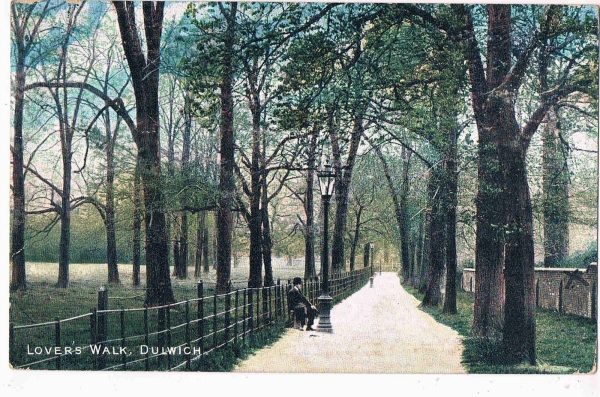 It is, or at least was, well named, as this is a delightful walk through a grove of trees, although sadly the original iron railings have since been replaced with wooden ones, and judging from the appearance, possibly post-WW2 replacements if the metal was ripped up for the war effort. 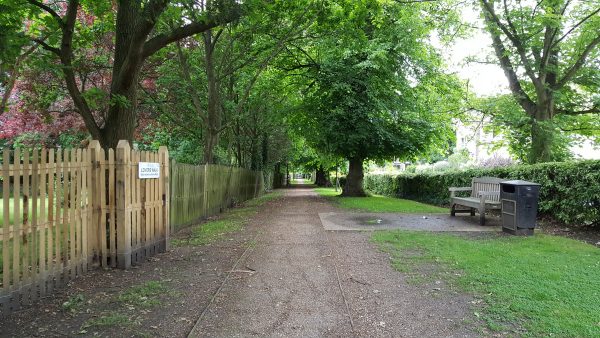 It’s difficult to know exactly when the alley was laid out, but a map from 1872 does show a gap between two separate properties at roughly the correct location, so it may be a legacy of that.

The walk shows up as Grove Walk & Ditch on maps owned by the Dulwich Estate, but the Dulwich Society says that it was called Lovers Walk before that. So it may have been prudish Victorians frowning on all things carnal who insisted on a more elegant name for the pathway. 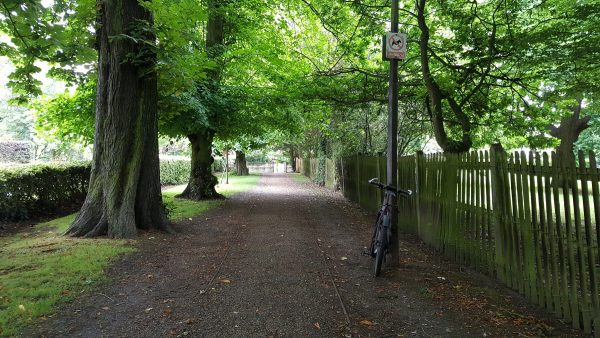 Regardless of their morals, they were ignored, and many postcards of the formally laid out path said it was Lover’s Walk, Dulwich. News reports also used the term Lovers Walk, such as in May 1876, when reporting on a suicide.

The path may also have been wider in the past than now, as there is a curious story of a man being killed by a motorcar in 1932 which drove down the “secluded thoroughfare known as Lovers Walk at West Dulwich”. 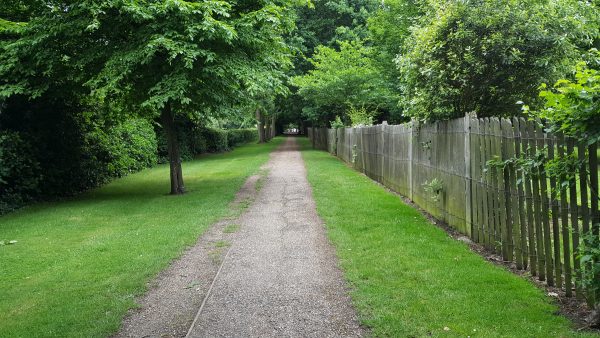 At happens though, it is now officially called Lovers Walk, as in 2012, the Dulwich Estate agreed to calls for the nickname to be formally adopted, and new signs were erected pointing to the walk for lovers.

Although a wag has recently edited one of them. 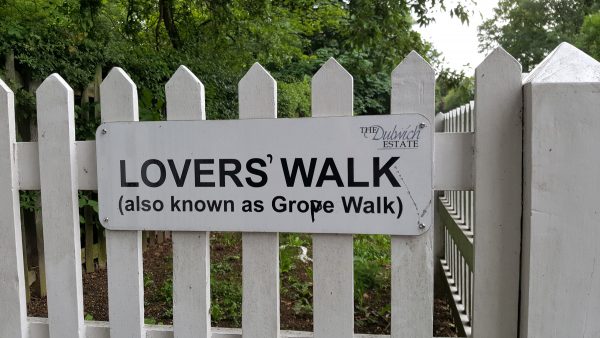