This small alley, with a very decorative pub conceals a lost history of religion, plays, and William Shakespeare.

What is today a narrow modest alley was once a major entrance to the Black Friars monastery, until it was dissolved by King Henry VIII and the land sold off to Sir Thomas Cawarden. 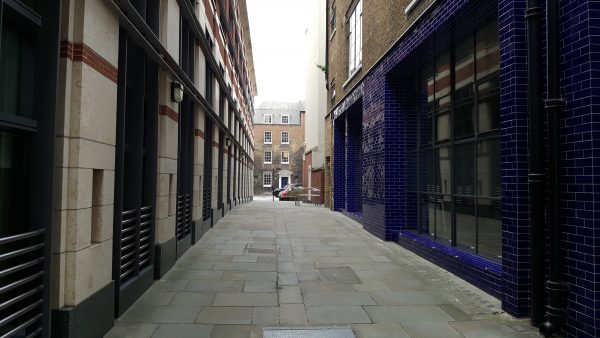 What later probably brought William Shakespeare here is that this former Monastery sat within the City of London, but was a Liberty, so outside the laws governing the City.

As such, it became popular lodgings for actors and artists who did not want to be regulated by the Worshipful Company of Painter-Stainers, and became the home of the Blackfriars Playhouse.

This was opened as a private theatre, because public playhouses weren’t allowed within the City, but it was soon obvious what the building was really being used for. Later a proper public theatre was built on the site, which is marked by a side street further down from Ireland Yard.

One of the few official documents about Shakespeare to survive is the original mortgage deed where he bought what was probably the Monastery’s former gatehouse building that would have sat above Ireland Yard.

Today most of the heritage of that time has long since been swept away, although a fragment of stone wall from St Ann Blackfriars still remains in a side yard. Although most of the alley is now lined by a very modern office block, on the corner is a very distinctive and historic pub, The Cockpit. 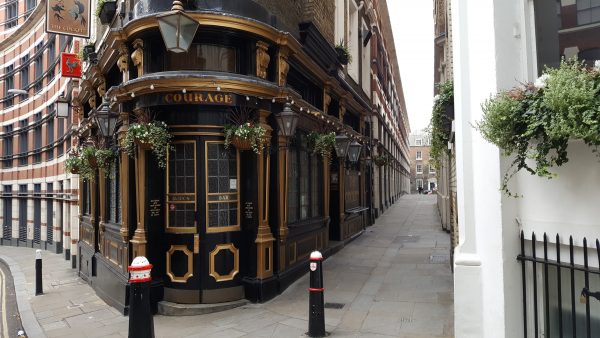 Still in old style gold and black trim and leaded windows, this modest little pub was built around 1860, although a pub has been on the site since the 16th century, when it was indeed a cock-fighting arena.

It’s a favourite of locals, and of tourists who stumble upon it as it still manages to retain an old fashioned local pub charm.