The Cheapside area of London is replete with names of former trades, and Honey Lane shouldn’t need any explanation, yet it does.

For Honey Lane is in the wrong place. 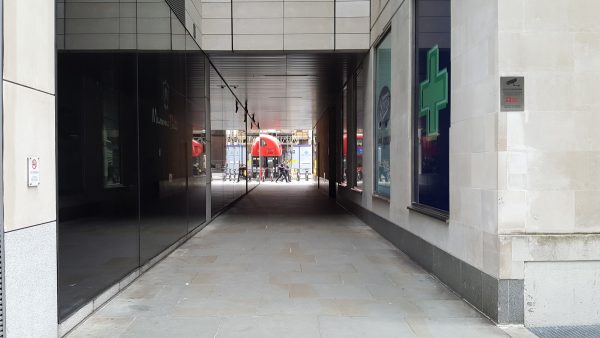 There certainly seems to have been a lot of honey in the area, at a time when honey was the dominant sweetener, long before sugar was imported. It would also seem that there was a decent amount of money around as well, to fund their own church, All Hallows Honey Lane. Sadly destroyed in the Great Fire of London , the site was cleared to make Honey Lane Market.

Rather confusingly, that was a meat market, not a honey market, but with 105 butchers stalls, according to William Leybourn’s survey, it was an important one.

That market closed in 1835 and the City of London school was built on the site. Badly damaged during WW2, the site was cleared and a large office block erected on the site in the 1950s.

It was at this point that Honey Lane moved sideways. It’s now about 140 feet to the east of where it used to be.

More by coincidence than design, the good entry door for the office block around the back is in roughly the same spot as the old alleyway.

The modern alley is, to be frank, rather a plain affair, being a wide open corridor slicing into the monolithic office block. 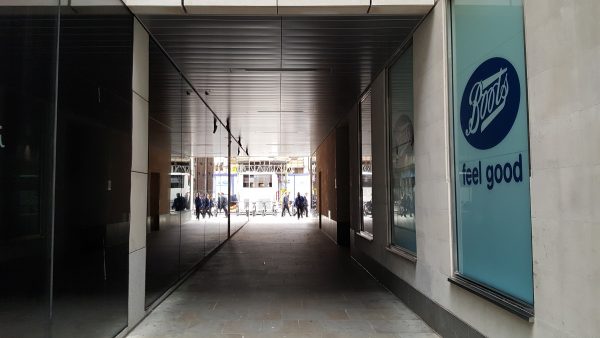 Do however look up if on the Cheapside entrance as you’ll spot the carving of a giant bee underneath a basket of flowers. 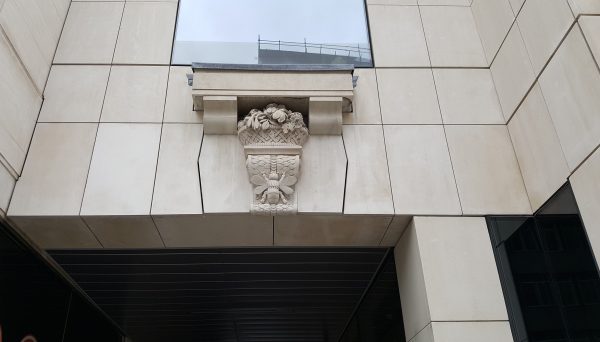 Further down is a relic from the past, a parish boundary mark from St Mary le Bow church. That church happens to have a possibly curious twist, as not only are true cockneys born within the sound of its once mighty bells, it is also the “centre” of London, for some purposes. 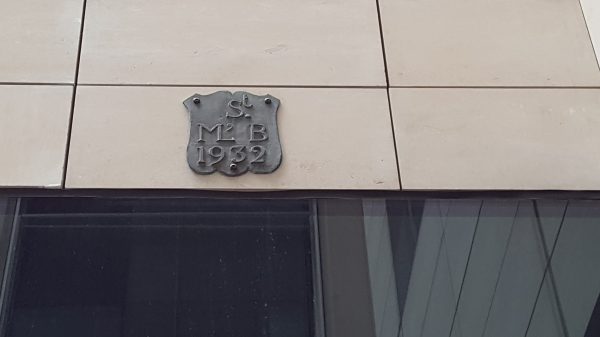 It’s been suggested that a row of mile stones running down to Lewes originate at the church, but this might be a widely spread myth.