A fairly steep little passageway that’s wide enough to be a road, was originally an extension of Saffron Hill to the south. 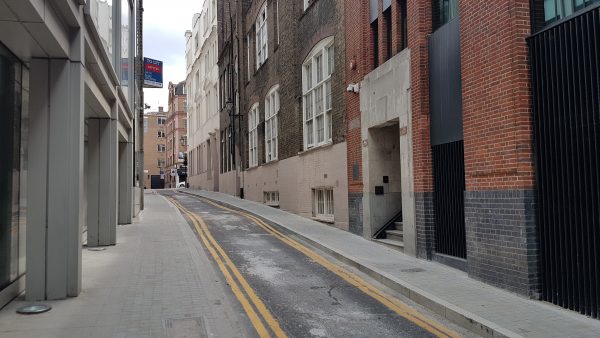 The first signs of urban occupation start in the late Medieval era, when the fields belonging to the former monasteries in the area started to be developed into warehouses and housing.

In the 17th century, the Baron Hatton of Kirby was forced to sell the Hatton estate, which was located just to the south of Herbal Hill and soon afterwards the area became developed and only the road names remain, echoing the earlier estate.

The area became very squalid during the 18th century, Saffron Hill became notorious as a rookery at, ‘crime and vice flourished immortalised in Dicken’s Oliver Twist, the Fleet Ditch providing a getaway for criminals’

The culverting of the River Fleet in the 1840s, and later arrival of the Metropolitan Railway saw much of the area rebuilt as commercial warehousing.

It’s likely that the change of name to Little Saffron Hill, took place in 1878 when Clerkenwell Road was built, cutting the north end off from Saffron Hill to the south. It was renamed Herbal Hill in the 1930s, in memory of the nearby herb garden at Ely Palace. 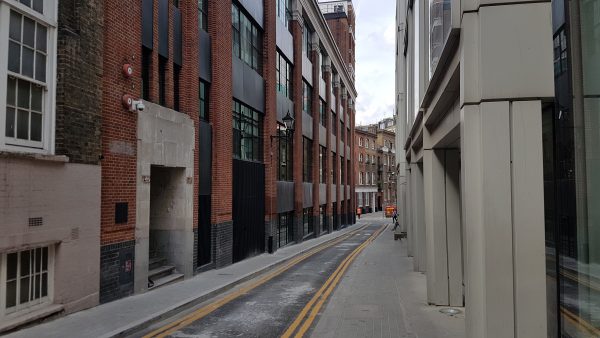 Today, the area is a varied mix of architectural styles varying from a new office block added in 2004, to a large housing development on the other side which was built within the last 20 years. On the other side of the road are a number of educational institutions and the Central School of Ballet, all of which look to be turn of the century.

Do also look for the stone plaque on the wall that marks the sewer works by the “The Commissioner of Sewers Holborn and Finsbury Division.” 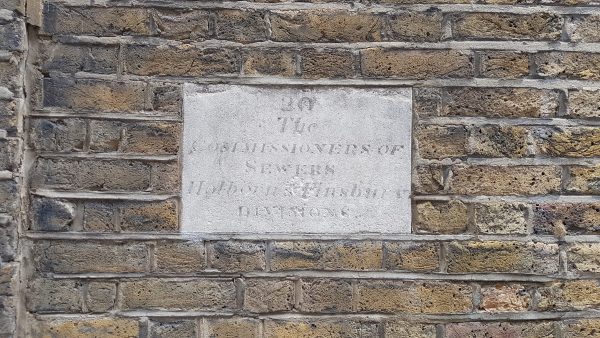 3-7 Herbal Hill was rebuilt just after the Millennium, and opened as a mix-use office block, although rented as a sole tenant to The Guardian newspaper, they’ve since moved out and sublet the building. If you’ve got £28 million, it’s up for sale.

A small curiosity is that while the road signs on both sides of the passage say Camden council, the boundary between Camden and Islington runs down the middle of the hill, so the road signs on the eastern side should say Islington.