One of the joys of London are the alleys with wonderful names, and this is perfect example of one that can be found near Clerkenwell. 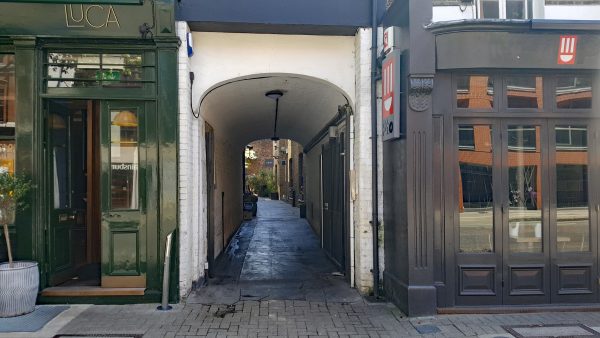 The site of the court is unsurprisingly named after a lost pub on the site, called the Hat & Mitre, although originally just The Mitre, it gained a hat sometime in the early 1800s for some reason.

At the rear of the court were five small cottages, which were rented to “five poor decayed housekeepers” in the parish, as part of a charity bequest by Richard Whitlock, a goldsmith who died in 1670.

The pub was demolished in the early 1900s, with warehousing erected on the site of old cottages at the rear. The warehouse remained in use until the 1960s when it was converted into flats and offices.

The site of the lost pub, at 88 St John Street was refurbished in 1998 and is now occupied by Luca, a bar-restaurant, so indirectly, retaining the location’s early heritage. 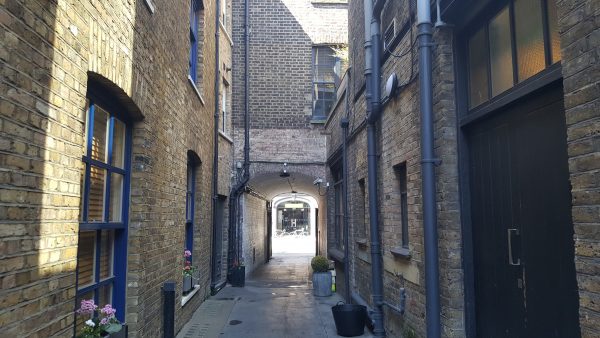 At the rear of the court, you can make out a rather modern wood-clad building, which is a rear extension of the restaurant, by Karen Byford of Design Solutions.

The brick wall at the far end, past the plants that block off access to the outdoor seating for the restaurant, is truly ancient though, and is part of the monastic Charterhouse. 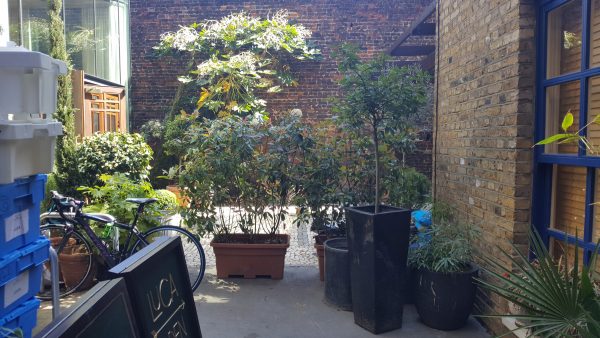 Otherwise, this is a short dead-end of an alley that is pleasant to look at, and has hints of history about it, but mostly, a charming name.