This might not look like much, but this little place and set of steps are rich in history, and deep in subsidence.

A rather uninspiring hotel now straddles the space, which is used as a car park, and a set of steps up between two tall buildings, leading to a park. But it was once so much grander. 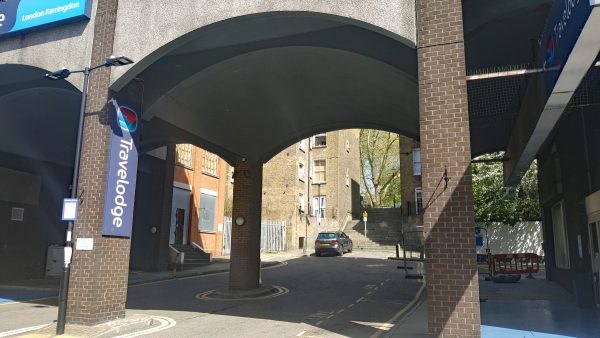 The area was part of the Randell tile-works, which excavated the clay in the area, leading to the sharp drop in land that can still be seen in the form of steep streets, and here the steps.

In the 1820s, the land was bought up for housing as part of the Lloyd Baker estate, but the clay pit needed to be filled in first, and the lease for the clay pit demanded that it be returned to its former level. That lead to it being treated as a bit of a rubbish tip, which is good at filling in the land for fields, but nothing like stable enough for building upon.

Although the builders wisely waited for some years for the infill to settle down, the poor quality of the materials often just dumped into the clay pit caused considerable problems, and still affect the area to this day.

Originally called Granville Place, it was lined with houses leading to the set of steps, which lead up to an impressive looking church in the middle of the Square behind.

The steps were also more welcoming at the time, as the tall houses on either side didn’t exist, giving the steps more air and light. 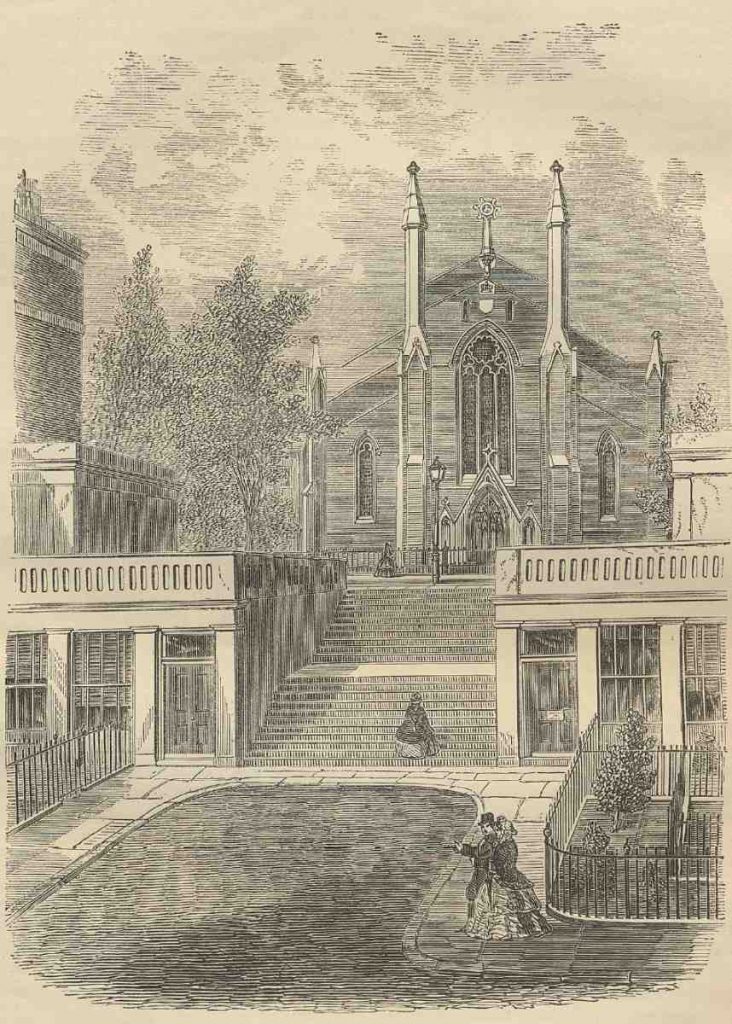 Unfortunately, the planned square of fine houses suffered from subsidence problems, which were to be massively increased when the Metropolitan Railway came right through the middle of the Place.

If you stand by the steps, you are right on top of the Metropolitan Line.

The once posh area slowly descended into squalor, and the houses chopped up into tenement flats. In the 1970s, the entire Square was bought by Islington Council, and renovated as rather fine council flats. 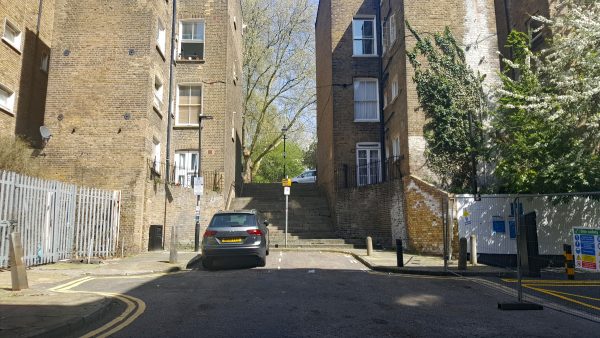 Today the steps lead up to a public garden, but that was once the site of a grand Victorian church, St Philips, but this was also suffered badly from subsidence, and with a dwindling congregation unable to afford the repairs, it closed in 1936, being torn down within a couple of years afterwards.

At that time the area also changed its name from Granville Place to Gwynne Place, after Nell Gwynne, the famous mistress of King Charles II, who held her own court nearby. 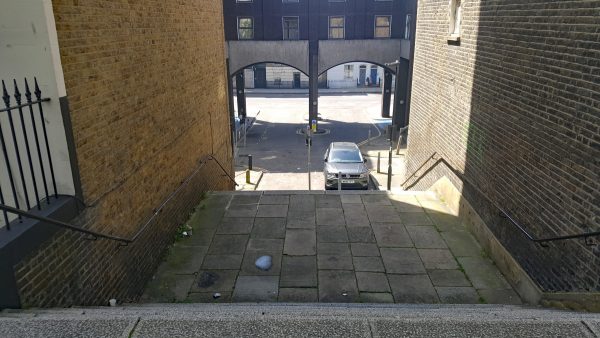 The steps in Granville Place were also the model for Riceyman Steps in the book of that name by Arnold Bennett. A small plaque to mark that bit of modest heritage is on the Travelodge building that now somewhat despoils the area.