A sanitized road can be found in Farringdon that was once much less posh and an awful lot longer. 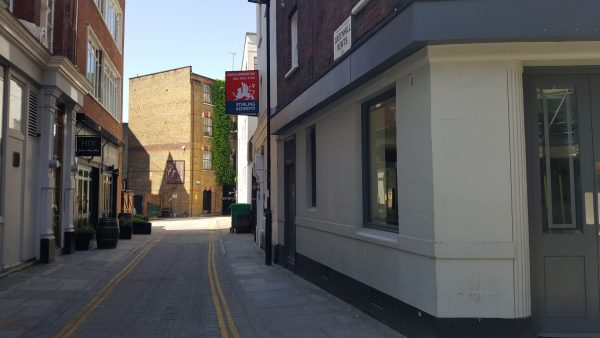 The name of the alley changes, depending on when and who writes about it. The original name was probably Green Hills Rents, but then it became singular, then the green and hill merged to form Greenhill Rents.

It was also much longer, but then a railway came through the area, and chopped the end off, leaving about a third of the original intact.

Before it was Green Hill Rents, it was the site of the Castle Inn, which gave an annuity of 13 shillings and 4 pence from its income to the Parish of St Sepulchure.

The alley was laid out in around 1735-45 by a merchant, John Greenhill and followed an older alley that ran through the area next to the Inn.

The gift was made by his son, William Creswell, but it was his tenant who ran the inn who had to pay it. The inn was later torn down and houses built on the site. I wonder if the annuity is still paid?

The alley was also notable for the butchers and animal render warehouses that dotted the area, particularly for the production of bacon. Nearby (and also vanished under the railway), Sharps Alley was famous for the stinking industry of catgut manufacture.

The name rent itself comes from a pejorative term for a rather unsavoury location. Today its better known for media offices and expensive rents. 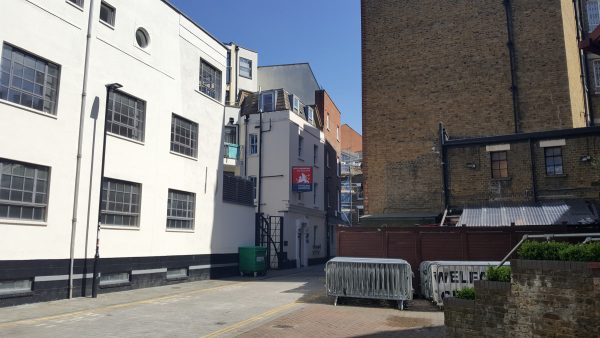 Probably the most notable thing to see down here today though is a work of classical art.

The National Gallery had a programme of placing copies of classic works of art in the public realm around London. 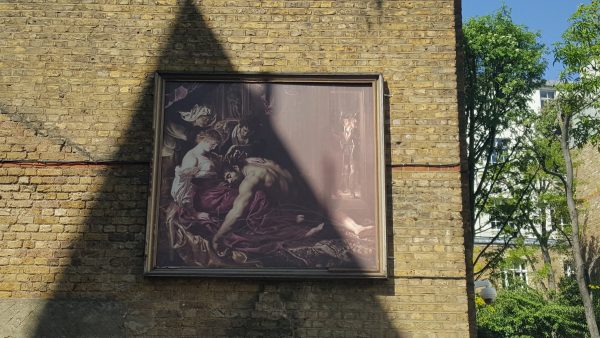 So here on a side street is a giant copy of Samson and Delilah by Rubens, painted in around 1609. It was placed here, the council says, as a way of ” demonstrating ownership of space that can reduce the likelihood of crime or anti-social behaviour.”

I am not entirely convinced that the sort of person who urinates in a corner after one too many in the pub is going to exclaim — “goodness me, I cant do that under a Rubens!” and wander off chastised.