This is a peculiar little thing, being two alleys separated by an ancient City of London street.

Doby Court lies in a little warren of medival London streets near Cannon Street in an area that was home to a number of City Guilds and warehouses. Today, apart from the old church of St James Garlickhythe and the cobbled* streets, it’s mainly post 1980s office blocks. 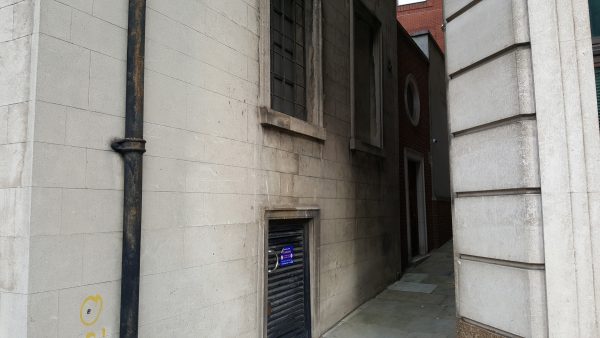 Although today called Doby Court, it was originally known as Maidenhead Court.

It shows up as such on John Rocque’s 1746 map of London, but by 1810 it had its current name. Quite why the name changed, no idea. 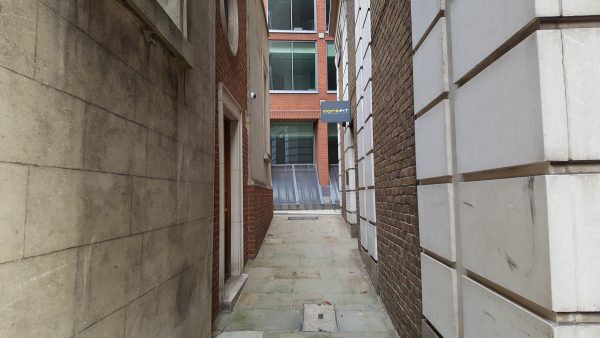 Rocque’s map shows both halves being lined up with each other, as does a 1956 tourist map of the City of London, so it seems likely that when the current offices were built in the 1980s, the court was shifted sideways slightly.

So we have two visually very different alleys, but historically the same — one a narrow “classic” alley squeezed in between two buildings, and the other, a very modern, very large wide goods entrance, with a rather municipal blob of space at the back for bins and services. 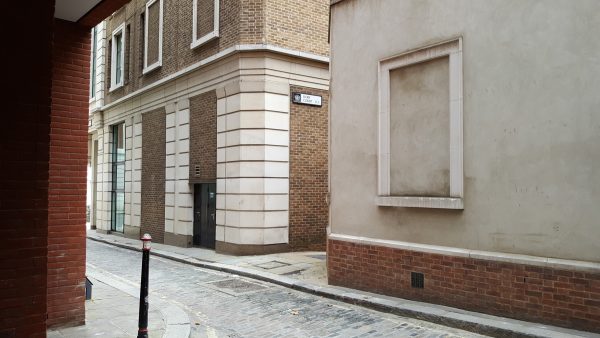 The court also used to be longer than it is today, for the south side of the church used to be a row of warehouse buildings, until the widening of Upper Thames Street in the early 1970’s swept them away.

Otherwise, it seems difficult to find out much about the history of this alley. It just is what it is. 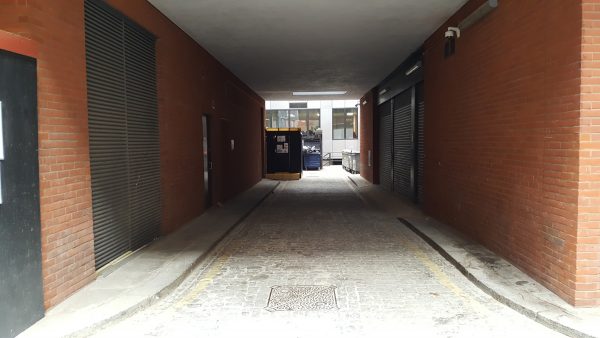 Note, it’s Doby Court, not Dobby, so nothing to do with a certain house-elf. Socks are therefore permitted when visiting.

*yes, I know they’re technically Setts but everyone calls them cobbles.