The alley occupies land that was once Essex House, a riverside mansion owned by Robert Devereux, Earl of Essex. Once a favourite of Queen Elizabeth I, he lead a disastrous war in Ireland, and then tried to lead a coup against the Queen, leading a small force from this location to the City.

Forced to retreat, he fortified Essex House, but was surrounded and he surrendered.

The end result of his trial being what you expect for treason.

The Essex family retained ownership of the mansion house until the English Civil War when it was sold to pay down debts, and survived as an intact mansion until the late 1670s, when most of it was demolished by the fabulously named Nicholas If-Christ-had-not-died-for-thee-thou-hadst-been-damned Barbon and the land sold for smaller commercial buildings.

The layout of Devereux Court dates from around that time.

Today the passageway leads from Strand into the heart of legal London and is lined with the sorts of legal chambers you find around here, but it has a few surprises.

Starting at the north end, the alley is squashed up against The George pub, a building that dates from 1723. Unlike what you’re thinking, it’s probably named after a former landlord, not a Monarch. 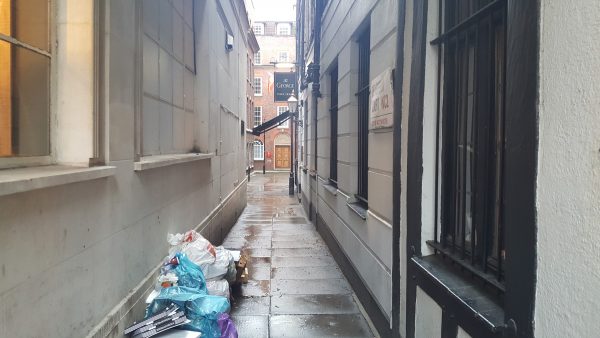 The alley starts off narrow and rubbish-filled, but soon opens up into a much wider passage with grand buildings looming overhead. However,  while most of the buildings look reasonably old, many are mostly 1950s mock-Georgian rebuilds.

One notable exception is the second pub here, the Devereux, a Grade II-listed building from 1844. Part of the site used to be the Grecian Coffee House frequented by the likes of Addison and Steele. In the early 18th century Sarah Mapp the Bonesetter carried on her medical trade here, some of her operations in the presence of Sir Hans Sloane. 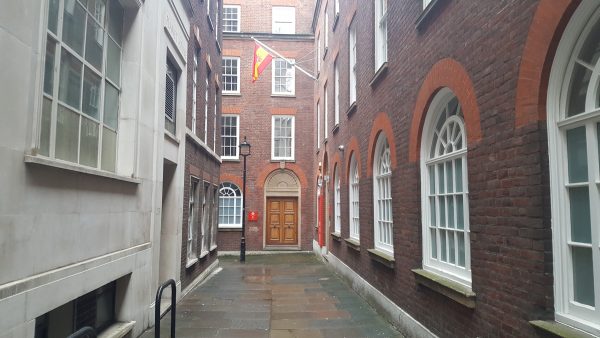 The court was also home to another famous coffee house, Tom’s, and between them, the two coffee houses were the heart of London’s literary scene in the 17th and 18th centuries. Another quirk to be found down here, in the heart of the English legal establishment, is the Instituto Cervantes, the official Spanish language and cultural centre for the UK. 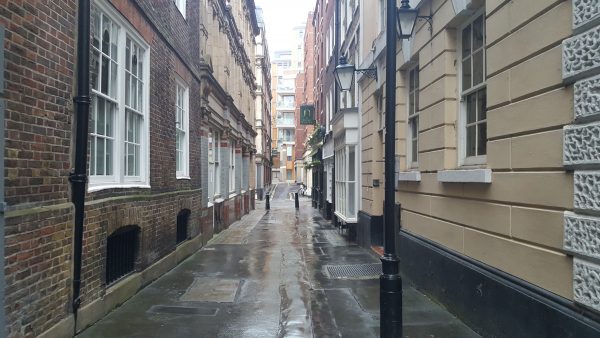 Heading southwards and around another corner, if you arrive in the week, then the wooden doors will be open leading you into the legal heart of Temple. Do stop for a moment to look up though, for there’s a bust up here of the Earl of Essex on Eldon Chambers, and beneath it the inscription, “This is Devereux Court, 1676.” 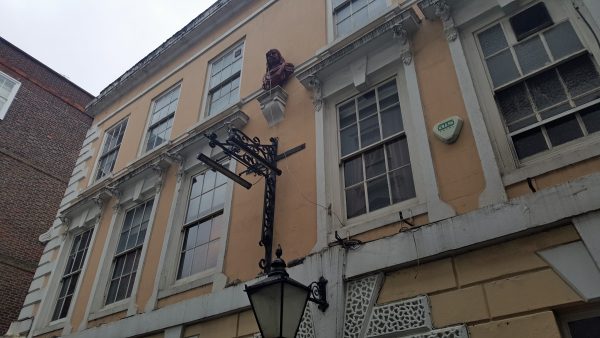 Head along the last stretch of alley and past yet another pub, the Sir Edgar Wallace.

Being a legal person is clearly thirsty work.