A narrow gap in the wall of shops opposite Liverpool Street Station leads into one of London’s narrowest and most curiously named alleys. 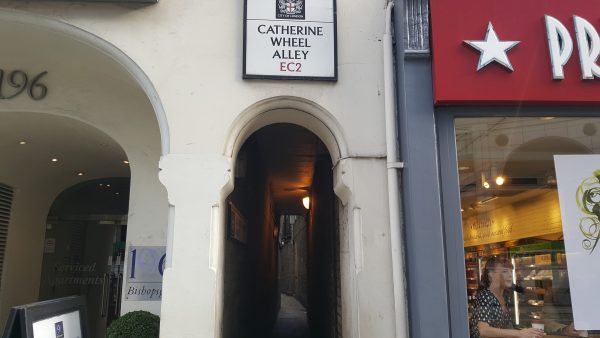 It starts narrow, but actually ends up as a normal road, and it’s possible that this is two separate routes that were later joined and given the same alley name.

The alley is named after the Catherine Wheel pub, where it is claimed the highwayman Dick Turpin was want to haunt, along with about 6,000 other taverns and inns across the country who also made the same claim to dubious fame. 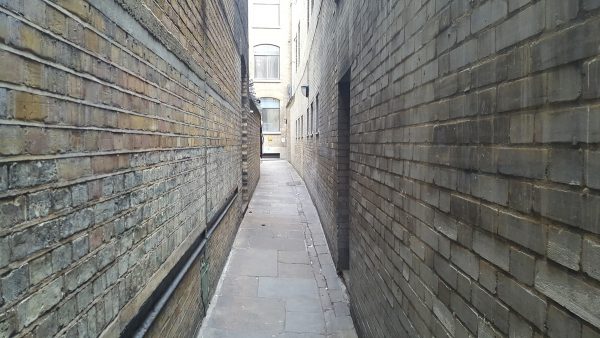 The pub itself stood on the site of the entrance for around 300 years, but burned down in 1895. The inn was also reputedly a house of ill repute, with plenty of wife swapping going on, but when the pub burned down, the nocturnal activities decamped to The George in Southwark. 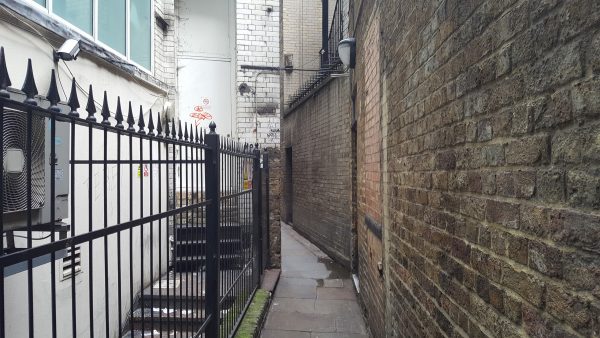 It’s said that at one point the alley was known as Cat and Wheel Alley to avoid associations with what was an object of torture, the Catherine Wheel, but at some point the old name was restored, probably when fireworks replaced torture as the common use for the term.

What we have is an incredibly narrow path that weaves its way around the back of buildings with more twists than an airport novel. Starting in the surprisingly clean roofed alley you proceed along to a long narrow passage with high walls hemming you in.

Occasional widening to allow facilities to be accessed, then turning a corner and another, and another and you suddenly come to a much wider passage — in fact it’s a road now, but still called an alley. 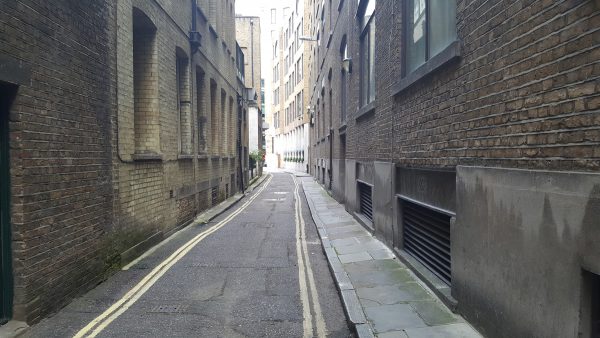 Head along, and at the very end, where there used to be a bank, turn for there’s a final surprise to see. 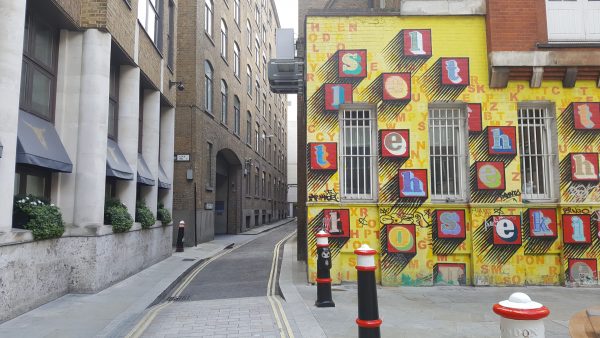