This modern looking alley is indeed modern, being the result of post-war clearance of the area which was badly damaged by a couple of high-explosive bombs during WW2.

The area was originally laid out as a garden on a site that had been offices and shops, but in the 1980s, half of the space was given over to the brick building that now dominates the site — an electricity substation. 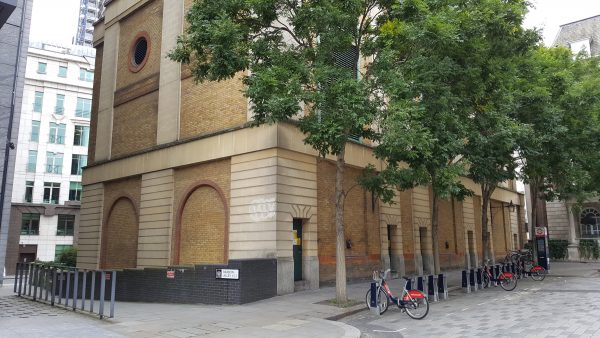 The alley itself was carved out of the park area, and given the name Barbon Alley, after Nicholas Barbon, a most curious character indeed.

He was an economist, physician, and most notably, building developer in the years after the Great Fire of London.

Among his many developments, in 1675 he bought a former country mansion on the site for development, with the modern Devonshire Square occupying the mansion house’s garden.

Although the Square is old, none of the buildings from the original development are extant, although remains of a wall of Fisher’s Folly survives, forming the lower part of the rear wall of 4-18 Devonshire Row. 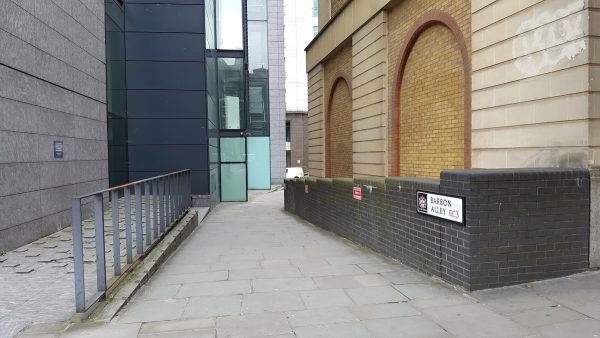 Apart from his building exploits, what makes Nichola Barbon famous is his name. Well, his full name, which read Nicholas If-Christ-had-not-died-for-thee-thou-hadst-been-damned Barbon.

His unusual middle name, given to him by his strongly Puritan father, is an example of a hortatory name: religious “slogan names” were often given in Puritan families in 17th-century England. 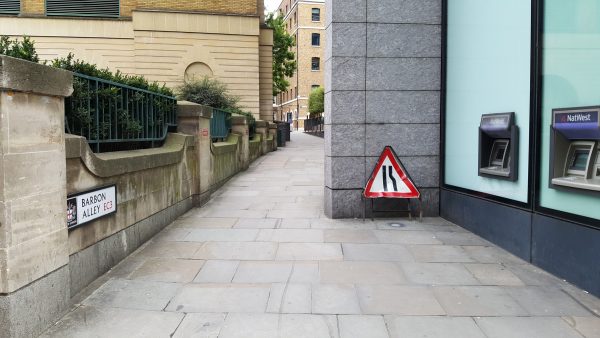 The alley is modest, but its namesake was, at the time, quite famous.

What a pity the alley didn’t include his middle name as well, as the street sign alone would be rightly famous by now.