It was one of the jewels in the crown of Georgian London: a building so unusual that a suspicious public were unconvinced it would remain standing when it was built in 1762. Designed at the height of the eighteenth-century craze for Chinoiserie, The Great Pagoda at Kew was famously adorned with eighty brightly coloured wooden dragons.

The dragons were the talk of the town for twenty years, before disappearing in the 1780s, rumoured to be payment for the Prince Regent’s gambling debts. 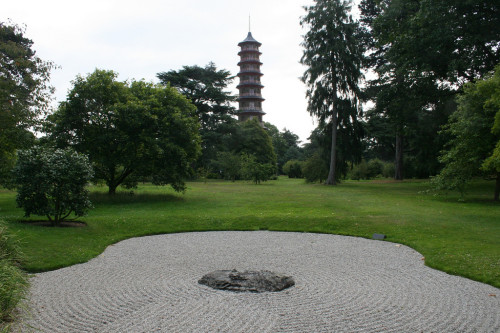 Today, Historic Royal Palaces and the Royal Botanic Gardens, Kew, have announced that the dragons are set to return to Kew Pagoda once more as part of a conservation project which will see the building returned to its 18th-century splendour.

Probably commissioned by Princess Augusta, and designed by architect Sir William Chambers, Londoners and tourists alike flocked to see the striking 163ft (nearly 50m) tall building, which formed part of a homage to the Grand Tour in the famous gardens. Observers were most impressed by the seemingly golden dragons, designed to dazzle. Though memorable, the dragons were removed in 1784, when repairs were undertaken to the building’s roof. Though rumoured to have been payment for the Prince Regent’s debts, experts believe that, being made of wood, they had simply rotted over time.

When it first opened, the British Evening Post said that the view from the top could reach as far as 40 miles.

The Pagoda is expected to re-open to the public permanently in 2017. 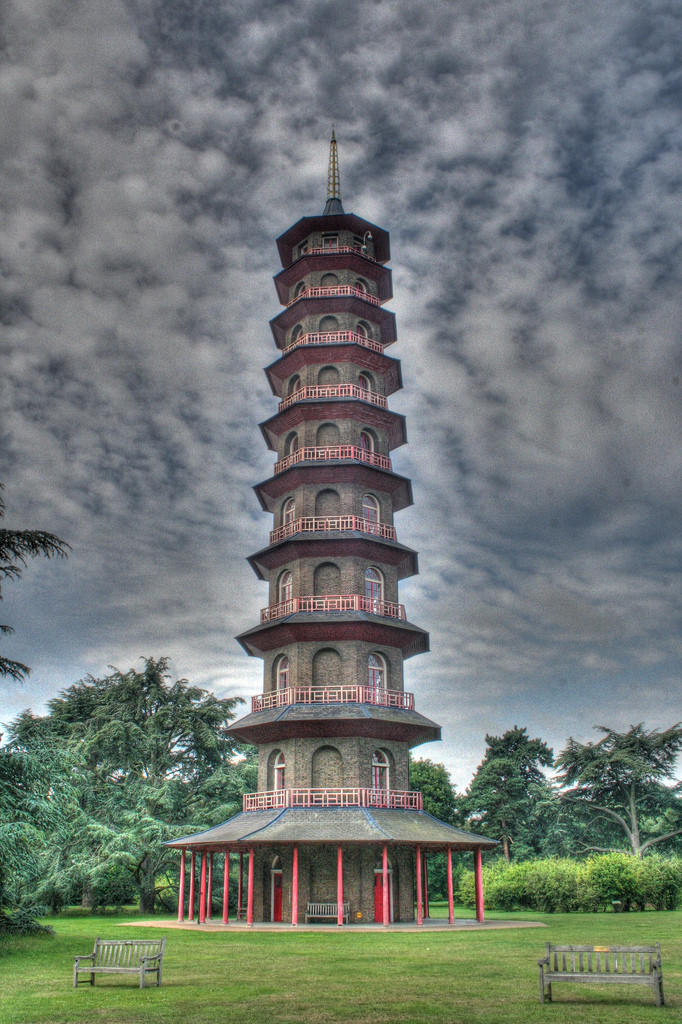 (Now, how about reopening the Duke of York column as well?)