Named for the saintly church that once stood on the same site, the monolith has an almost evil feel about it, stomping down on the Christian relics at its base. 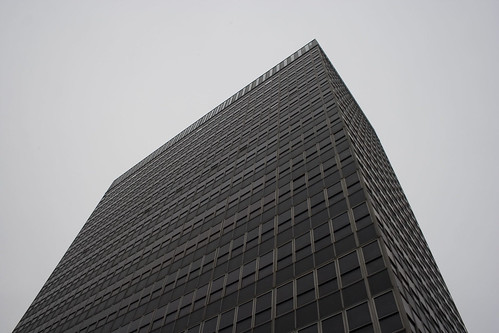 Although when up close, the building reminds me more of the black leather and steel furnishings that dominated inspirational homes of the 1980s, the design actually dates from the late 1950s as part of a wider scheme along the London Wall.

It is also the last remaining tower block from that era to retain its original cladding unchanged from when it was constructed. The other five tower blocks from that development have long vanished, and this remnant is soon to go as well.

I have never particularly liked the building, mainly thanks to the oppressive and unforgiving way it sits on the ground, with no major entrance foyer to welcome people in, it feels more like a fortress than an office block. Indeed, until I researched it, and thanks to the large amount of air conditioning vents on one side, I did wonder if it was a computer data centre and not designed for human occupation. 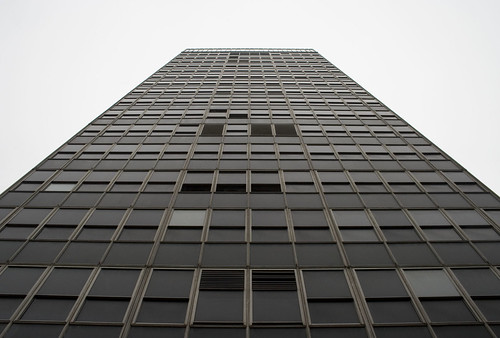 The building sits on the City Highway, an elevated pedestrian walkway, which like most such structures of the time has been somewhat neglected and never quite lived up to its promise. The walkway has been derelict since 2008 when the upper level pubs and shops that cluster around the monolith were closed down in anticipation of its then-imminent demolition.

Remarkably, there were also six residential flats at the top of the building — although now vacant they were only accessible by a staircase from the 18th floor and used by City employees. 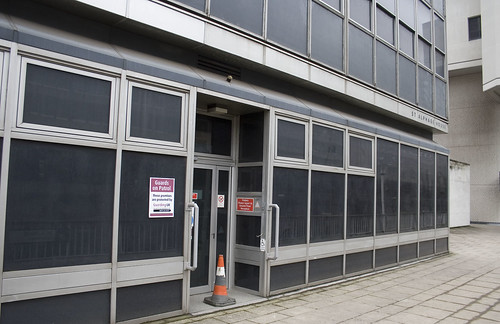 The road below, officially London Wall, was codenamed Route 11 during the post-war planning years and built as part of a wider scheme based on the opinion of the time that the roads would be king. As such, the plans were scrapped, and what is left is an odd runt of very wide road that doesn’t really go anywhere. 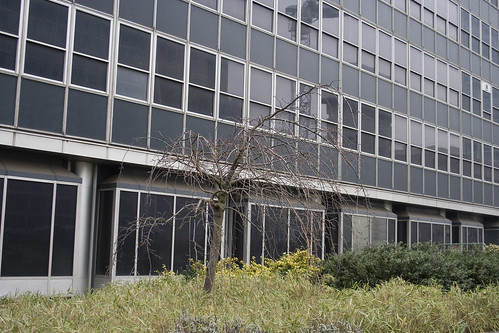 The interior was reportedly gutted in 2009 to make the building unusable, in order to avoid a £1.5 million annual tax bill while it waited to be demolished, and planning permission was finally granted for a replacement of the whole area with a series of new buildings in 2011.

Part of the plans, while retaining the high-walkway will also take advantage of the wide road below to create more ground-level pedestrian spaces. I personally like the separation of human from road, but the elevated walkways need a lot of looking after if they aren’t to become social deserts in the urban landscape.

The site was put back on the market last year though and the future of the site is still uncertain. London’s black monolith could be around for a while longer.

I’m looking for somewhere cheap to live – I wonder if those roof-top flats are still available?