The bronze statue of a shoemaker can be found on a side street in the City of London in memory of those who worked in the area during medieval times. 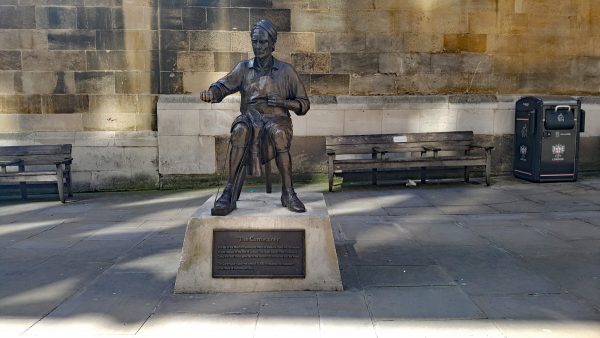 The site of the statue is in the ancient City Ward of Cordwainer, the centre of shoe-making in the medieval city. The name of Cordwainer comes from the fact that the finest leather for shoes at the time came from Cordoba in Spain, which gave rise to the name for those who worked the Spanish leather.

The leather was particularly prized thanks to a process that softened the hides using alum from a secret method imported from Africa by the Moors.

Global trade is not a modern invention. 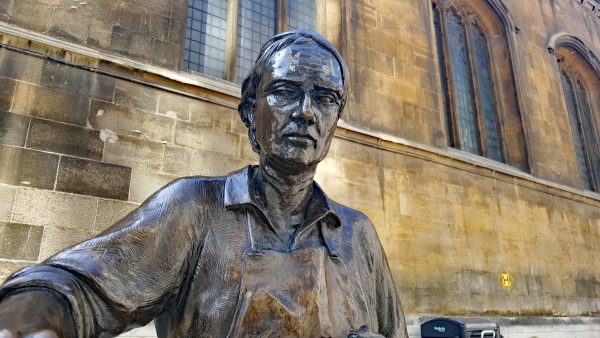 The Cordwainer statue itself was erected to celebrate the centenary of the Ward of Cordwainer Club.

It was funded by the City of London, the Ward Club and some individual members of the Club and businesses. The bronze statue, the work of Alma Boyes, was unveiled in 2002 in a temporary location in Bow Churchyard.

It was later relocated to its permanent home in the newly paved area of Watling Street alongside St Mary Aldermary Church.

It shows a shoe worker hard at work frozen in time, with the veins bulging as his hands worked the heavy leather into the fine shoes for the rich merchants of the city. 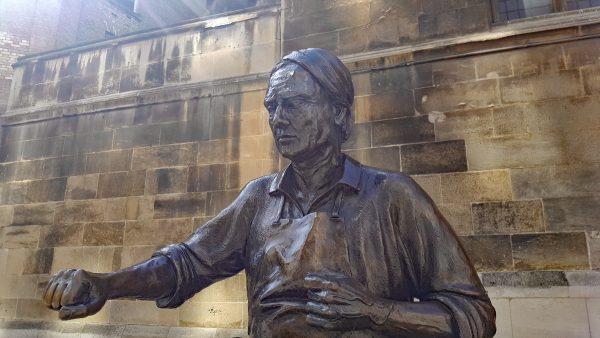 Incidentally, while cordwainers make shoes, it’s cobblers who repair them.