This may look like a typical bit of military history on a plinth, as seen in many places around London, but in fact it’s London Underground heritage being celebrated here.

Both the plinth and the statue are significant for different reasons. 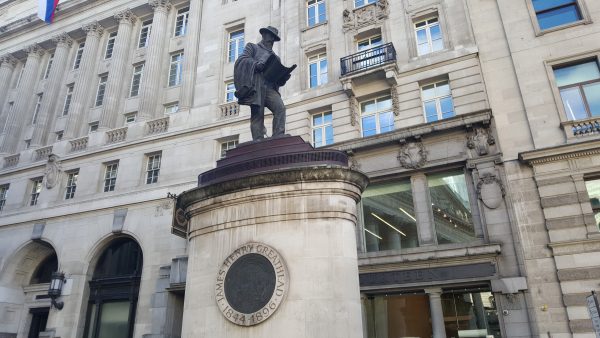 The statue, in bronze, is of James Henry Greathead, the inventor of the travelling shield that made possible the cutting of the tunnels of London’s deep level tube system. Without his insight, tunnels could still be dug, but far slower and it was much more dangerous. 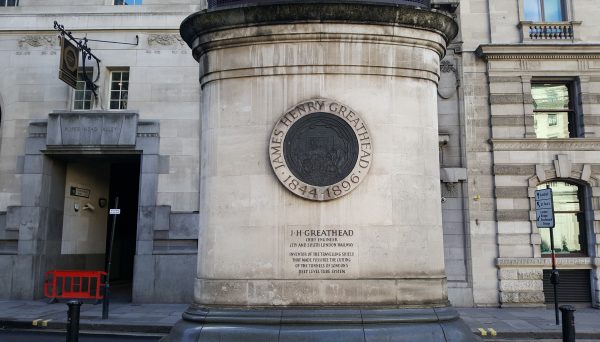 The statue, by James Butler RA depicts a Greathead wearing a broad-brimmed hat (an allusion to his South African origins) and carrying a coat over his right arm, holding a piece of paper which he is reading.

What’s particularly delightful about this statue of a engineering pioneer is that the plinth he stands on is in fact a ventilation shaft for the London Underground. If you look around the base of the statue you can see the air grills to let cooler air into the tube tunnels below.

The plinth is also decorated with elements of tube history. The base bears a bronze plaque on one side depicting a tunnelling shield with an inscription that credits Greathead as being the “inventor of the travelling shield that made possible the cutting of the tunnels of London’s deep level tube system”. The other side of the base bears the carved stone badge of the City & South London Railway. 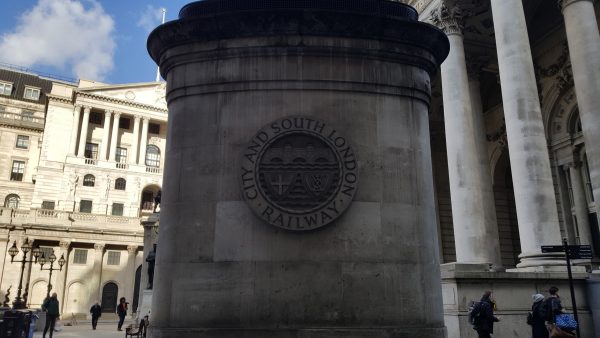 The statue and ventilation shaft were put here in the early 1990s, when a new entrance to the tube station was constructed in Lombard Street.

The final statue was unveiled by the Lord Mayor on 17th January 1994.

He is buried in Norwood Cemetery.

Part of the original Greathead shield was discovered deep underground when the DLR was being extended to Bank tube station, and can be seen in the tunnel leading to the Waterloo & City line.