Published 31 May 2018 by By Ian Mansfield London Public Art

A stone plinth with the striking bust of a young lady staring impassively across the Thames towards Parliament, this is the memorial to those who died in secret operations during WW2. 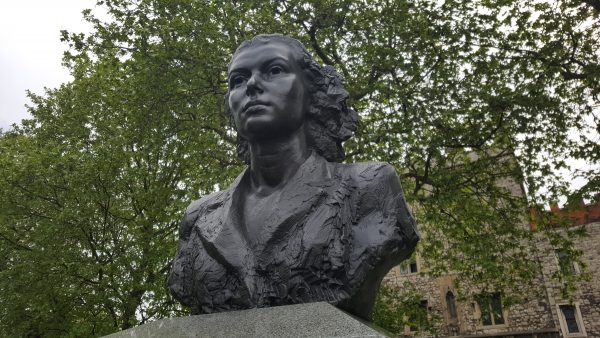 The bronze bust gazing out across the Thames depicts Violette Szabo, one of Britain’s more extraordinary under-cover agents.

Born to a French mother and English father, Violette grew up in Brixton but when her husband was killed fighting in North Africa, she enlisted in the secretive Special Operations Executive.

Her first mission was a success, but she was captured and killed in the second. She never gave any secrets to the enemy under presumed torture, and was posthumously awarded both the George Cross and the Croix de guerre. 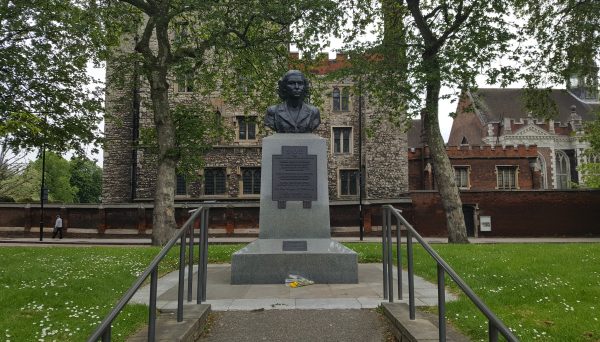 Although her bust, by the artist Karen Newman dominates, the memorial is to everyone who died on secret service. Two plaques remember the SOE’s most famous raids, on Telemark, which delayed the Nazi work on their own atom bomb, and the 470 agents who engaged in sabotage efforts in France.

The SOE was not entirely uncontroversial, being outside the control of the military, and some of its actions, in hindsight might have done more harm than good. But that’s usually true of any operation in wartime. 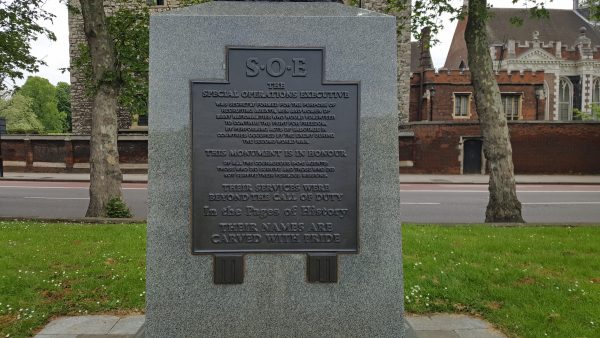 In a sign of the modern times though, there’s a warning that the bust is protected by CCTV, and a warning that anyone in a wheelchair should seek assistance if going up the slight slope to the memorial itself. 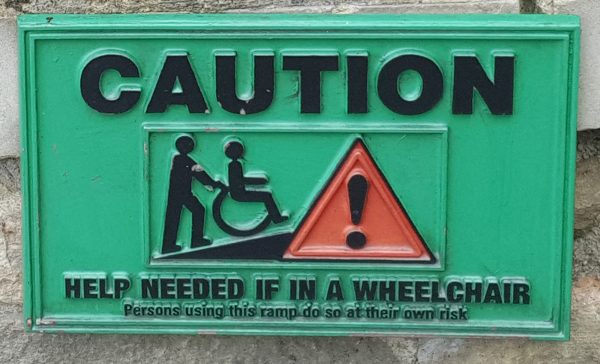 The memorial was funded by the Public Memorials Appeal and unveiled in 2009.