This recent sculpture was erected in 2009 as a tribute to the history of the people who worked in the Royal Docks and their families from 1855 to 1983. 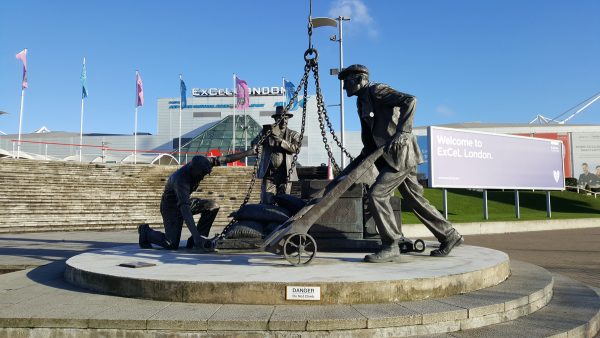 The art work is very much a local initiate, driven by Johnny Ringwood who saw a similar tribute to steelworkers on a visit to Sheffield’s Meadowhall shopping centre and thought something similar would be suitable for the docks. 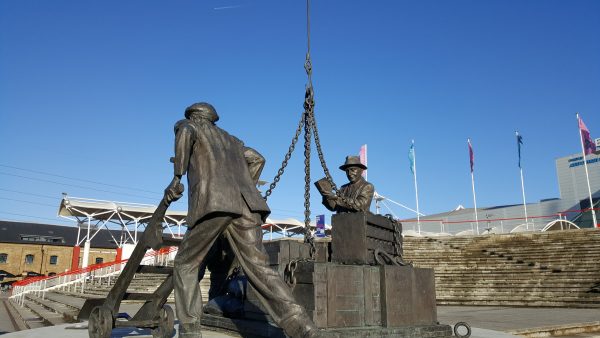 It took about a decade of fundraising to raise the £250,000 needed for the sculpture to be completed.

The work of art was part-funded by the Royal Docks Trust, a charity that still makes grants to local causes. Apart from taking “ownership” of the project the Trust also donated £25,000 towards the cost.  Other donors included the nearby ExCeL conference centre, and the Queen Mother.

The statue was formally unveiled at a special ceremony held on 24th August 2009, which was attended by many former dockers and stevedores and the statue was annointed and blessed by the Rev Canon Ann Easter of All Saints Church, West Ham. 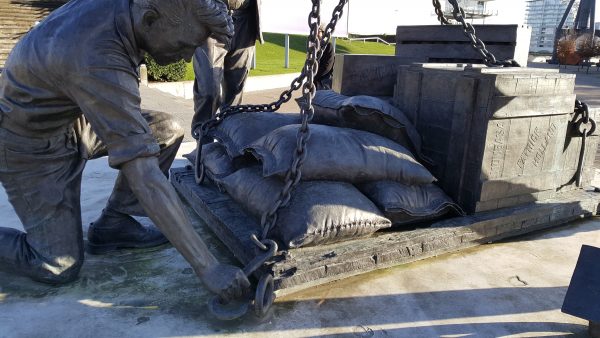 The work was created by Les Johnson, who was born in Australia, but is now based in the UK, and seems to be notable for a lot of military themed works.