This rather weather-worn statue of King Edward VI sits somewhat uncomfortably outside the municipal tiled wall of St Thomas Hospital. 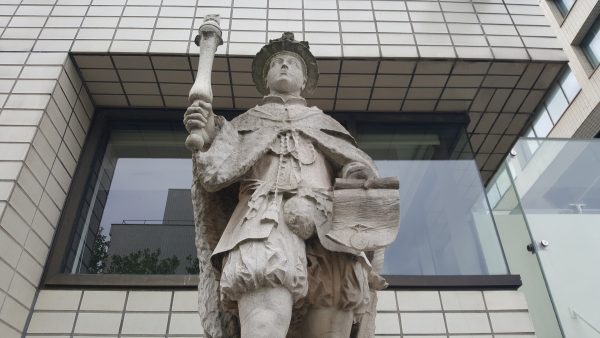 The statue was commissioned back in 1681 by the Governors of St Thomas’ Hospital to adorn the gateway to their old hospital near to London Bridge.

They ordered that Mr. Thomas Cartwright, mason carry out the carving, which was costed at £190.

The choice of Edward VI was thanks to his capacity as re-founder of St Thomas’ Hospital after its closure by his father, Henry VIII.

King Edward Vi was moved to restore the hospital thanks to a well-timed sermon given when the King was in attendance at church by Ridley, Bishop of London in 1552. He agreed to the restoration of St. Thomas, for the relief of the lame and sick.

The hospital limped on rather badly for while they had the King’s support, they didn’t have his wallet. It wasn’t until the late 17th century by when the hospital was in a very poor state that funds were raised for an upgrade and expansion. 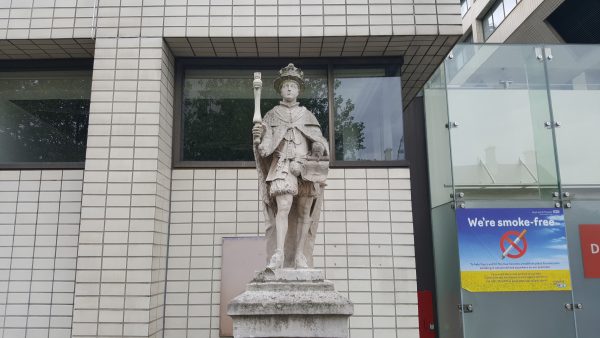 In 1862 the hospital was forced to move to Lambeth by the arrival of the railways, and the statue erected in the centre of the riverside colonnade.

It was moved to its current, rather neglected location in 1976.