This is the last work of art by Jacques Lipchitz, depicting Bellerophon and Pegasus. It was the final sculpture worked on by Lipchitz, and was completed after his death in 1973. 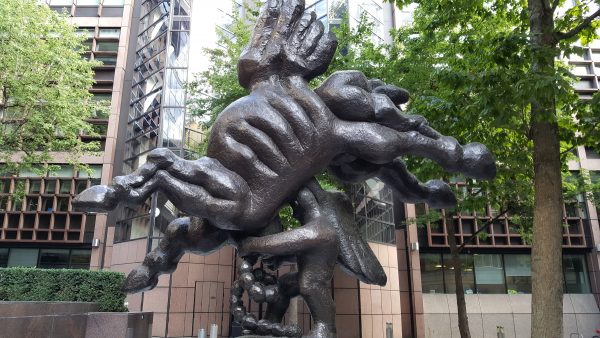 Lipchitz was one of the most prominent cubist sculptors of his generation. As a teenager he moved to Paris, where he mixed with Picasso and Braque. By the time he left Paris for New York at the start of the Second World War, Lipchitz had already established an international following.

The sculpture is actually in New York City, and what we have here in London is a 12 foot bronze cast that’s about half the size of the American original. 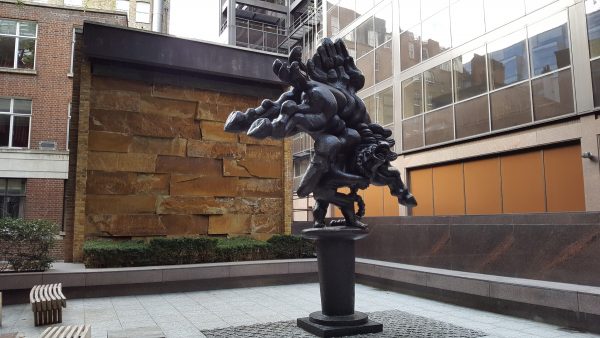 Sitting in a small park on a side street hidden from the crowds, it’s an easy one to miss, but the dramatic motion of the design, with the massive horse almost overpowering Bellerophon with his chains below.

For Lipchitz, this Greek legend represented the dominance of man over nature – Bellerophon, having tamed Pegasus, was sent to kill the monster Chimaera as a penance for rejecting the advances of Queen Argus.

A small building behind has been cleverly clad with a decorative wall that works well with the bronze, and the smaller intimate space created by this little park seems more suited to the titanic battle being fought. 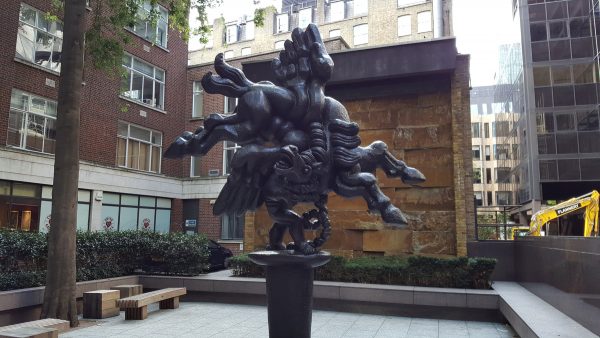 It certainly gives people sipping their Lattes in the coffee shop next door something to ponder over their caffeine.