London Overground station at West Hampstead getting a new entrance

Works are underway at the moment at West Hampstead station to build an entirely new and much larger entrance to deal with the problem of the current tiny ticket hall.

At the moment, what can be best described as a small brick shed with just three ticket barriers and barely enough space to swing a proverbial cat is what serves as the entrance to an increasingly busy London Overground station.

The area is also a hub, with three stations all within a few minutes of each other along a very crowded pavement. The three stations on West End Lane are used by more than 13 million passengers each year, and it’s becoming a serious problem to get between them. 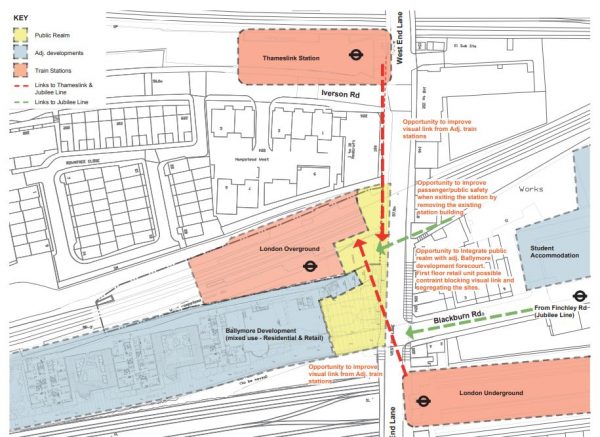 The station originally opened in 1888 as West End Lane station until it was renamed as West Hampstead in 1975, with British Rail taking over North London Railway in controlling rail operations. Subsequently, following privatisation of British Rail, operations were controlled firstly by Silverlink (1997 – 2007) and secondly TfL (2007 – present).

In recent years the operation of the Overground station has become more difficult, as passenger numbers are rising year on year especially during the peak hours, and congestion has become an increasing problem.

While some modest work took place recently at the London Underground station, and a much larger new entrance was added at West Hampstead Thameslink, the London Overground station has been waiting for its own upgrade.

What’s been worked on at the moment then to build an entirely new entrance next to the station and close off the old smaller entrance entirely. The new station will also be set back, providing a wider footway at the entrance, which currently fronts directly onto a narrow pavement.

Some of the funding for the redevelopment comes from Ballymore, who are building just under 200 homes next to the station in a series of low-rise blocks of flats.

A new over-bridge will also include lifts to give the station step-free access for the first time, while the staircases will be double the width of the current wooden stairs.. There will also be a public toilet, on the ticker barrier side of the station. 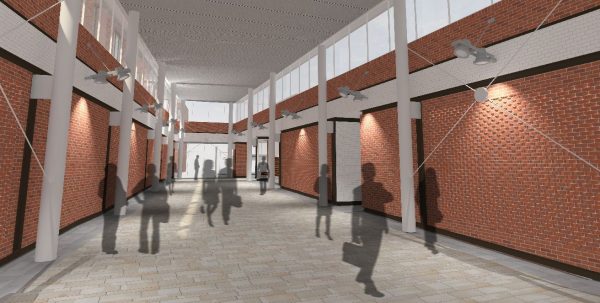 The number of ticket barriers more than doubles to 10 in total. 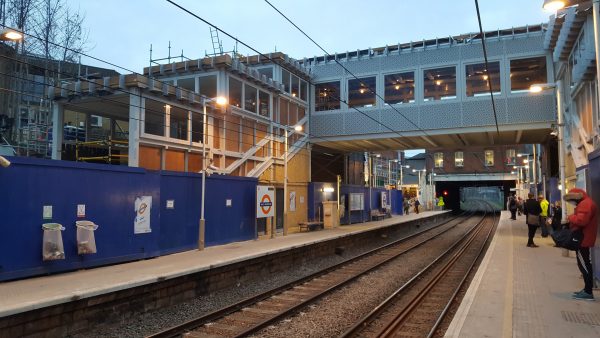 The new station entrance is due to open around August this year.

The existing Edwardian era station building will be later removed, and turned into a “retail opportunity”.