Yet again, London’s museums have topped the annual visitor tally for the top visitor attractions in the UK.

The annual survey by ALVA covers just the “leading” visitor attractions, so it overlooks the vast array of often overlooked smaller museums. Their visitor numbers should be counted by someone, as they collectively will be substantial.

But, of the UK’s top attractions, London’s museums collectively saw 66.7 million visitors, exceeding the UK’s population of around 64.1 million.

The top ten are the top ten you might expect, with one notable change.

Traffic to the top attractions in London saw minimal growth over the previous year, which was put in part to some venue closures, but also a drop in overseas visitors to the UK earlier in the year, and problems for people getting to central London due to the Southern Rail dispute.

The British Museum continued to be the most popular visitor attraction overall for the 10th year running with 6.4million visitors and remaining in 2nd place was the National Gallery with 6.3 million visitors – seeing a 6% increase.

Third place was achieved by the Tate Modern, which saw 5.8 million visitors; the Natural History Museum moved to 4th place, and Southbank Centre was 5th – mainly caused by the current closure for refurbishment of Queen Elizabeth Hall, Purcell Room and Hayward Gallery, which re-open in 2018.

The Royal Academy credited their 17% increase to several exhibitions including Painting the Modern Garden: Monet to Matisse in the spring and their annual Summer Exhibition which attracted over 229,200 visits. This was the second highest total since 1955 and only the 7th time since World War 1, that they have surpassed 200,000 visitors. ‘Abstract Expressionism’ at the end of the year attracted over 20,000 visitors in just 4 days during the Festive Break. The V&A was in 8th place receiving just over 3 million visitors.

The Tower of London saw its second annual decline in visitors, while the newly consolidated Greenwich museums visitor numbers were flat against the previous year.

The big change is that the Royal Museums Greenwich have jumped into the Top-10, but only because this year they are counted as one attraction, whereas in the past, the four museums in Greenwich were listed as separate museums.

That decision pushed the National Portrait Museum out of the Top-10 this year. 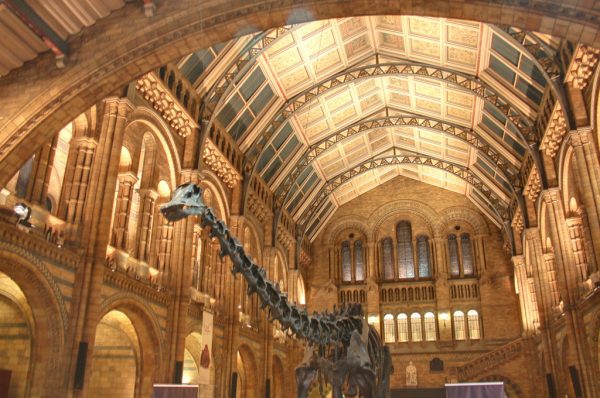