Lewisham council has issued a call for the Overground to be extended to Lewisham town centre as part of a wider series of improvements to the local rail and DLR networks. A report, produced last year, was presented at a council meeting last week for approval, and it includes a number of suggestions to improve rail services in one of the worst served parts of London.

Although the borough has a lot of railways running through it, it has rather fewer trains stopping at stations than would be ideal. In fact, their calculations show that on a basis of a train every 10 minutes, hardly any of the railway in the borough meets that standard.

What the plans call for, amongst other things, is for Lewisham station to become London’s fourth orbital hub, a point where many lines converge to enable interchanges that avoid travelling into the centre of London and back out again. 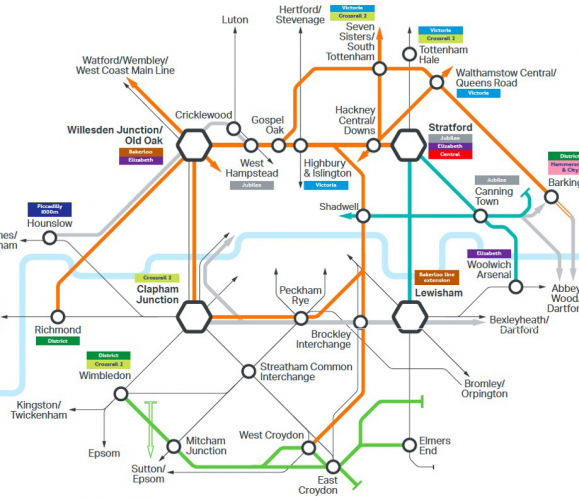 Network Rail has already looked at how to increase capacity at Lewisham station, so that more trains can stop there, and also to cope with increasing demand. When the Bakerloo line arrives, there will be a huge surge in people swapping trains at the station, and the current small tunnels and corridors won’t cope.

In order to become the interchange hub, in addition to the arrival of the Bakerloo line, the council is promoting the idea of extending the Overground network from New Cross to Lewisham. That could make use of existing tracks, but on already congesting lines, it’s difficult to see where the capacity would come from.

Initial work was undertaken by TfL to identify the physical works required to deliver the junctions and platforms for this extension. It concluded that while it may be possible to construct the extension, timetable constraints would impact the service that could be offered.

The council says that it will continue to advocate for safeguards that would allow the extension to be provided and will engage with the service planning process to ensure that suitable paths are reserved for this extension.

The council also plans to lobby for any works to Lewisham station to allow for delivery of an Overground extension at a later date. 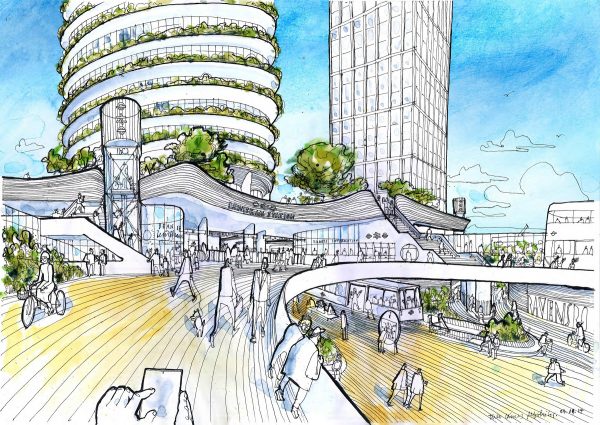 Their report said that this would serve the Borough’s growth areas at Catford and Lower Sydenham and facilitate more journeys from the south of the Borough to the employment and transport hub at Lewisham town centre. 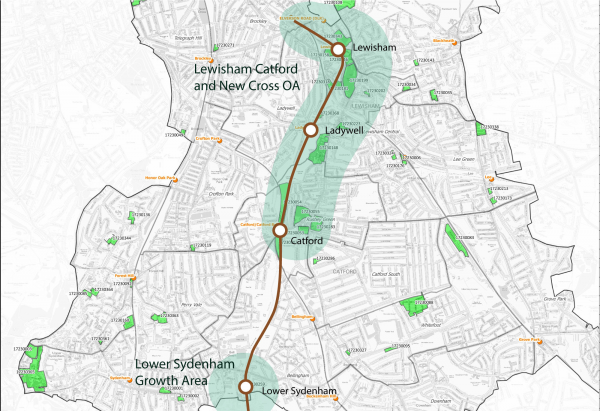 Away from Lewisham centre, the report also adds support for a planned upgrade at Brockly station. At the moment, the station has two platforms, supporting north-south services. However, right next to it is an east-west line, that until 101 years ago, also had its own station, Brockley Lane.

The plan is to restore the lost platforms, and create a single interchange station allowing a much wider set of journey options.

At the moment, none of the plans have concrete funding in place, and most are going to be reliant on the usual mix of TfL funding and local developments stumping up cash in exchange for planning permission for their tower blocks.

The full report can be downloaded from here.