Published 27 March 2012 by By Ian Mansfield Events and Tours

Next month, every single old fashioned television in the London area will stop receiving a TV signal as the main broadcast tower at Crystal Palace switches to digital only broadcasts.

Signals sent in easily decoded waves will be replaced by a stream of digital bits and bytes that only a complex computer algorithm can understand. Digital squeezes more channels into the same space, but aliens listening for signs of intelligent life will see hints of regular radio patterns being replaced with random gibberish.

Digital also means less radio spectrum required for broadcasting TV signals, and more for them to flog off to the mobile networks, so they can use the bandwidth to deliver YouTube videos to mobile phones.

A press release – which I would ordinarily delete, but was actually written sensibly for once announces a GRAND EVENT to mark the switchover.

The Crystal Palace transmitter is to be covered in lights and a “spectacular light-show” will take place on at 9.15pm on 18 April.

I blog about it as this is not some cheezy PR stunt to flog mobile phones (glares at Nokia and Star Wars), but is more a public awareness campaign that TVs will stop working, nor was the press release written in childish fluff – and because it’ll be visible across much of London. Especially from my flat.

Let down a bit by the fluff at the end of the Press Release about a VIP party, which will include Sir David Attenborough, which is wise as he was the controller of BBC2 when it started, and Chris Evans, which is erm.

Quite whether the actual event will live up to the computer graphic we will have to see.

Just don’t try to watch it on an old television. 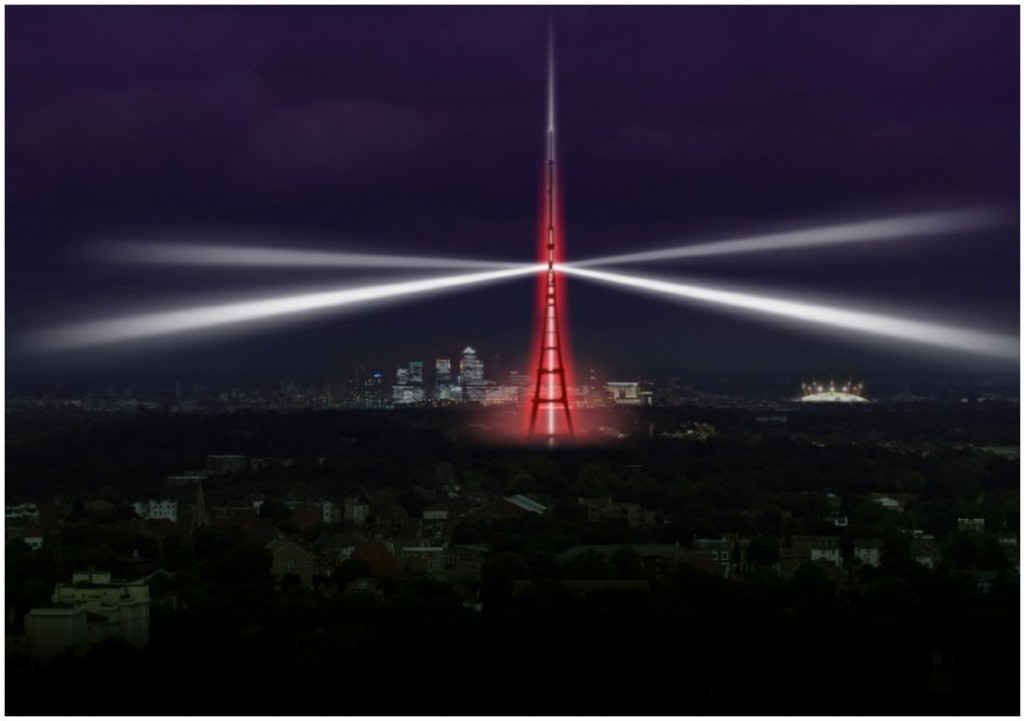 All I need now is for the owners to read my Fantasy Architecture blog post, and replace the steel tower with a tower incorporating a viewing gallery.