You have just one day to pay a visit to one of the least used stations on the Docklands Light Railway before it closes forever. To be replaced with a shiny new station just a few meters to one side. 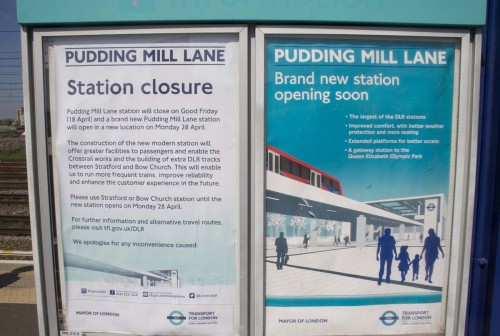 This is an expensive few metres, and almost entirely necessary due to the fact that fast running Crossrail trains prefer straight lines when they emerge from tunnels blinking into the daylight, and as they emerge from a tunnel heading towards Stratford, they would run right through the DLR station.

Not ideal, and the DLR station had to move.

What is still a fairly shabby station, and yet shabby in a sort of charming sort of way will be replaced with a massive concrete and glass box. The smallest DLR platforms replaced with one of the largest. 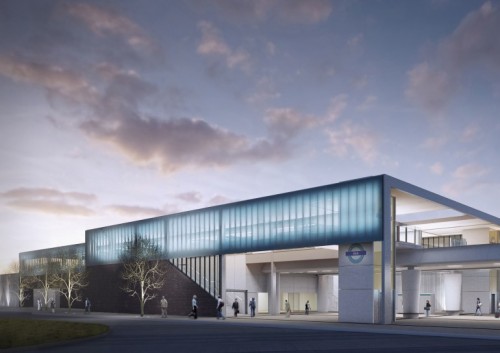 And the tube map loses one of its daggers.

But that is for the future, for the old station remains open until the last train leaves on Thursday evening, well, Friday morning — at 00:47 taking one last trip to Stratford.

I said this seemed an unloved station, and yet it was for a while hugely useful for construction workers on the nearby Olympic Park, and I would often see high-vis clad men waiting for trains home on my visits to the area. Tantalizingly close to the Olympic Stadium, the tiny station coped with builders, but would have never been able to handle the hordes of public attending sporting events — so off to Stratford they went, and the longer route via the shopping centre.

The station also served another useful purpose, as a regular haunt for the train spotter for it sits right next to a major set of railway lines into central London, and is train spotting heaven. I stood there once waiting for a steam train, only for my camera to jam at the critical moment. 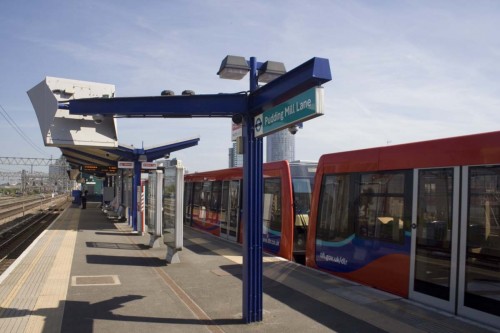 The line the station sits on was part of the original DLR service when it opened in 1987, but the station didn’t exist at the time. Planned, but not built, it appeared as a vacant circle on the early maps as a hint of things to come. And came it did, eventually, in 1996. 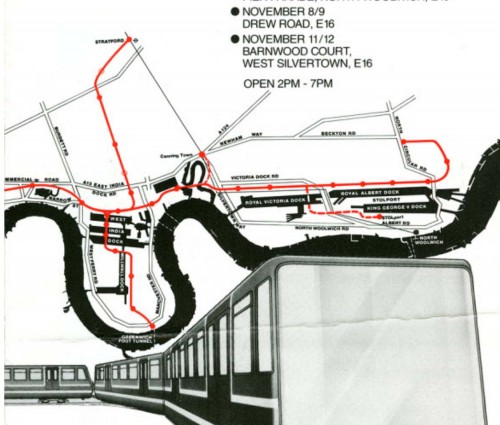 As a station it feels small, and indeed is small, but I think the tiny entrance adds to the sensation.

A lot of DLR stations have an entrance under the tracks, but none seem to have been carved out of shallow arches in the same claustrophobic manner as Pudding Mill Lane had. A narrow staircase up, and to a narrow windswept platform. Don’t use the lift. 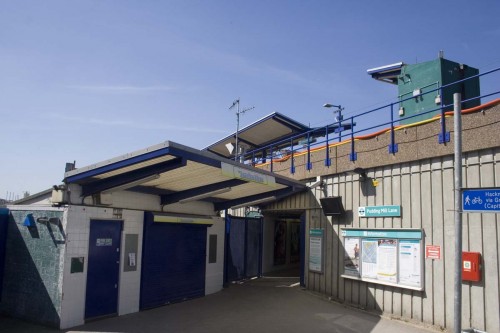 The new station stands to close to the old, and yet seems almost an entire generation away, with its glossy finish, and huge size. If you want an impression of what Canary Wharf station felt like when the enlarged version opened, come here. There was a huge station with hardly any users in the midst of wastelands. The new Pudding Mill Lane station is the same effect.

But people will come, developers are already eyeing up the land for more towers and residents, and the DLR station on their doorstep will be a selling point to the foreign buyers who wont know better. 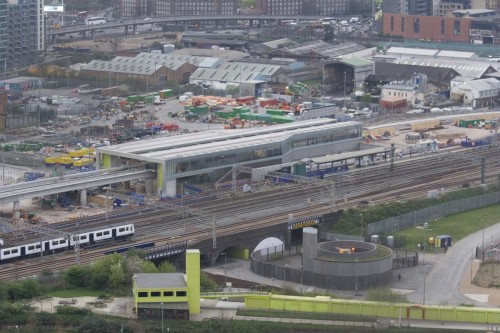 If you want a better look at the plans for the new station, then they are in this PDF document (if the link doesn’t work — seems temperamental — mirror’d here)

The new station has an odd counterpoint in its design, at Shoreditch. Enter under the tracks, and up stairs to the two platforms on either side. Such similar designs, with one key difference. There the station is build inside a concrete box, because it will eventually be surrounded by office blocks. Here the new station is surrounded by glass, because that is the modern fashion, so that waiting passengers have something to look at other than the person on the opposite platform, or their mobile phone. 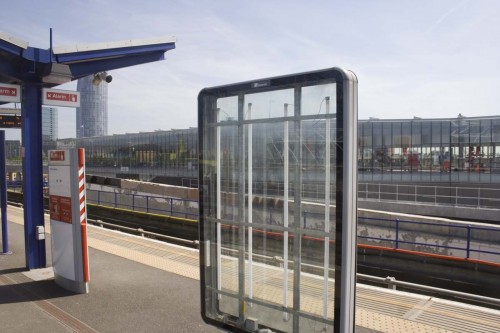 The old station closes on Good Friday, and the new opens on the 28th April.

Giving them 10 days to do the necessary and link up the old tracks to the new and apply the final polish to the new roundels. 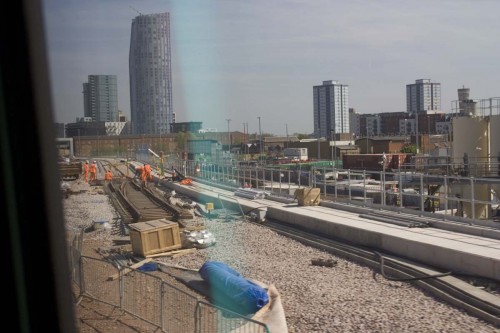 At the time of writing, Wikipedia seems to be having a bit of a temporal difficulty and thinks the station old station was closed on 18 April 2014 and opened (past tense) on the 28th April.

Soon that will be correct, but not yet.

But close it shall, and tracks ripped up, arches bulldozed and a tiny long abandoned coffee shop torn apart. For here comes Crossrail tearing through the land.

But fear not coffee lovers, for the new station includes an area for a retail store between the staircases. Future passengers rest assured, your caffeinated needs are being catered for. 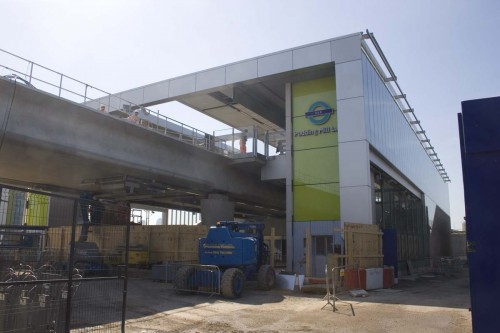 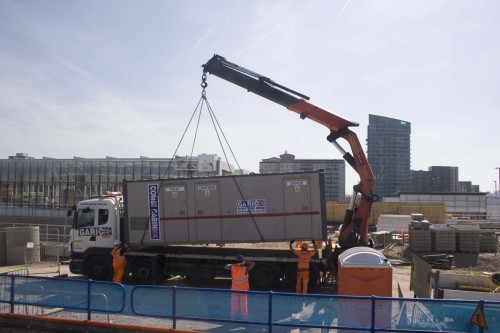 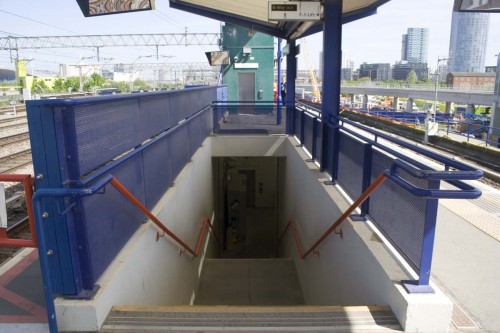 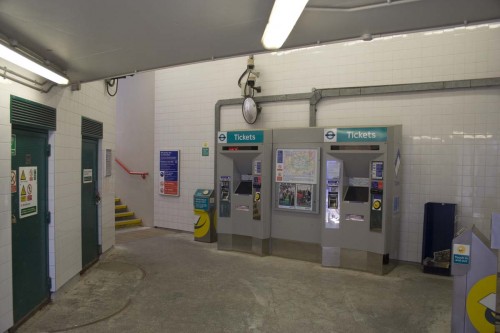 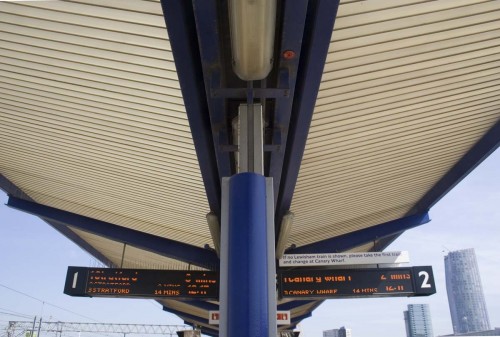 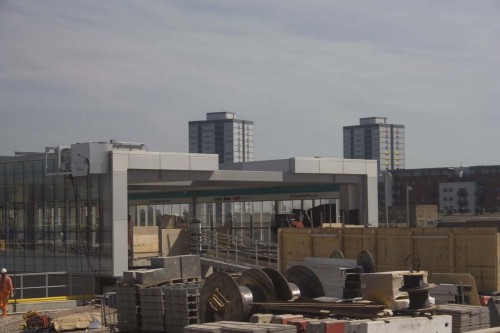 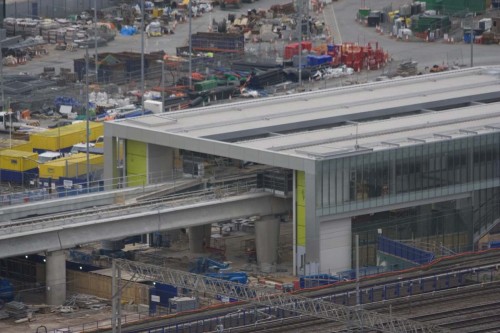