A lump of congealed human waste seems an unusual object for a museum, let alone one to cause so much… is excitement the correct word? Yet, that’s exactly what’s happened as the infamous Whitechapel FatBerg goes on display at the Museum of London. 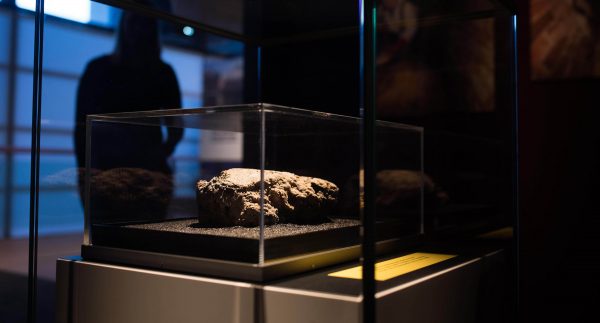 Well, a very small piece of it. Like history, most of the fatberg has been lost, in this case to the diligent attentions of Thames Water keener to clear a blocked sewer than preserve the entire object for posterity.

Why though – what is it about a small lump of cooking fats, nappies, and human waste that causes such a high level of interest?

Most of us never see inside the facilities that lie beneath our feet, a hidden world of tunnels and cables that just occasionally come blinking into the daylight lands when a manhole cover is left off or roadworks reveal the maze below.

Here is a glimpse of that hidden world, but a monstrous vision of a hellish underworld, not the clean ordered system we hope underpins our modern life.

The sewers are Victorian, and here we have a Victorian amazement at the strange things that live in the depths.

See the dreadful and horrific FATBERG brought to you at great risk by brave adventurers for your entertainment!

We crowd around and gasp as the fatberg lies quiescent in its glass case, and we’re tempted to tap the glass to see if we can wake the monster. A 1950s B-Movie that roars to life and consumes all around it until scientists bring it back under control with atomic radiation.

They contain diseases, and can conceal within their rotting bulk sharp needles and blades disposed by the surface dwellers. Even after x-rays to check this sample, it could only be moved by trained personnel wearing full protective clothing. They were in quarantine while the Museum of London built the display, and they had flies hatch out of the fatberg, and mould growth while it was drying out prior to going on display.

Today, they’re still not sure if the fatberg can be preserved for the future, so the fatberg is a transitory visitor from the underworld.

Brought from Whitechapel, home of the dread ripper, see the disgusting FATBERG!

The fatberg is modern, made of modern life, but it feels Victorian. Born in old sewers and darkeness, it could have been born anywhere, but our imaginings of Whitechapel just added to the allure of the fatberg. It should be a relic from the past, from an era of the London fog, of dock workers and poverty. Yet it exists because modern life casually discards valuable waste that our Victorian forebears would have carefully conserved and recycled.

Yet the fatberg is famous for its massive size, its gross representations of mankind’s insolent ignorance of the effects of our actions. A 130 tonne mass of congealed waste longer than Tower Bridge that fascinated and revolted in equal measures.

Like most Victorian funfairs, what we see is a pale shadow of the hype. A small mote of a fatberg that hints at what lurked beneath the streets.

Small that it might be, another fatberg is is being conceived below the streets of London right now,  born out of of the actions of uncaring caterers pouring cold fats down drains and nappies flushed by negligent mums, it will rise and wreak vengeance once more.

The fatberg will be on display until 1 July, and then it returns to the darkness. 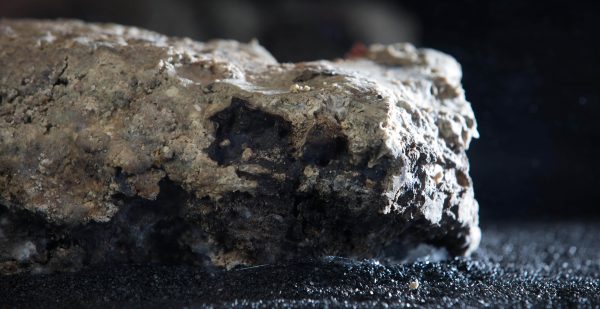