It is one hundred years since an old hospital in the City of London moved away from its traditional home to the outskirts of the city, in what was at the time the small towns around Denmark Hill.

This was King’s College Hospital and yesterday was its annual open day and centenary celebrations.

The reason for the move was practical as the City was by now starting to lose most of its residential population as the growth of the railways made commuting to work a possibility for the masses. As the masses moved to Denmark Hill, so did the hospital. 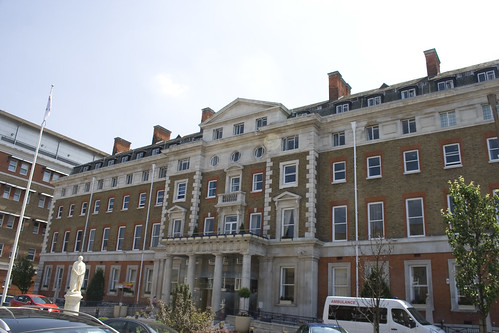 Although the area was described as “delightfully rural”, it still contained a population of around 1.5 million mainly working-class people who lacked any decent medical services.

The hospital actually opened to the ill in October(ish), but as was usual at the time, the official opening actually took place on July 26th 1913 when the King and Queen visited “the extensive new buildings […] which are delightfully sequestered amid its greenery”.

I doubt anyone visiting the hospital today would recognise that description, for while it does sit next to a park, it has turned its back on the greenery and the original building is now surrounded by a huddle of uninspiring NHS clutter that has been allowed to build up around it, and the local streets are lined with equally bland Victorian houses.

As part of the open day, a small exhibition about the history of the hospital was set up in the grand venue of the Directors board room, but it was the chapel that I had come to see.

Pretty much all hospitals have some sort of spiritual facility for those who seek such comforts, and the one within King’s College is said to be one of the finest south of the river.

It is certainly one of the largest — and would put many parish churches to shame for the size of the chapel, located at the rear of the building, and up on the first floor. 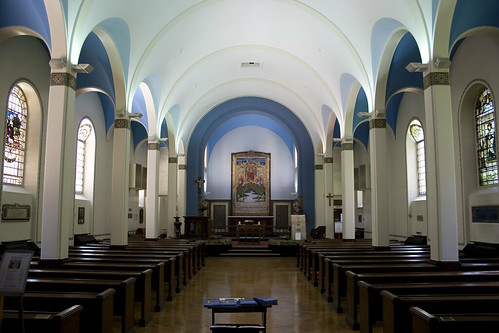 Austere in decoration, the blue/white colour scheme is calming while also reflecting the common colours associated with the Virgin Mary. 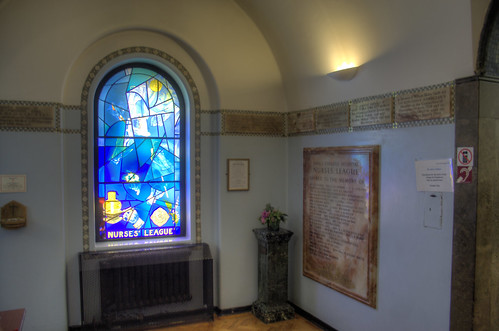 A few paintings are traditionally historical style, but a couple in there looked like the sort of chinz you might find in a poundstore. Alarming!

The chapel is open to anyone to visit, and although within a hospital building, you can realistically just wander in to have a look.

As befits modern changes in population, there is now a Muslim room as well in the building, and a secular sanctuary next door. 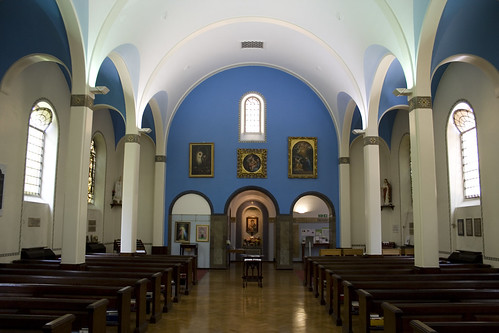 The site of the old hospital in the city? That was taken over by WH Smiths on a 90-year lease.

The rest of the celebrations were largely made up of display stands in the modern building next door and under tented canopies in the car park. The canopies probably ordered to protect from possible rain offered blessed relief from the sunshine instead.

It’s not uncommon for a promotional display stand in venues to offer sweeties for children (or adults). With so many stands in close proximity, and many of them offering sweets, it is possibly just as well that the NHS cluster of buildings included a dental treatment centre.