Probably one of the more famous features of Kew Gardens is the huge glasshouses that protect plants more used to a climate somewhat warmer than can be offered by the UK’s Met Office.

Although the curved glasshouse is the most famous, there are several of them dotted around the gardens and I stuck my nose inside four very different versions.

The first, very small glasshouse is a representation of plants in the past, which apart from a few large ferns and suitably “prehistoric-looking” plants is also by necessity also made up of fake plants dotted around the place. 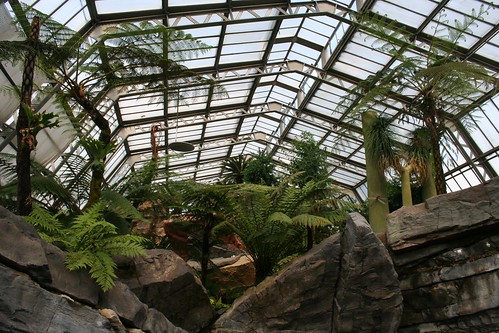 It’s always struck me as odd that any representation of ancient Planet Earth involves lots of stone and narrow paths – never wide open spaces. If I were particularly pedantic, I might comment that they need to clean the display of life 450 million years ago – cobwebs wouldn’t have been around as spiders didn’t exist then. 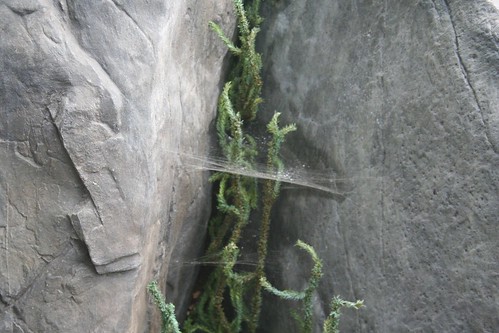 Opposite though is the Temperate House, which was opened in 1863, but took a further 40 years to be finished due to a lack of cash. It is currently the world’s largest surviving Victorian glasshouse.

Last restored in the early 1970s, they freely admit it is in need of a makeover again, and looking around can show signs of decay – especially as the upper walkway is also closed off to the public at the moment. 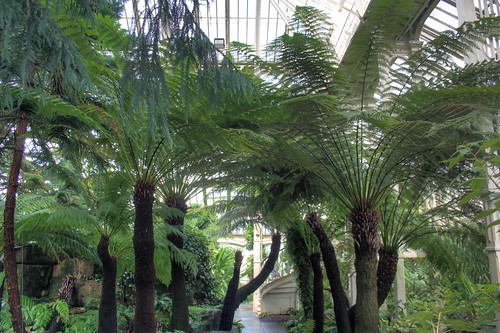 The central highest section of the greenhouse hosts the tallest sub-tropical trees and palms, while the two side wings had somewhat smaller and more arid plants. One wing was part empty due to some maintenance works and I think I missed one brief plant flowing episode as all that was left was a cluster of signs in the dirt marking where plants would have blossomed a few weeks earlier. 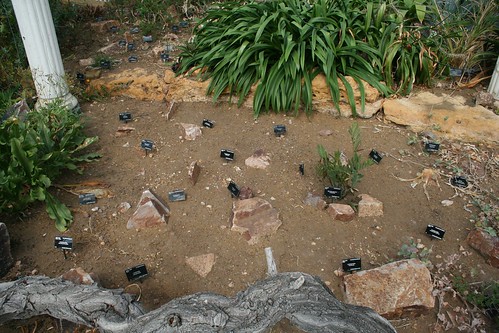 Probably the most famous of famous things though is Kew Garden’s Palm House. Reminding me somewhat of an alien spacecraft, it was actually constructed between 1844 and 1848. 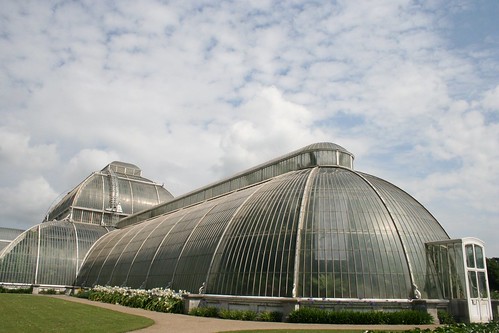 Like the other greenhouses, you have to push against heavy doors to get inside, and whomph, a wall of heat hits you as you squeeze in.

A very humid atmosphere inside is amply aided by the staff adding more water to the plants, and in places, it misted up my camera lens so photos look a lot more tropical forest than it actually is. In fact, I totally failed to get any photos without mist along the upper walkway (which was open!), and although I probably could have waited 10-15 minutes for the camera to warm up, frankly I wasn’t hanging around the narrow walkway that long. Sorry!

It would also have helped if the people walking Down the Up stairs said sorry or thanked me as I squeezed out of their way. Grrr! 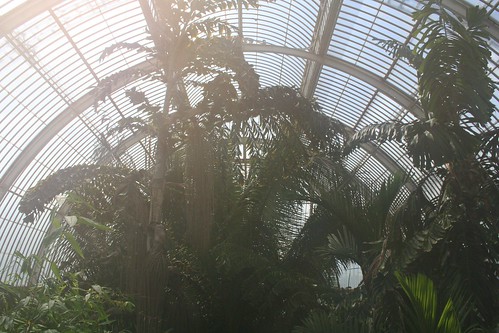 The floor level though is where most of the action is, with a riot of plants hemmed into neat blocks to allow human observers to wander past. A few garish and oversized models of animals were dotted in one area, but the rest was reassuringly devoid of artificial embellishments. 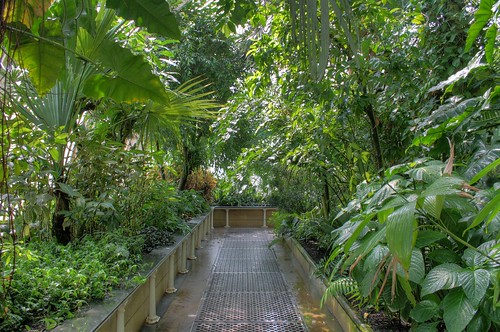 One thing I did not expect though, is that below ground level is an aquarium display. It was also refreshingly cold down here, so I am presuming they save some of the heating bill by extracting heat from the aquarium and using it to heat the greenhouse.

Hmmm, maybe they should put heated greenhouses on top of tube stations and suck the heat from the tunnels?

The next greenhouse is modern. The Princess of Wales Conservatory – named after a Princess who didn’t die in a car crash – was commissioned in 1982 to replace a group of 26 smaller buildings that were falling into disrepair. 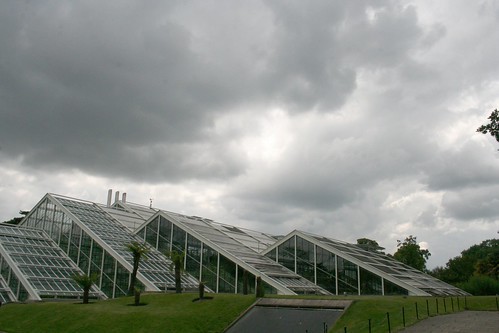 It is also the home to the famous smelly plant that reeks of rotting flesh every few years when one of their several plants decides to produce a flower.

Cool temperature carnivorous plants were on display and behind a glass wall which I will presume was for their protection than to stop them from eating humans. I presume.

I didn’t know there are carnivorous plants in Scotland though! 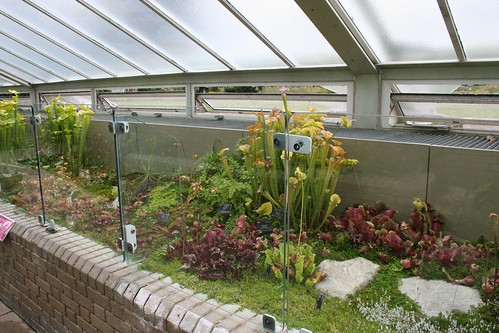 A large section of the display was also given over to commercial plants, such as the cacao, coffee and banana tree. We had a huge banana tree in our garden when I lived in Fiji, until a monsoon flattened it one year. No more huge bunches of bananas slowly ripening in the garage after that.

Most of the commercial plants came with the now obligatory dose of environmental guilt about poorly maintained woods and low wages for farmers.

If the carnivorous plants upstairs didn’t get you, there is also an aquarium down below here as well, including a piranha fish.

I preferred this particular greenhouse to the others, partly as the air was less humid, but the layout and aesthetic is more adventurous and staggered around a number of levels.

Some more photos in the gallery.