Published 2 May 2017 by Day trips from London

A ride in a cute little bubble car railway train through the rolling fields of English countryside just outside London. What could be better? Well you have just two weeks to do it.

It’s the rather affectionate nickname given to a curious little single-carriage train of which barely a handful were made, and just two remain in regular passenger service. 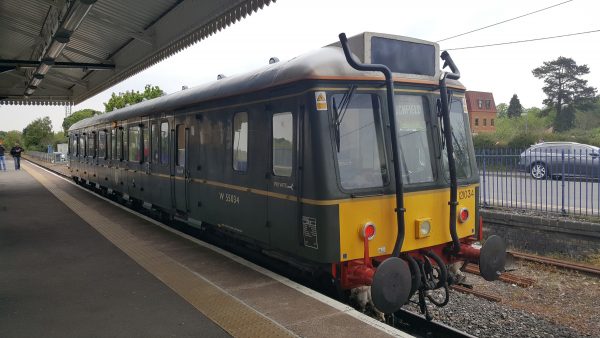 Officially the Class 121, the bubble cars were built to serve little-used railway lines in the 1960s, and are now the oldest DMU trains on the UK’s railways.

However, the two last remaining Bubble Cars in passenger service are reaching a point where it’s becoming no longer viable to run them as public trains, so they are to be retired.

In fact, they semi-retired some years ago, as when British Rail was privatized, the late unlamented Silverlink used them on the Gospel Oak to Barking line until 2001.

In 2003 the Bubble Cars returned, when Chiltern Railways bought one unit, and refurbished it to bring it up to modern operating standards. A second bubble car was bought in 2011.

The two trains have been running the short shuttle between Aylesbury and Princes Risborough ever since. But good times come to an end, it’s getting harder to maintain them, and the trains will be retired on the 19th May with a final farewell.

So, off to have a ride before it’s too late.

Your correspondent didn’t do his homework correctly, and wasn’t aware that the heritage trains only work peak hours, so was left with a 3-hour layover in Aylesbury waiting for the first evening peak train to arrive. I should point out that is about 2 hours and 40 minutes longer than anyone should spend there.

But arrive it eventually did, and a near-empty platform was suddenly deluged with “men who ride trains”, with trademark cameras and big wide grins. Other more commuter sorts got off and wandered off, while train geeks took photos and photos, and more photos. 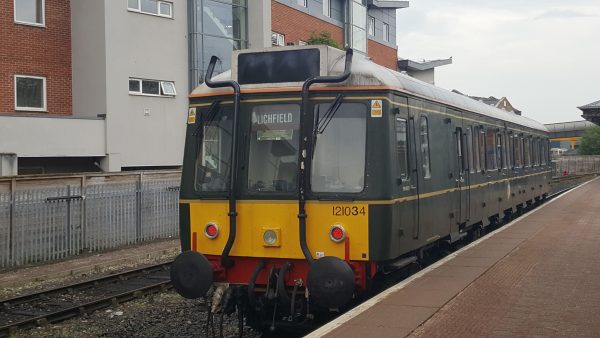 But a train this short doesn’t take long for the driver to walk from one end to the other and head off back to the other end of the shuttle.

On-board, regular commuters were joined by chatty people, happy people, people taking photos and pointing at things. Some commuters spent an ordinary journey buried in a newspaper, or a phone screen. Some kept wondering what was going on. One repeatedly gave the silent exasperated glare of a commuter who couldn’t understand why people were chatting and taking photos – and having had to put her shopping on the floor in an unusually packed train. 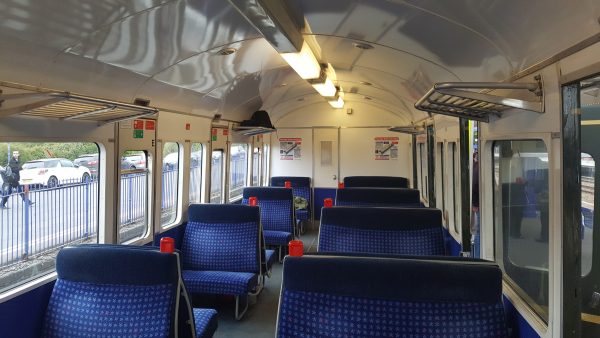 So much chatter about railway stock that would shame a top restaurant, but here numbers replaced flavours. Train geeks like stocks with numbers, but this is the Bubble Car, far too delightful for a mere stock number.

People of a certain age will recall the interiors which were once a common sight on most trains — the red chain to pull in an emergency, the slam doors, the off-limit guard’s carriage, the pull down windows. The short luggage racks that are still much missed on the new Metropolitan line trains. 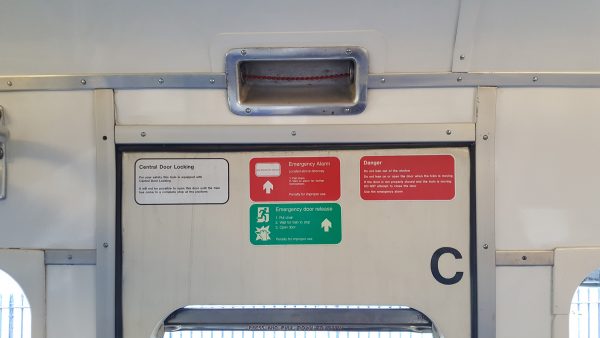 A single track runs through the countryside from between Aylesbury and Princes Risborough, with two tiny single platform stations along the route. A man with camera was waiting at Little Kimble station to get on board, a suit and briefcase commuter disembarked at Monks Risborough station.

The train growled its way along, a rumble and shaking that is unlike anything you get on trains today. The train was alive, an engine that could be listened to for its mood and temperament, a carriage that creaked and groaned. Trains today glide along, a quiet hum being the only sound of energy being turned into motion. Older trains had a connection between man and machine that told you of actions and mechanics going on just beneath your feet. You could feel the machine at work.

Less than 20 minutes of rumbling train ride. The guard announced the arrival at Princes Risborough station and most got off. Commuters to go home, train geeks to take more photos. Some stayed on, determined to get another ride out of the trains while they could. 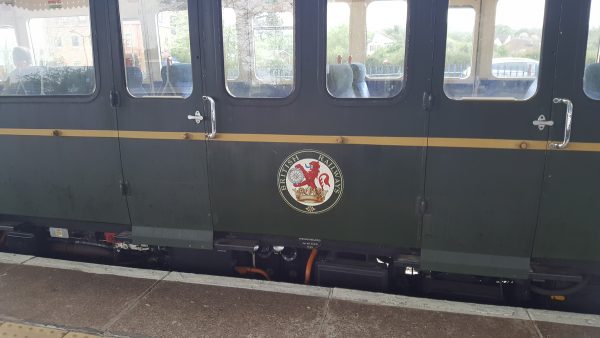 The guard beamed with pride and showed off his guard’s cabin to anyone who sounded enthusiastic. He regularly closed doors to allow the perfect photos and enthused about the train and the line he has worked on for the past fourteen years.

From the 22nd May, ordinary trains will ply the route. They’ll be quieter, faster, cleaner, more useful for the many daily commuters who rely on the railway. People who use the line daily will be delighted.

But the journey will be just a bit more boring. A bit more generic.

Before that though, on the final day, something is being planned. It’s still being worked on, as the second, blue bubble car is in need of some maintenance.

If that can be done, then the hope is to run the Bubble Cars coupled together for the first time ever and run them all day. A first and last for the shuttle line. Chiltern Railways will announce the final details shortly.

And then, after 57 years of service, the trains will be retired and offered to heritage railway lines. 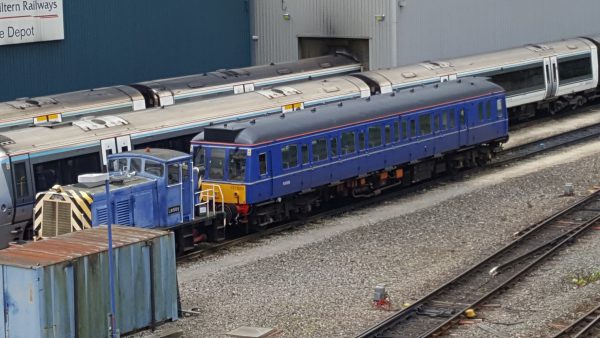 As I screwed up, excepting the possible last-day special the Bubble Cars only run Mon-Fri at the following times:

If you’re making a trip, then Princes Risborough has two extra delights to look at — a huge signal box which is under restoration, but also a short walk from the station is a model railway shop that caters to owners of large gardens, and the staff were chatty and happy to let me take photos.

They also had a scale model of a Bubble Car by the door, if you want a souvenir of your trip.