It’s Flaming June in London but only until April

A painting, once lauded, then lost, rediscovered by a builder, sold for its frame only, dismissed as junk, and now a priceless work of art and back at its place of birth, in London.

The painter was Sir Frederic Leighton, and in 1860 he moved to the countryside just outside London and started building. A custom house for an artist, with a huge studio space and rooms for entertaining. A mansion based on an Italian palazzo, austere and plain on the outside, a festival of decoration inside. 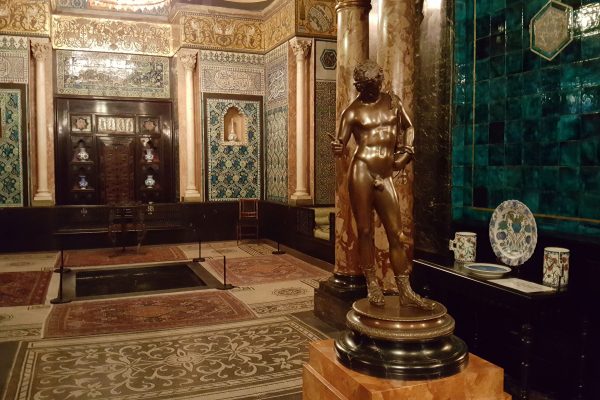 The house underwent a number of expansions over the years, the most famous being the addition of an Arab inspired room on the ground floor. Original tiles were sent over from Syria to decorate the hall from the 16th century onwards, and the occasional Victorian replica to fill the odd gaps. 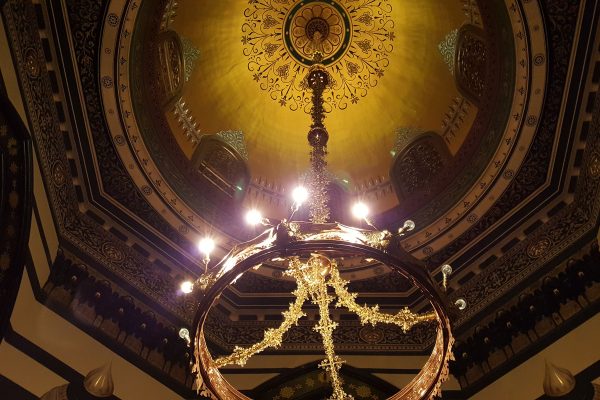 A grand staircase lined with iridescent tiles by the great potter, William De Morgan and walls covered with paintings. Not many paintings from the time that Leighton lived in the house, as he ordered the contents to be sold after his death to raise funds for poor artists. 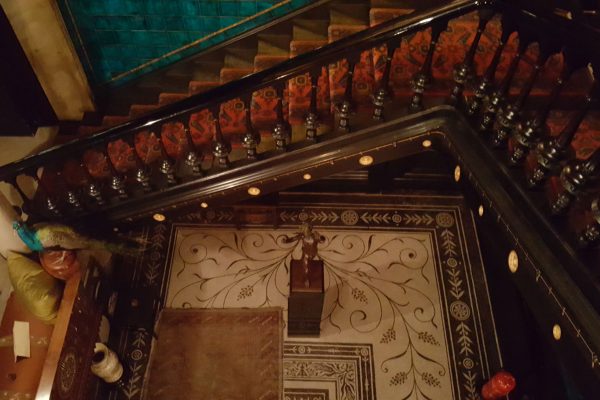 While the house is ornate, and recently restored, it is also a gallery, and upstairs next to the original huge artist’s studio space is an exhibition room.

And it is in here that Flaming June has returned.

Painted by an already ailing Sir Frederic Leighton, it was part of a collection that was to be exhibited in the Royal Academy of Art’s annual Summer Exhibition. Although not considered by the critics to be his best painting of the series, Leighton was said to have remarked that he felt reinvigorated and ready to paint even more and better following his illness.

However, a newspaper, The Graphic spotted it, and noticing its very commercial appeal, bought it with the intention of selling prints. This was a common practice at the time, and copies were given away by the newspaper as a marketing promotion.

Victorian’s loved it, and you could by a framed colour version for 10 shillings. Of which many were sold.

It’s not just Victorian newspapers that have taken to it, with its image reproduced on almost anything you care to mention. 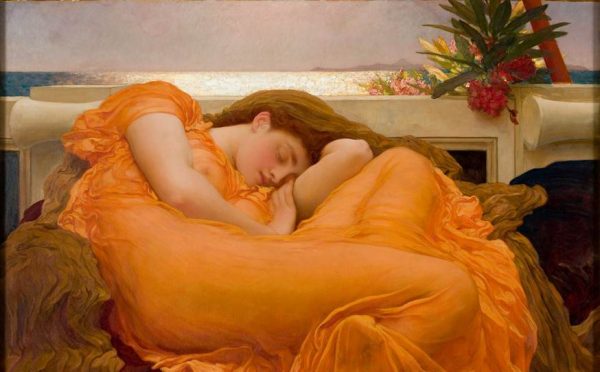 Shortly afterwards, Leighton was granted an hereditary peerage, the only artist ever so honoured, but also in the presumption that a 64 year old childless bachelor wasn’t going to pass the title on.

He died the very next day, which also makes his hereditary peerage the shortest in history.

Buried with much pomp in St Paul’s Cathedral, his paintings delighted Victorian eyes, but the turn of the century saw his style fall into deep disfavour.

His painting, Flaming June vanished, only to be discovered in 1960 by a builder doing work in a house where it has been covered over. Sold for £60 to a local art shop that only wanted the frame, the canvas was nearly thrown away.

Spotted by a young Andrew Lloyd Webber, who was unable to buy it because his grandmother wouldn’t lend him £50 to buy that “victorian junk”, it was spotted by wiser eyes, and after a few deals, ended up in a museum in Puerto Rico, where it is their most important painting on display.

It is now considered to be one of the masterpieces of Victorian art, and nicknamed the Mona Lisa of the southern hemisphere.

But for a while it is back in the northern hemisphere, as it has returned to Leighton’s old home, and is once more on display, alongside the artist’s final paintings in the year of his death.

Leighton House is both a stunningly beautiful building to visit, but also at the moment, a side room in the upper floor contains a fiery heart. 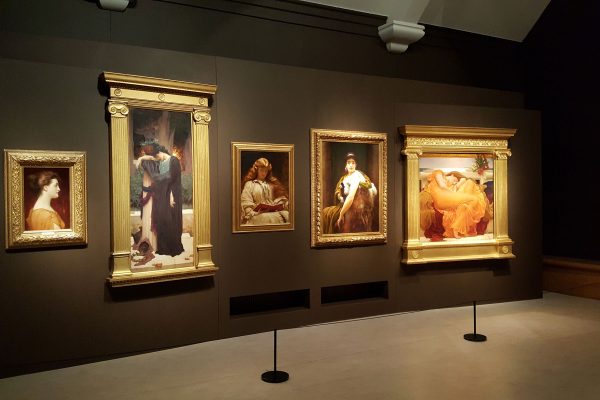 If visiting, I’d recommend the tours at 3pm on Wed and Sat. 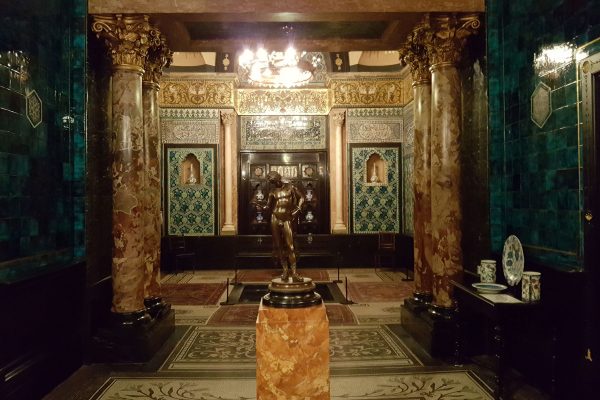