Just outside the Bank of England sits the Royal Exchange, a Victorian building that was one of the first to use concrete in the UK on a large scale – and itself a replacement for buildings that have been on the site since the time of Queen Elizabeth I.

Although the site of a trading exchange since it was founded, the building is now an upmarket shopping centre. Very upmarket in fact.

The original Elizabethan buildings were destroyed in the great fire of London, and their Restoration era replacement also fell to fire in 1838, which gives us today’s building. 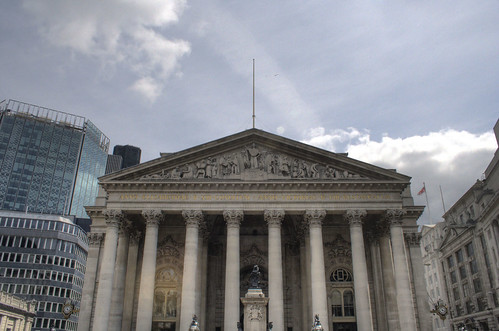 Superficially looking to be made of stone, it is actually made of concrete with a stony façade laid on top. Laid out as most exchanges tended to be – namely a large courtyard with several floors of offices around it, the interior is largely unchanged from its Victorian original.

I popped in early on Saturday morning for a rare weekend opening to have a look and hopefully take some photos while it might be a bit quieter than usual.

Alas, a security guard came up to stop me from taking photos. Well, actually he stopped me after I had taken a few already, so here are the naughty photos I apparently shouldn’t have taken of the super-secret interior of the building. Ohhh! 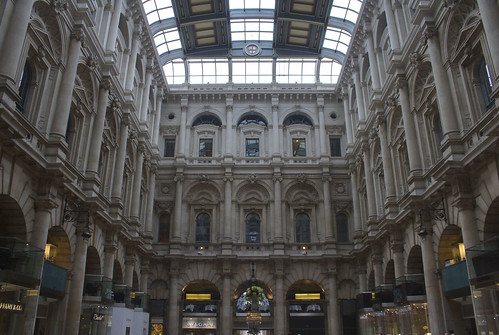 The ground floor is a cafe area and it looked like there is an upper mezzanine with tables, but that was closed off. 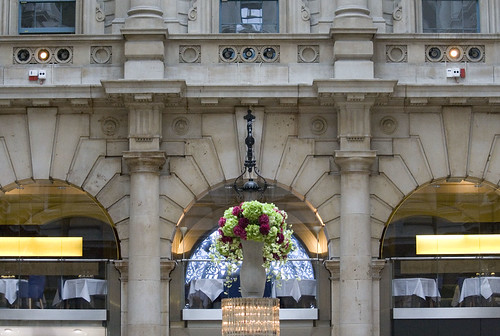 Do take time to go out through a narrow corridor at the rear of the building though, where there is a statue of President Lincoln and some impressive light wells. 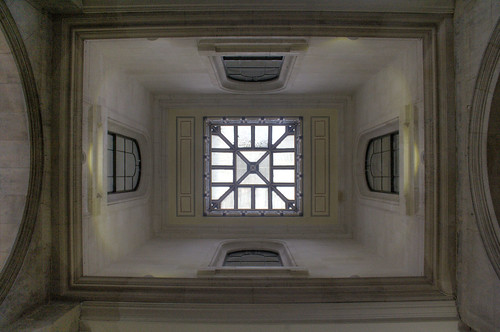 In addition to being a commerce trading centre, and now a shopping centre, the building has a very specific and important legal function – for it is on the steps of the building that Royal Proclamations are read out announcing the Dissolution of Parliament, as took place most recently in April 2010, and presumably will happen again in 2015.