St. Stephen’s is a former church in Hampstead designed in the Neo Gothic style by Samuel Sanders Teulon who considered it the best of the 114 churches he designed.

Work began in 1869, with the consecration by John Jackson the Bishop of London occurring at the end of the year, although the church was still unfinished. It was fully complete by 1870, but was continually prone to subsidence due to being built on that very steep slope.

By the later 1960s concerns had been raised on structural grounds and, with maintenance costs rising and its congregation declining, it was closed for worship in 1977.

It certainly is a very striking building when seen from the outside, and when I was visiting the local hospital a few years ago, noticed its forlorn appearance at the time. 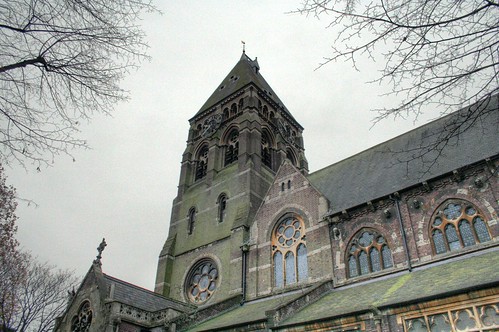 After it closed, there were various plans to do something with the church, from the bizarre offer from one person to buy it and use the nave as a car park for his Ferraris, to an offer from the local hospital to demolish it and turn the whole area into a car park, for less exclusive motor cars.

Plans to turn it into flats also failed (it sits between two very busy roads) and it was eventually turned into accommodation of sorts – as it was taken over by squatters.

Eventually, in 1999, a lease was granted to a heritage body to restore the church building and open it as a community centre, which finally happened in 2009. On an open day this past Sunday, some local crafts were plying their wares and the heritage body had a small table to answer questions about the building. 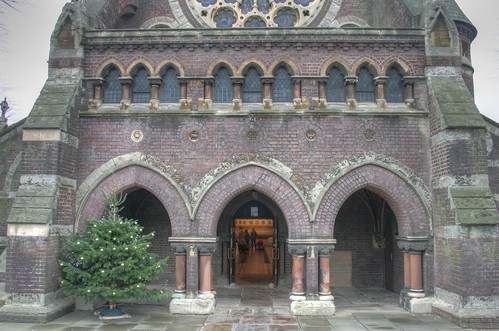 The main church had been stripped of its fittings and is now used essentially as a community space and hall-for-hire to raise money to cover its running costs. The brick-work though is what catches the eye – with minimal painted decoration, the bricks are laid in a pattern that adds considerably to the appearance of an otherwise potentially very bland interior.

Some stained glass windows have survived, although repairs are obvious in places – as has the very impressive wooden beamed roof. 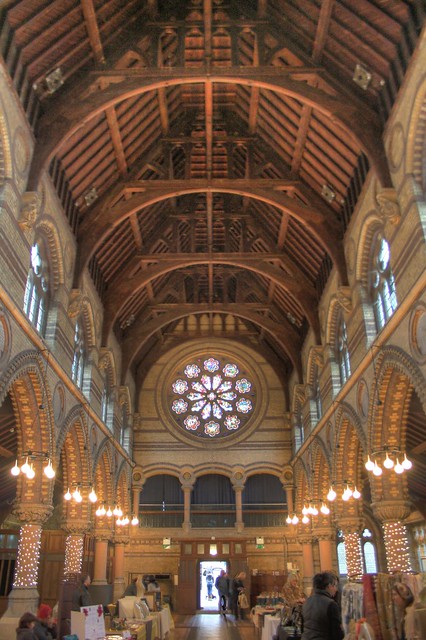 Although de-consecrated, I still felt odd walking into the altar area. I am not a Christian, but because the altar is ALWAYS off-limits in other churches, it just felt weird to be on the raised floor here.

It’s nice to see not only that they have managed to restore the old building, but also have a long term financial plan to keep it open – and it is still being used to provide services to the local community. 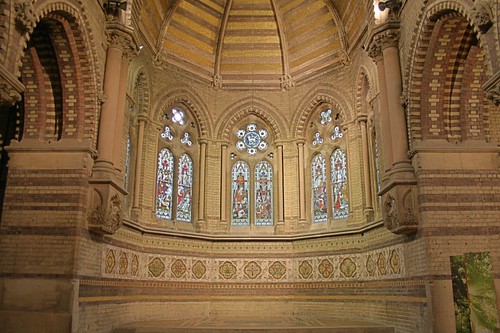 They are currently in phase two of a three-phase plan. The local school is again using the undercroft as overflow space, just as they did when the Church originally opened back in the 1870s.

Their website doesn’t make much mention of open-days, so I thought that they are rare – but it turns out the building is open on the 1st and 3rd Sunday of the month, except when other events are booked.