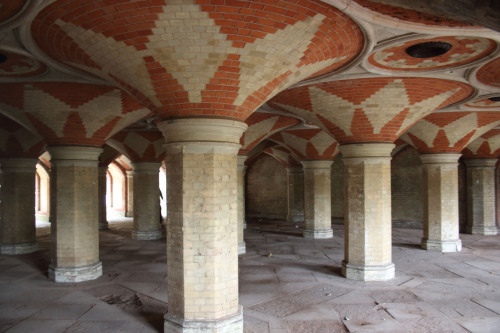 Rarely open to the public, today was a rare chance to have a look inside the Crystal Palace Subway.

The subway owes its existence to the Crystal Palace, which was built in Sydenham, but the existing “low-level” railway station was a bit too far for genteel Victorian ladies, so a “high-level” station was built right next to the vast glassy arcade itself.

The station was ill-fated though, opening a decade after the Palace itself, but at about the same time as the Palace’s popularity had started to wane. Passenger numbers for the new station were low, and collapsed to nearly nothing during WW2.

Although the subway was built for the 1st class of Victorian society, it was used during WW2 for the common folk, as an air-raid shelter. The station finally closed in September 1954, and was demolished in 1961.

The subway though was saved, although closed off and has been left largely untouched ever since.

It can be described as being in three zones — three sets of grand staircases leading to the Palace above, a once glass-covered atrium, and the famous brick subway itself. 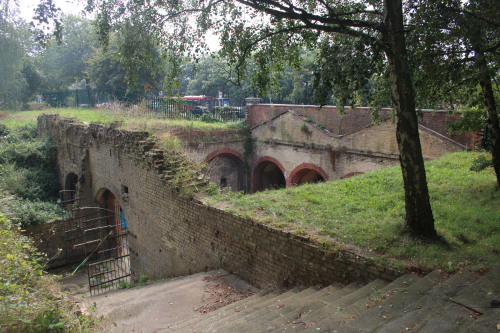 The staircase and atrium are now fully exposed to the elements, and plants who chose to make their home in neglected buildings, but access is still fairly easy down reasonably safe steps. Here, one level below ground the outlines of the old Victorian glass ceiling can still be seen in the walls and the four arches leading to the subway itself. 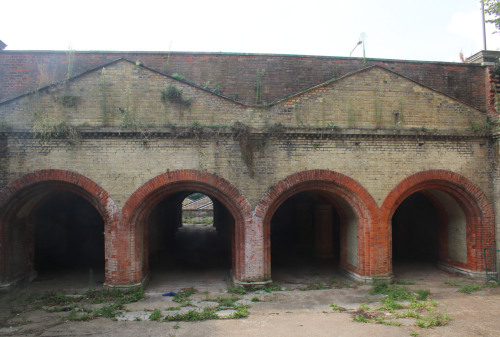 To lock the station up at night, huge wooden doors would have been slid in front of the staircases, and in a rare development, the doors were slid from recesses built into the brick walls. Very tidy and still not all that common a design.

It is however the listed subway that runs under the main road that is the main attraction here. Built by the cut and cover method, it contains 15 columns supporting fan-vaulted ceilings. 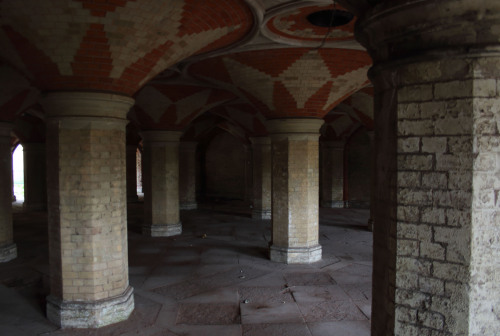 A recent survey by the council found that the structure is still sound and strong enough to carry 40 ton lorries above. Indeed, it is thought to be so well built that it could outlast the surrounding retaining walls before needing serious maintenance.

The columns though, are not solid, but hollow for some unknown reason, not that has been an impairment to their strength. 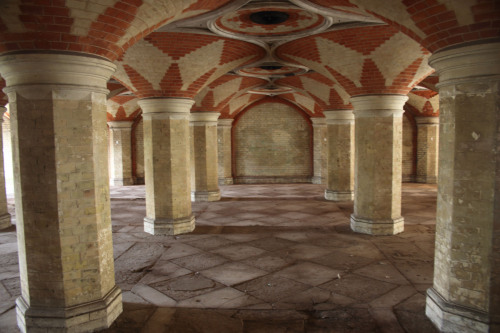 There is a claim that the subway was built by Italian workmen specially brought over for the job — but that might be an urban myth as there seems to be little to support the claim which can only be traced back a few decades.

Black metal circles in the ceiling mark the former locations of gas lanterns, which would have no doubt flickered most decoratively amongst the brick work. 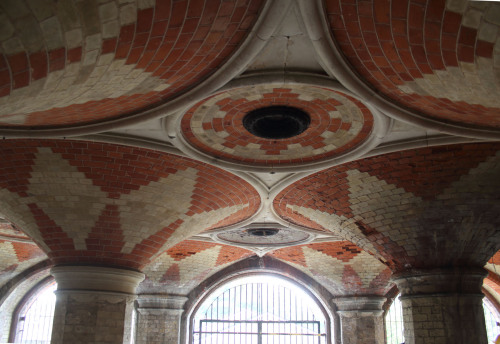 Although called a subway, and indeed is under the road, it is actually above the height of the railway station it once served — so steep is the hill in that area. Locked gates prevented us from accessing the landing where the steps would once have brought passengers up to their private entrance. 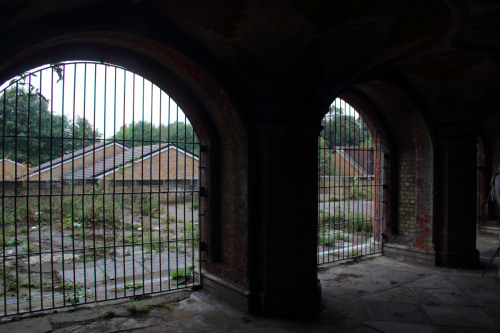 Access to the subway is sadly very tightly restricted by Bromley Council for some reason, and it was only by special arrangement with the Friends of the CP Subway that access was possible for a small group from Subterranea Britannica. 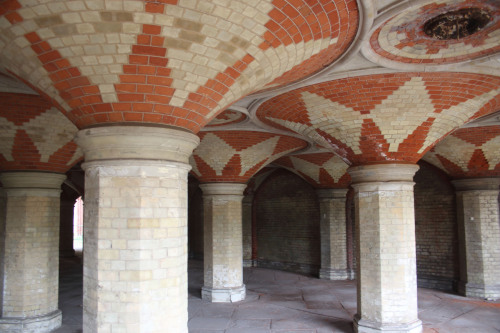 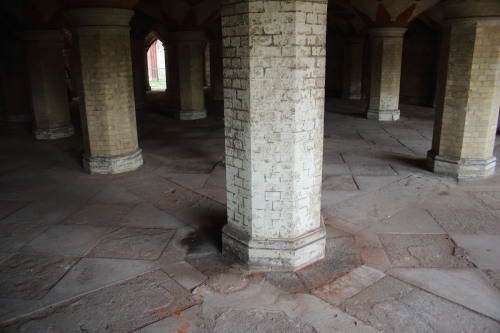 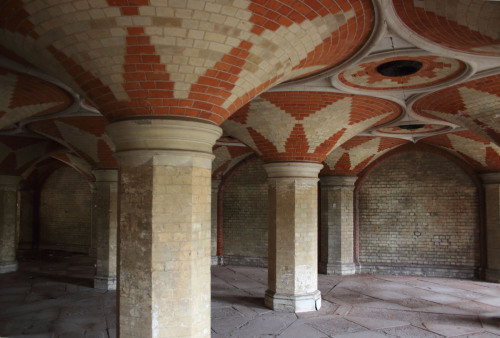 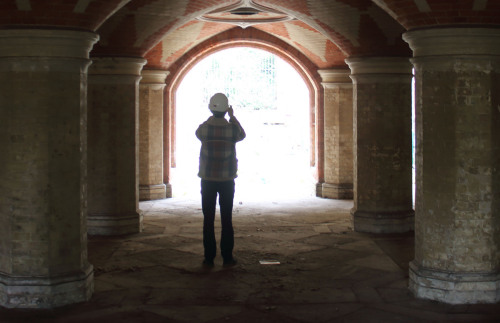 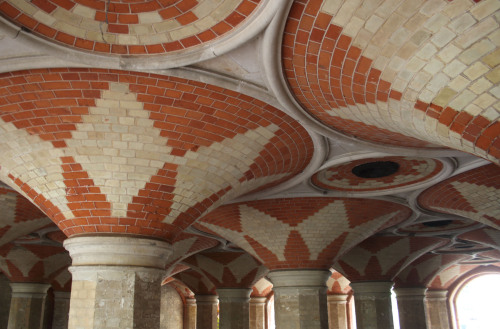 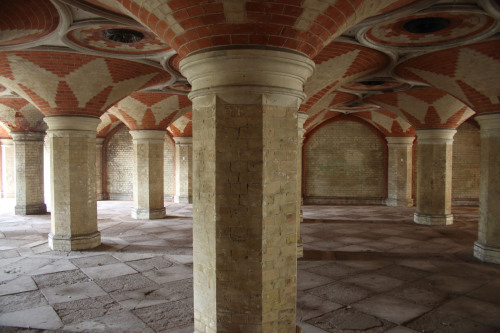 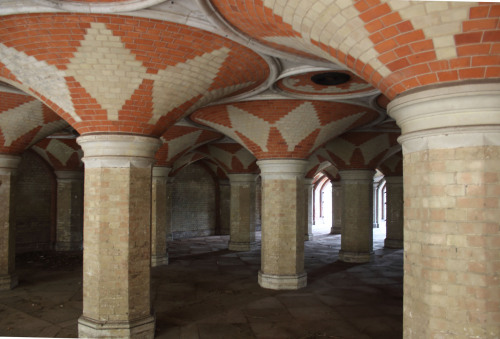 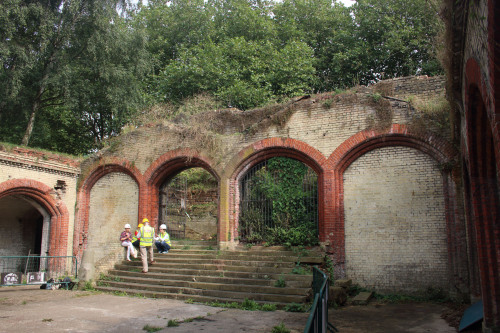 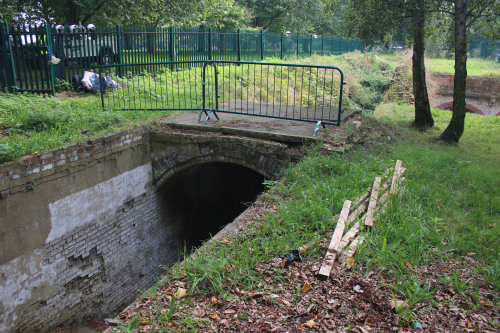