How the media reported that “Big Ben” is leaning

Over the weekend, the sort of story that has newspaper editors salivating cropped up – that Big Ben is leaning to one side and that the angle is now noticeable to the naked eye.

Obviously, the first caveat is that it isn’t Big Ben, nor is it St Stephen’s Tower, but in fact what is officially called “The Clock Tower” that is doing the leaning.

The other point to note is that the Tower has always leaned over to one side, and quite noticeably so – the lean is not new. What seems to have happened is that the tower has shifted a bit recently, but not by any more than it wobbled around when the Jubilee Line was being dug near by.

With all the pronouncements about the tower foundations sinking, it’s worth noting that following the Jubilee Line works, under the tower is a network of concrete grouting – so in fact, the soil is now more supported than ever before.

However – journalistic hyperbole aside, what interested me was how the picture editor would illustrate the story.

The Sydney Morning Herald used a fairly bland, but at least very upright photo of the tower. 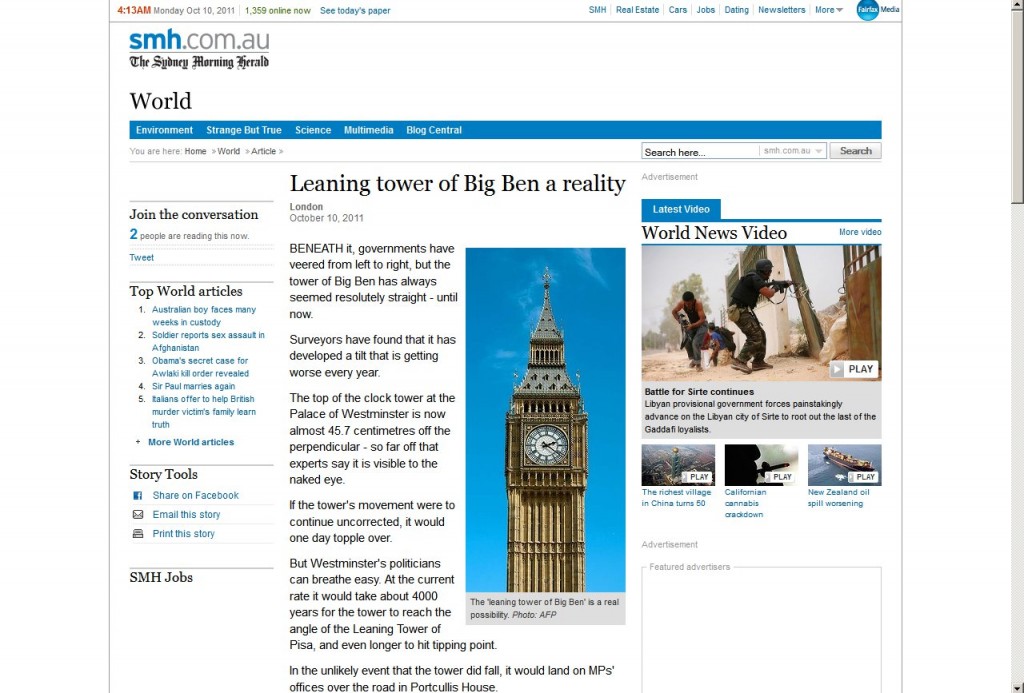 The Voice of Russia chose a rather wide angle photo, which hints at an angle, although that is just the camera lens distortion. 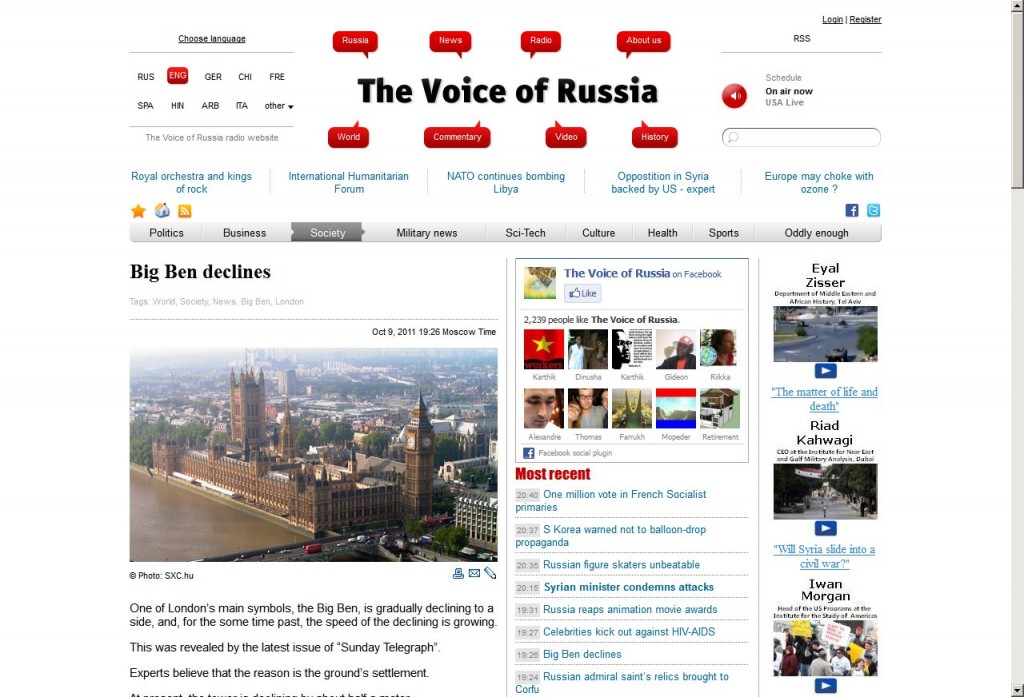 The Sun got a nice hint of angle into their photo, although it exaggerated far beyond what the reality is. They win bonus points though for combining the hands from a local statue trying to catch the falling tower. 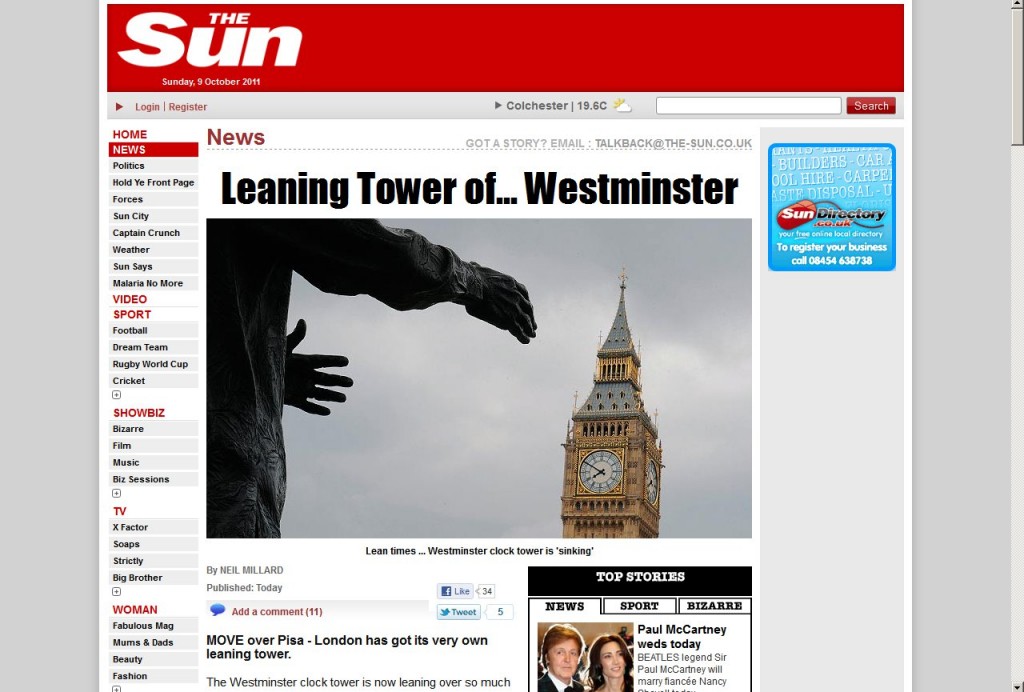 Over in India, The Hindu chose an odd photo for their story, which adds a strong hint of a tilt. 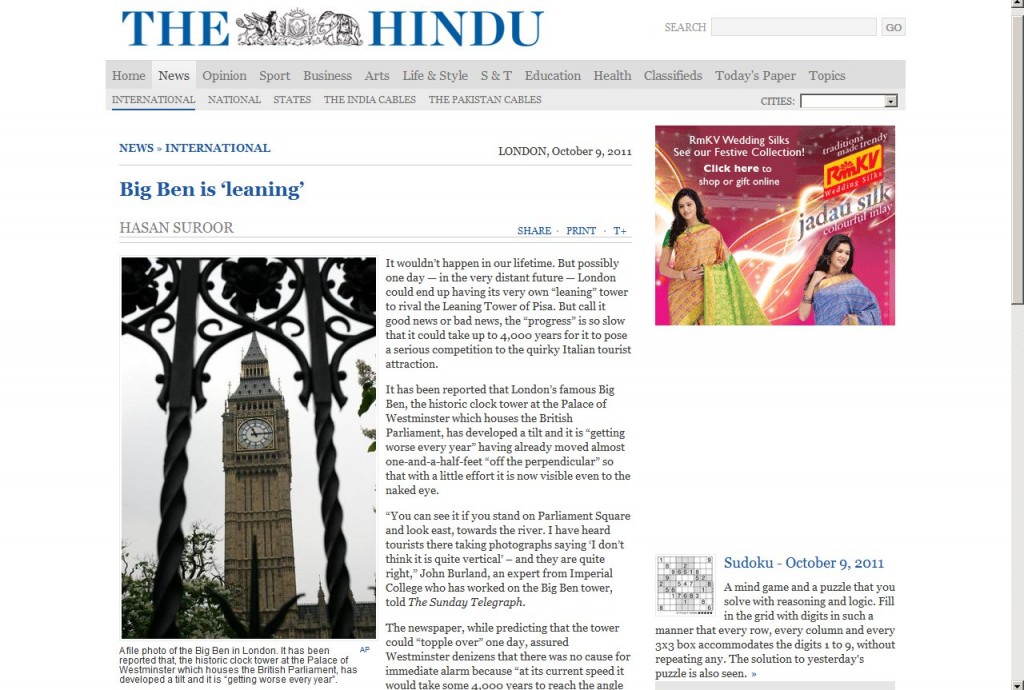 London’s own Metro newspaper should have known better than to show this degree of tilt, considering how many of their readers would know the reality of the situation. 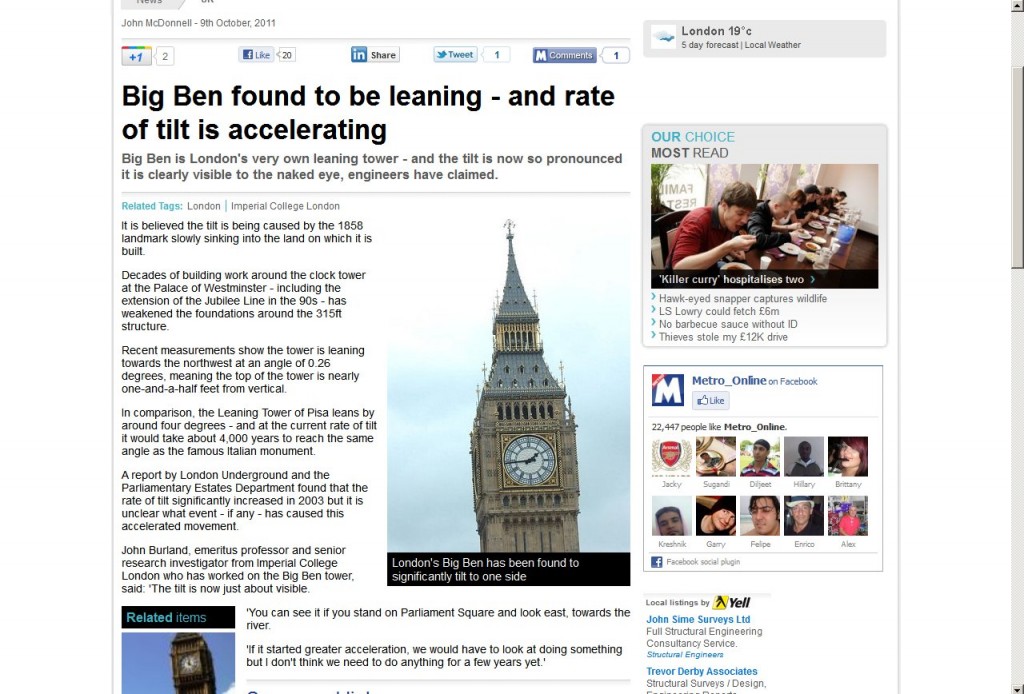 Likewise the Daily Mail, which is written not far from the Tower should know better than to use this photo. 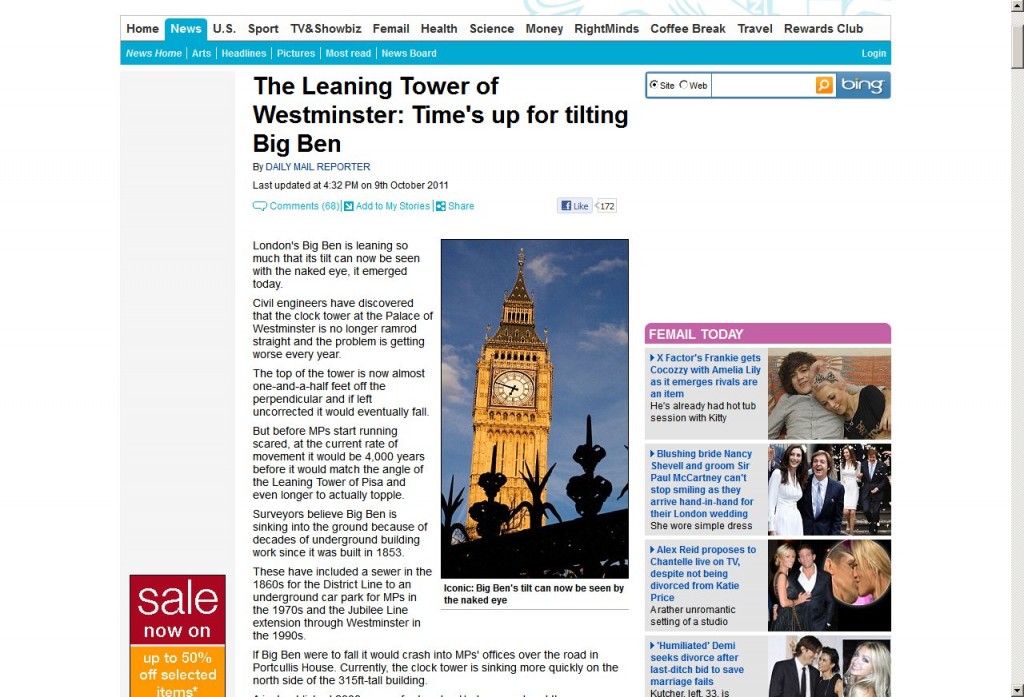 Top prize goes to The Telegraph though for this vertiginous photo, which hopefully wont be taken seriously by their readers and will be seen as artistic license. Hopefully. 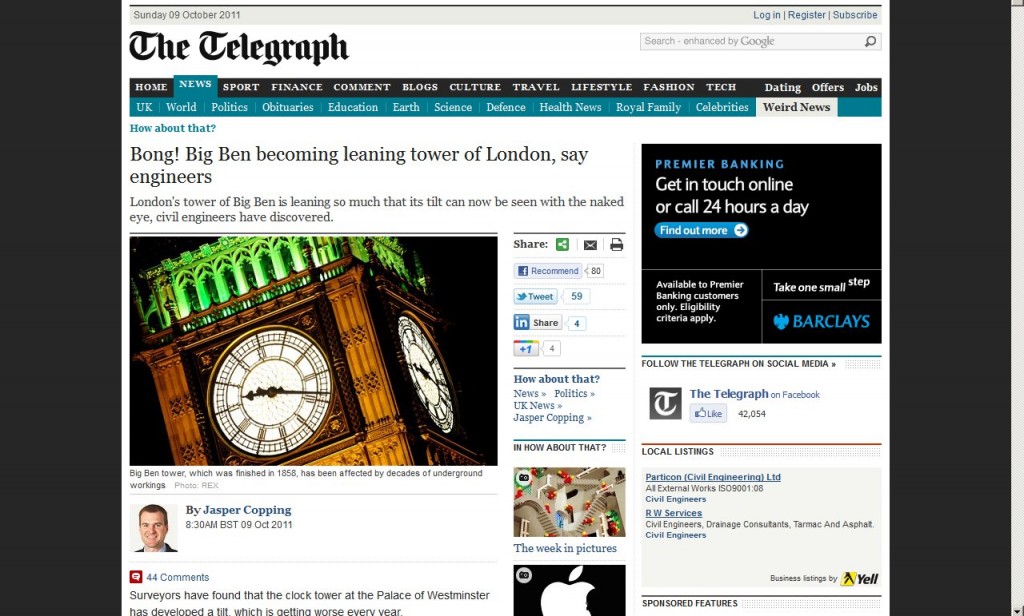 Update: This morning, The Mirror took the prize for most misleading photo combination by tilting the angle of a photo to match the Pisa tower and then put the two together. 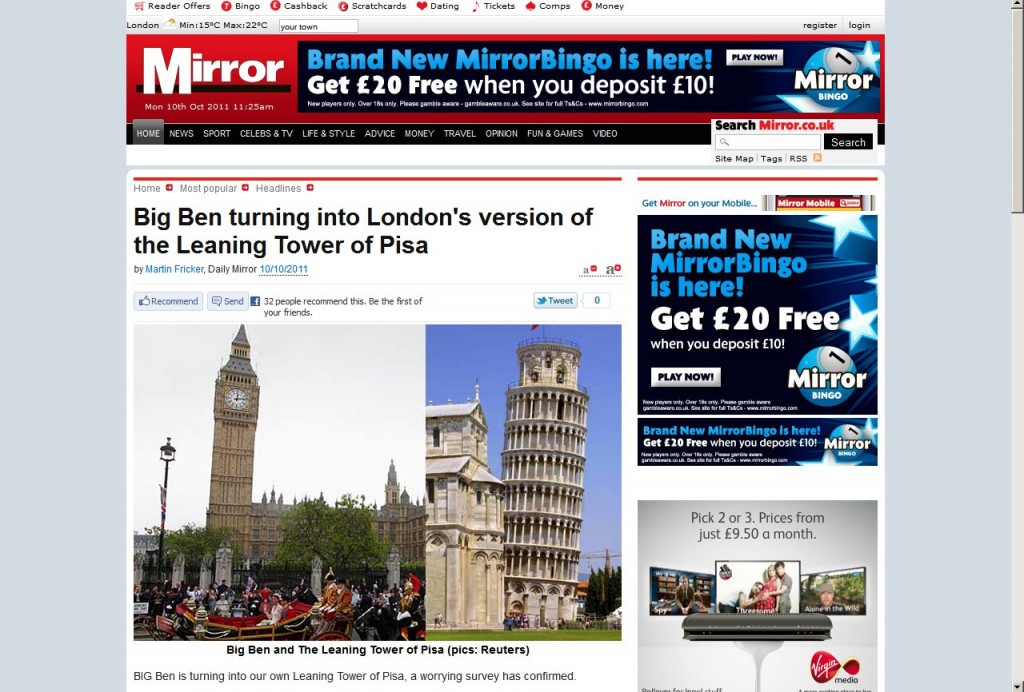