How Crossrail’s legacy could end up in rural Oxfordshire

A sleepy railway station in rural Oxfordshire could now be an unlikely beneficiary of the Crossrail project.

Originally opened in 1853, Hanborough railway station sits in the middle of the countryside on a single track railway between Oxford and Hereford. The station was nearly closed due to lack of passengers, but in recent years, passenger numbers have more than quadrupled to over 271,000 per year.

Today it’s still a single platform station with no waiting room and little else, but thanks to growing passenger use along the line, there are plans to restore the single track to double and reinstate the missing platform.

It’s here that Crossrail’s unexpected legacy will form part of this rural station’s upgrade, and it all stems from the rebuilding work at Abbey Wood in South London.

In order to build the brand new Elizabeth line station at Abbey Wood, the old 1980s ticket office had to be demolished, and a temporary replacement erected near by. 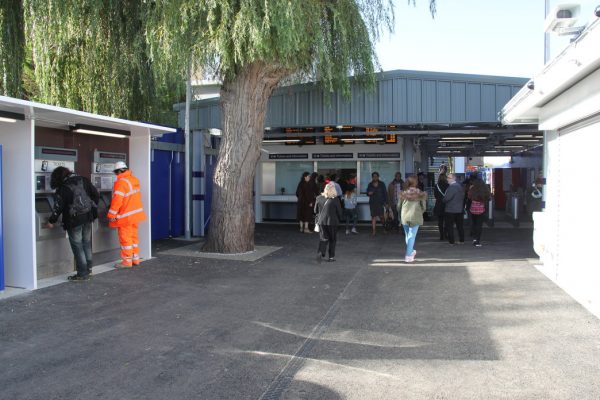 This temporary station was used for a few years while the new manta-ray style ticket hall was built, and has since been taken away. But it was designed to be taken down and reused — and reused it could be.

Network Rail and Great Western Railway (GWR) are planning to use the stored flatpack station building — at Hanborough.

The proposal, subject to final costs of around £250,000 is being supported by West Oxfordshire District Council who are now considering providing £10,000 to the project.

If it all goes ahead, then a modular station built for Crossrail in South London will end up serving commuters in Oxfordshire. An unexpected legacy of Crossrail.