If you are looking for the hovercraft seen on the Thames on 15th March 2011, click here.

Sorry for the appalling photo quality, but I just saw a hovercraft on the Thames heading into central London. 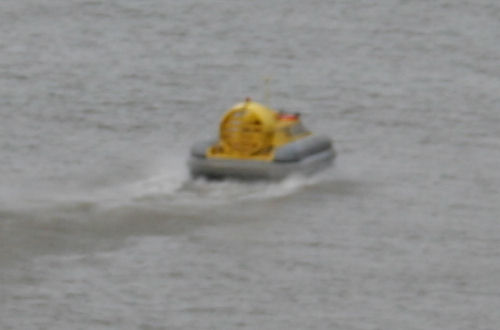 Normally when sitting at home, I hear unusual boats (etc) as they approach the flat and I get up to have a look at the odd noise. Today, the windows were closed so I missed this until it was right in front of the flat and I scrambled to get the camera – by which time, it was a hundred yards or so away.

Anyhow – this is an ideal time to suggest reserving a weekend for a rather special event later this year.

This year happens to mark the 50th anniversary of the first crossing of the English Channel by a hovercraft, and the national hovercraft museum will be hosting a four-day series of events in the last weekend of July.

The museum is just outside Portsmouth and is about 90 minutes by train from London – so ideal for a day out.

Still waiting for the exact details to be announced, but the preliminary itinerary sounds exciting.

BBC article about the Channel Crossing

A slightly better photo taken later in the day when the Hovercraft was leaving London. 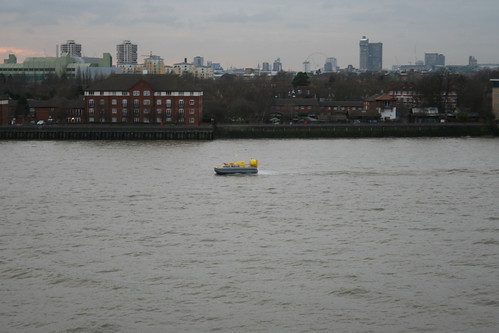 And finally, a close up taken on Saturday afternoon when it was back and on “my” side of the river. 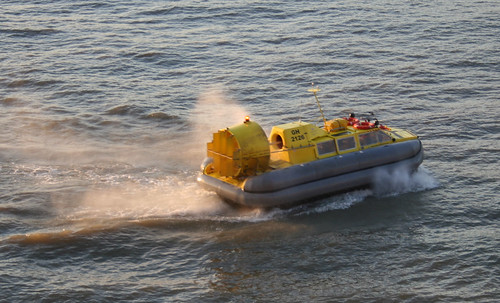 As I was able to see the registration number, I was able to look up the details of who owns it and sent them an email asking if there was a specific reason why it was in town this weekend.

1 Pings/Trackbacks for "Hovercraft on the Thames"