History of Europe – Told by its Theatres at the V&A

Much like the early days of travelling players, there’s a travelling exhibition about the history of the theatre, and it’s currently in London.

Although you’d only know if you stumbled upon it by accident, as curiously, the V&A museum where it’s located aren’t listing it on their website. 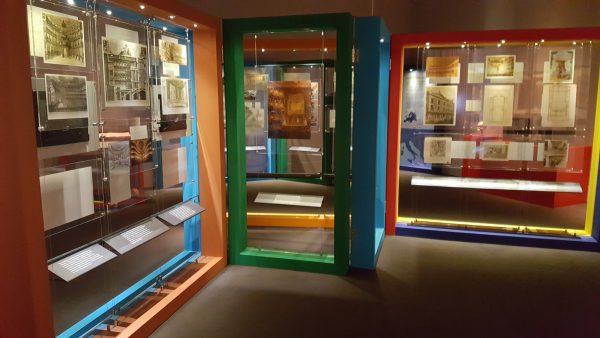 It’s a display that charts the history of plays and theatre in Europe, from the ancient Greeks right up to modern times, focusing mostly on the architecture of the theatre — the grand open arenas to medieval open air stands to modern grand palaces of plays. 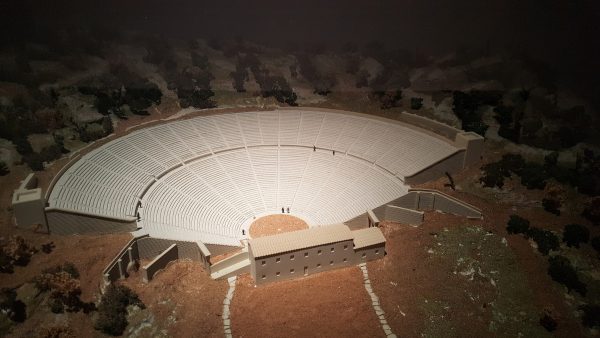 The exhibition was created from objects supplied by six theatre museums from six different European countries. With more than 250 exhibits, the exhibition illustrates how the history of Europe from antiquity to the present is mirrored in the performances and the theatre buildings of the different eras.

The modern theatre in Christian Europe started with the Passion Plays, suitably religious offerings to remind the peasants to pay the church their dues.

One such play, the Oberammergau Passion Play was first performed in 1634 as an offering to stop the plague, and as insurance, is still performed every decade to this very day. The next one is in 2020, if you want to book tickets now.

As the exhibition moves forward in time, it shows how plays were often performed in open spaces, usually a travelling stage erected in market towns for impromptu performances.

The display is rich in colourful paintings of the era, but also detailed drawings of the era age of the dedicated theatre buildings. 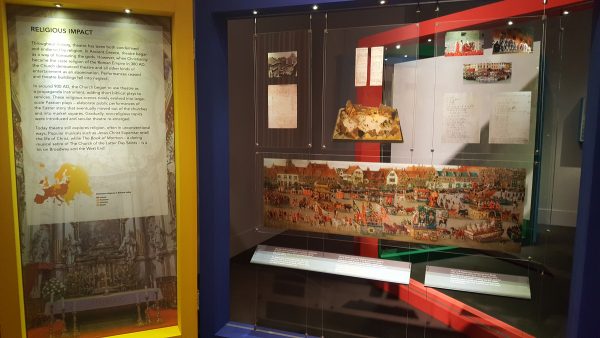 Many indoor theatres were initially for the aristocracy, but by 1700 they were starting to be opened to the public. Initially for free, but due to the demand for more performances, admission fees were soon introduced.

The era of paying for plays had begun.

Often seen as slightly subversive, plays were increasingly regulated by the government, in the UK for example it was King Charles II who limited the performance of Shakespeare to just two theatres in London. 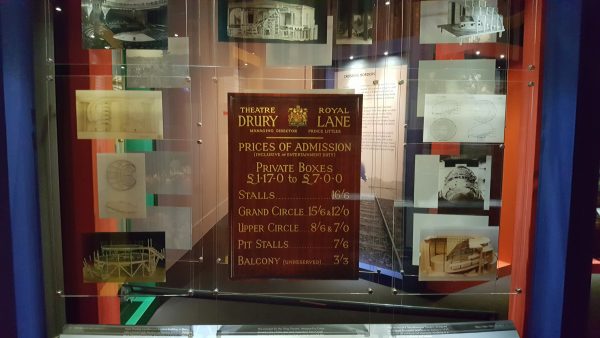 Like the plays, the architecture of the theatres was not immune from politics either, as the fourth Drury Lane theatre had to have two Royal Boxes, one for King George III, and a separate one from his estranged son, the Prince of Wales.

While seen as a threat to Royal power at one time, the exhibition also looks at how the theatre responded in Soviet controlled countries, where it was also seen as a threat to Communist rule. Not to mention how it could be a tool of propaganda, as shown in images of Hitler’s travelling stages that put on suitable plays to promote the Aryan ideal. 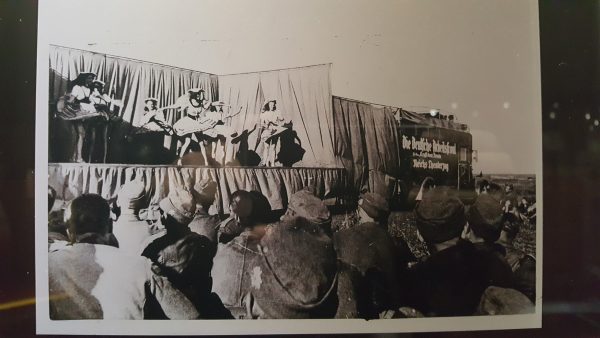 It’s a surprisingly informative exhibition, with a lot of nuggets of history of the development of the theatre building, rather than on the plays themselves. The result is a panorama of European theatre collections.

As we move towards a Brexit Britain, it’s a reminder that we are tied to Europe by cultural bonds that are centuries old.

The exhibition is in Rooms 103 and 104 (upper floor) and appears to be on until 3rd September. 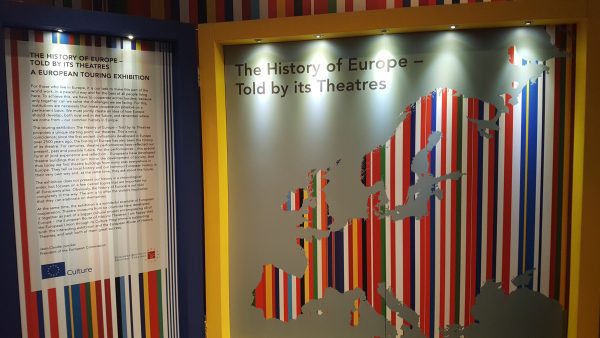