The weekend before London Open House Weekend, the rest of the UK does exactly the same thing, with a couple of thousand venues open to visit as part of Heritage Open Days.

Due to the geographically wide-spread nature of the venues, I tend to look for a town with a couple of really interesting places, then spend the rest of the day wandering around locally, as almost all of them have a good handful of churches to visit.

Most of the venues are open on Saturday or Sunday, but some will open on the Thur and Friday as well.

Looking at just the South-East of England, my personal pick of the more than 830 venues to visit include:

(Note, I’ve tended to avoid venues that can be visited at other times, as many are offering free visits, but you can visit and pay any other time of year)

Guided Tours of the Former Magistrates’ Court in Bracknell

Guided tours of the former Magistrates’ Court in Bracknell.

Come and see behind the behind the scenes at a busy Crown Court centre and learn more about the criminal justice system. 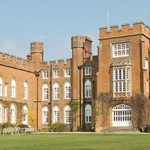 Cumberland Lodge has been the home of an educational foundation since 1947. A former royal residence set in the heart of Windsor Great Park, it has a fascinating history dating back to the 17th century. 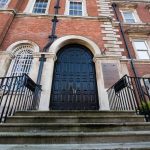 Visitors have the opportunity to join a tour of the Crown Court, where the culprits responsible for the Great Train Robbery were tried. 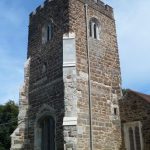 The church and tower are open for stunning views over the city and surrounding countryside. 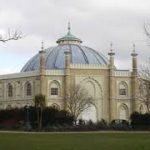 Take a behind the scenes tour of Brighton Dome (and get a glimpse of the famed underground tunnel running beneath the Royal Pavilion Estate); hear fascinating lectures about the history of the estate and the development of the town. 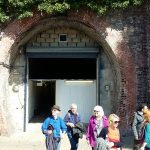 Join local history enthusiast Kevin Wilsher for a short introduction to the history of the Kemp Town branch line followed by a visit to the long forgotten railway tunnel. 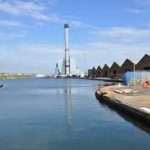 Join Shoreham Port for a ‘behind-the- scenes’ tour visiting areas of the Port that are normally off-limits to the public. 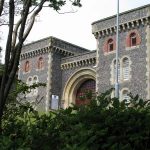 A rare chance to see inside this imposing Victorian building of 1853 with fine brick and flint walls. The tour, lasting about 1.5 hours, led by prison staff, will show many of the prison’s original features and explain how the prison has adapted over the years to meet changing requirements.

A rare opportunity to visit and explore the historic Essex County Council Chamber and Foyer.

The tour will show how raw reservoir water is treated and processed to produce excellent quality drinking water in the most sustainable way possible. This includes the ground breaking natural reed bed system, which is the first of its kind in the world. 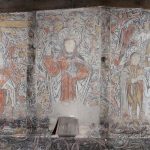 This is an opportunity to see very rare and fine examples of early sixteenth century wall paintings housed in a humble medieval timber framed building. 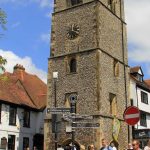 Climb the 93 steps to the top of St Albans Clock Tower and enjoy the magnificent views of the Cathedral, the historic city of St Albans and the beauty of the surrounding countryside. 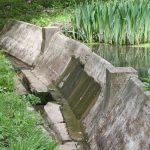 We will be opening the gates at BRE to allow access to the once top-secret model of the Möhne Dam used by Barnes Wallis in the first stage of developing the Bouncing Bomb.

A unique opportunity to see the 19th century prison with its cells and other features before the final alterations change it into student accommodation.

A rare opportunity to look around this landmark building. This magnificent medieval ragstone Palace in its riverside setting was originally built as a resting place for the Archbishops of Canterbury on their way to London.

Come and explore the underground bunker, at the top of Victory Wood. The bunker was built to monitor nuclear attacks during the Cold War. 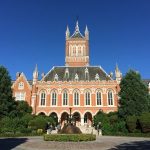 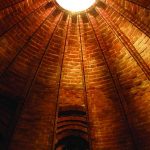 Grade II listed building, built by the 1st Earl of Lovelace at the end of the 19th century, in the unique Lovelace architectural style that dominates East Horsley, a combination of flint, with moulded red, white and black terracotta brickwork. 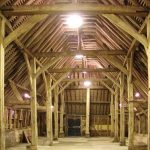 The Great Barn is the oldest standing wooden structure in South East England and an impressive and inspiring example of 14th century building.

This building was constructed for British Railways electrification in the 1930s for the purpose of the power distribution network, and contains several original Art Deco features.