Helicopter to fly through Tower Bridge

One of those routine Port of London Authority notices that makes you sigh, open to see what it is then sit up and type WHAT is very loud letters. Such moments are why I subscribe to them – for those rare nuggets of joy in the operational tedium.

In a couple of weeks time there will be filming along the Thames involving a helicopter.

And it is going to fly THROUGH Tower Bridge on one of the evenings.

I think it is fair to suggest that an awful lot of people will be in the area on that Saturday evening looking out for a helicopter doing something we are unlikely to see again.

I gather this is filming for a James Bond movie, although that is not confirmed. Then again, it does sound very bond-like.

Although rather rare, it’s not the first time that something that flown through Tower Bridge.

In April 1968, to mark the 50th anniversary of the formation of the RAF, Flt Lt Alan Pollock flew his Hawker Hunter FGA.9 jet fighter through the bridge in part in protest against the government and because no one was marking the anniversary anyway.

Rather nicer, I think, was an idea to use flying boats on the Thames with an “airport” next to the Tower of London. It was tried out, but evidently wasn’t developed further.

But this Pathe News film shows the flying boat as it approaches the Bridge then lands on the Thames. I would love to see that recreated. 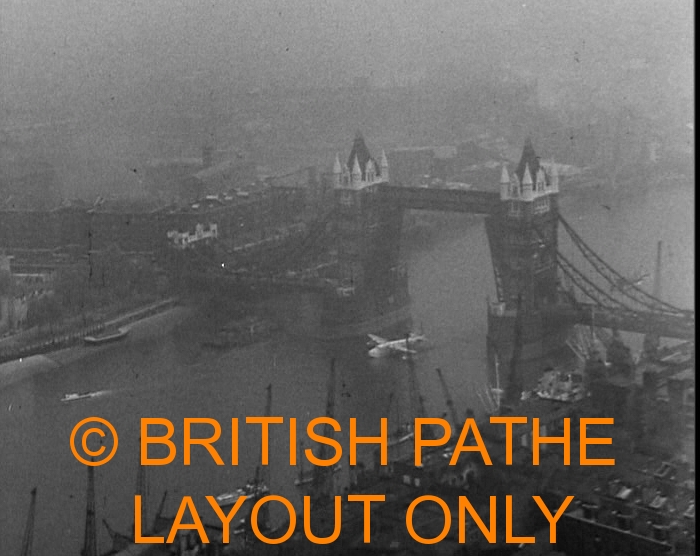 2 Pings/Trackbacks for "Helicopter to fly through Tower Bridge"