Long before Heathrow was runways and hotels, it offered accommodation of a very different sort – an overnight prison cell right in the centre of the village.

And it’s still there.

Built around 1838, this modest brick round-house sits unremarked in the grass outside a block of flats, and was used to imprison foot pads caught on Hounslow Heath.

The prison cell — officially a lock-up — is a small round brick building, with an oak door that was reinforced with steel sheets. An iron grilled window would have offered some fresh air, but also let in the cold and wet, so it would have been a very uncomfortable place to spend the night.

To be caught and locked-up overnight would have also been very likely a one-off experience, as to be convicted at the time could still have seen the felon sentenced to death.

These overnight cells were later superseded by police stations with their own cells, and it’s a rare survival in London, though a number are still found outside the capital. According to A History of the County of Middlesex: Volume 3, the lock-up was later used by the parish council as a mortuary, which is a curious use for such a small building.

Cranford’s lock-up survived when it was recognised as of special interest in 1939. It had been on the Heritage at Risk register and was in very poor condition.

Wonderfully though, the Cranford village lock-up has now been restored following grants from the Heritage of London Trust and The Radcliffe Trust.

The restoration was also a partnership with Hounslow Council who the Heritage of London trust have worked with over the last year, alongside conservators Taylor Pearce.

A formal ceremony to mark the completion of the restoration work took place earlier this week. 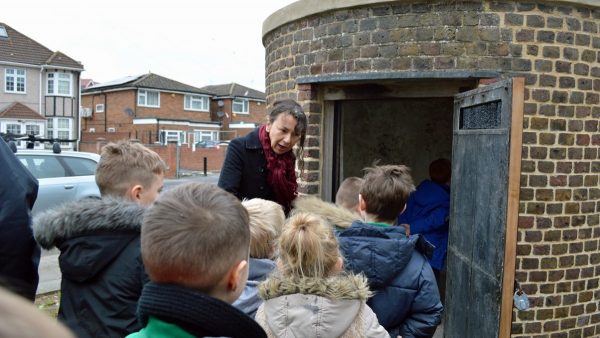