In our modern age, it’s almost impossible to believe that a railway station could open in London, and close just six months later, but that is what happened, in January 1998.

Today marks the 20th anniversary of one of the UK’s shortest lived railway stations, just outside Heathrow Airport. This was Heathrow Junction – an accidental station that was never supposed to exist, but was bought into hurried existence following the collapse of the Heathrow Express tunnels being dug under the airport.

The rail link was due to open in December 1997, but the tunnel collapse pushed that deadline back significantly, so the airport started to look for a contingency plan.

In October 1996, they filed an application to build a “temporary railway passenger transfer station”. The intention was to open a temporary station in late 1997 just to the north of the airport, but even that was delayed, and opened finally on the 19th January 1998. 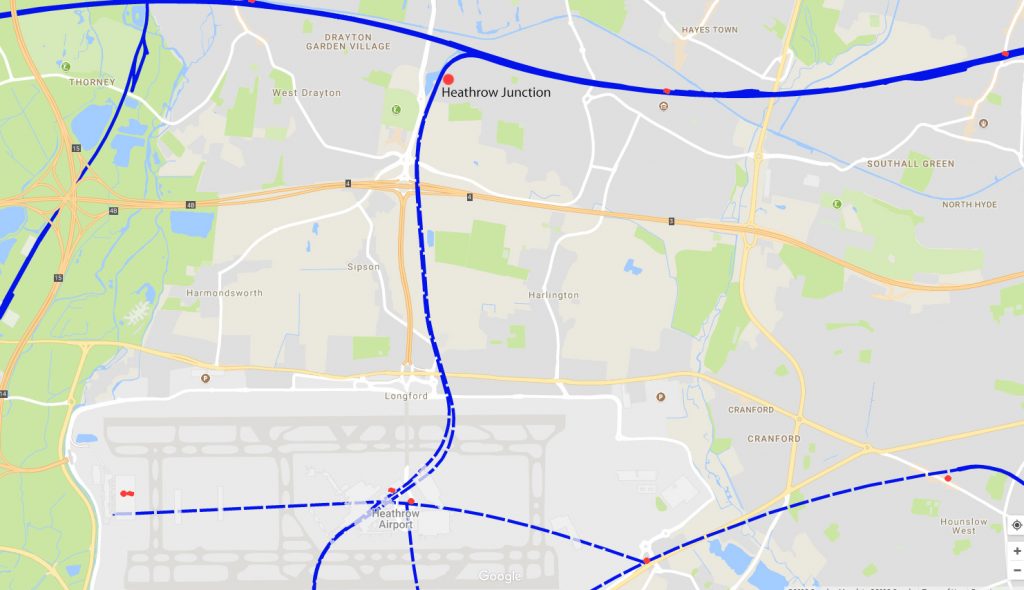 The temporary station was sited alongside an existing, and also temporary railway siding — making use of tracks that had been laid to assist in the construction of the tunnels.

In that sense, they were lucky to already have the rail tracks already laid, and at a location that was convenient for the short term life of Heathrow Junction station.

The new station was built by Osborne Rail in just a few months, and services were offered under the FastTrain brand, to avoid “polluting” the Heathrow Express brand when it launched six months later.

Meanwhile, works carried on in the tunnels to finish them in time for the new deadline, just six months later.

The Heathrow Express is an infrastructure mix, with a conventional railway running between Paddington to just north of Heathrow, where it ducks down into a short length of cut-cover tunnels, then deeper down into bored tunnels towards the airport.

Famously, or infamously if you prefer, the contractors and airport chose to use the New Austrian Tunneling Method to construct the tunnels. Although well proven in rock, it had not been used on a large scale in clay, such as that underneath London.

Although the use of sprayed concrete in a clay tunnel was new, it wasn’t untested. Heathrow Airport dug a test tunnel in 1992 costing £1.1 million to make sure it would work, and was safe.

Until the collapse. It wasn’t so much that the technique was flawed, as it is very widely used today — but that the application and management were flawed, and heavily criticized in the subsequent inquiry into the collapse.

The accident also saw the construction of the Jubilee line extension halted for several months, as that in places also used the same tunnelling technique.

One of the aspects that are little commented on is how the various parties involved worked after the tunnel collapse. Traditions of blame-culture and lawsuits were ignored in favour of ploughing ahead with the project. Teams were restructured so those different companies worked more as a single unit than competing units, and what could have been a 2-year delay was held to just 6-months.

Following the collapse, to prevent it from spreading the hole had to be filled in, fast. To give you a sense of the size of the void to be filled, you can fit the Albert Hall inside it. A huge 60-metre diameter ring was constructed of piles around the collapse to secure the site before any work could be allowed to resume.

Once the area was secured, they had to drill out the tunnel holes through the cofferdam once more and get back to work building the railway. But in the meantime, they had a delayed railway line that wanted to be opened to fare-paying passengers. 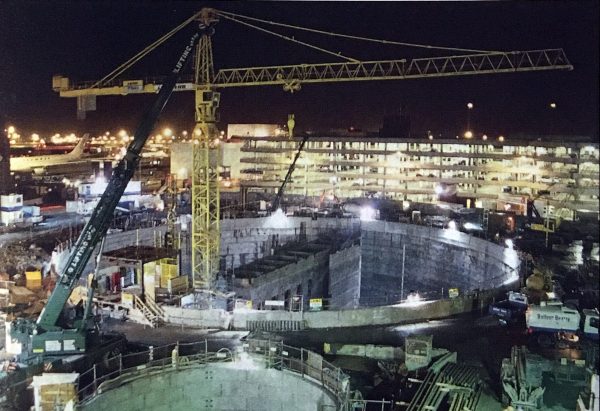 The new railway station, Heathrow Junction opened on the 19th January 1998, and closed just six months after it opened, on 23rd June 1998 — when totally by coincidence, some new railway platforms opened inside Heathrow Airport, and the Heathrow Express line was launched by a certain politician. 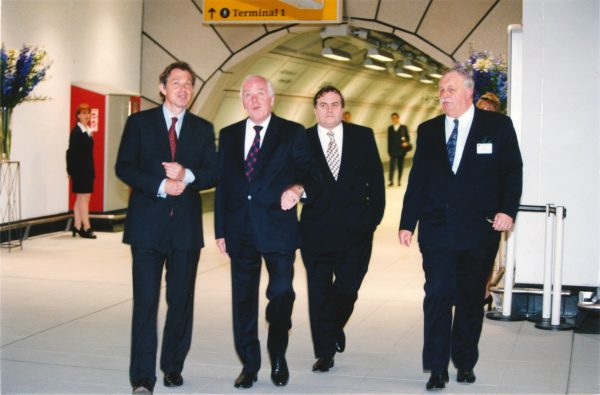 Ten days later, the track to the old station had been removed, and shortly afterwards, the station was demolished. The temporary status approval that was granted to open and then close the station legally expired in 2003.

Today nothing remains to be seen of the Heathrow Junction station, which is now the end of an unremarkable service road for an estate of large warehouses.

Thus was the short life of one of London’s most recent, yet also shortest lived railway stations.