Haynes publishes an Owners Manual for the London Underground

A book by a provider of car repair manuals about the London Underground illustrated with its famous cut-away diagrams should be cat-nip to any transport geek. 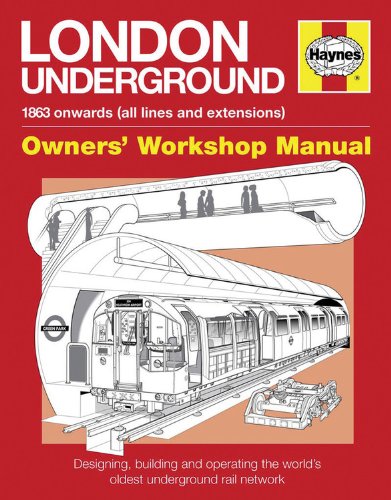 As such its less a surprise that Haynes have produces an Owners Workshop Manual for the tube, than why it took so long to appear.

It is however not really a workshop manual, as the tube network and its various parts are so manifold that the need an entire library of manuals to cover them all. So Haynes has trodden a slightly well worn path, by producing a history of the London Underground instead.

Starting with the reasons and difficulties of getting the first underground railway built, the book takes short looks at each of the key phases of the tube network’s development.

Written by a former designer for London Underground it may at times seem to spend maybe too much time going into details about the design features of the trains and the stations for which should be a generalised history of the transport network.

However, as most other history books of the topic spend less time on design and more on engineering and soporific detailing of tube stock specifications, this books does fill an overlooked niche in that regard. 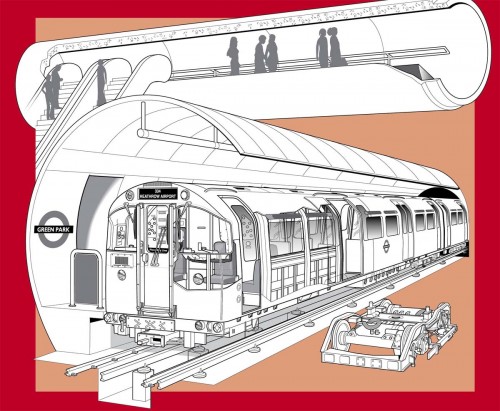 Most of what is written in the history will be familiar to any die-hard tube geek, but the glorious use of photos, many of which haven’t been published before does make it an enjoyable book to read through at leisure and at least refresh the memory about moments in history that had been forgotten about.

I certainly was prompted to make notes for further research.

The only downsides is a picky issue of too liberal a use of photos sourced from Wikipedia. Considering that a key selling point is the use of previously unseen photos, they would have done better to source photos not from a free website by from a good archive.

It adds a sour note to an otherwise quite enjoyable read.

As a London Underground manual, it doesn’t go into detail about Crossrail, other than to mention how it affects some tube stations.

The book is right up to date, with even some commentary about last year’s 150th anniversary.

I wouldn’t buy the book for a the hardened tube geek — the sort who will happily talk for an hour about the merits of a certain type of nut and bolt. However for the average person who has a curiosity about the underground, the regular tube commuter who might be curious, and yes, even the more sane transport fans — the quick romp through the history of the tube, and the glossy photos combine to make this quite a good overview of the history of the tube.