Published 3 October 2014 by Events and Tours

Oh, God! Oh, Jesus Christ! Sergeant Howie’s terror stricken voice, interspersed with screams from the Bride of Frankenstein is the soundtrack that greets visitors to the British Library at the moment.

The motivation for this commotion is the 250th anniversary of the very first Gothic novel — and the birth of an entire genre of writing.

From Horace Walpole’s original novel in 1764, The Castle of Otranto through the Hammer Horrors of the 1970s to gore fests and ending at the modern steampunk revival, the exhibition traces a line through the narrative’s history touching on both the book and the moving picture. 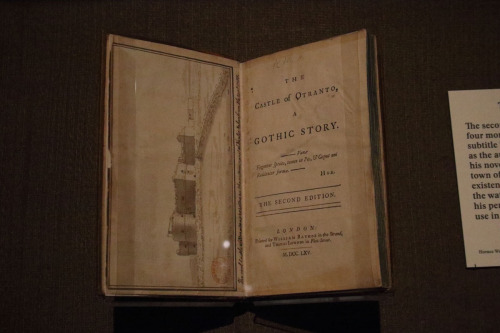 The Gothic novel has a number of key elements that define the novel as being Gothic, but one of the keys is atmosphere, and the British Library has gone for atmosphere in its exhibition — from the screams already mentioned, the doom laden music in red painted corridors to the diaphanous black drapes that separate the displays.

Dim lighting, needed to protect precious manuscripts adds to the gothic atmosphere. All that was missing was the fog of Olde London Towne, but the books probably wouldn’t have appreciated it.

For all the atmospherics though, we are in a (haunted) library, and this is an exhibition of books. Lots of books in glass cases to look at and read up on why they are a notable moment in the evolution of the gothic novel. 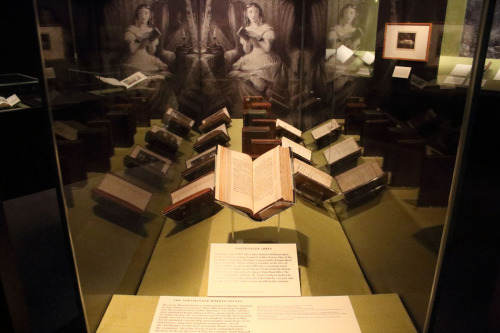 Some are obvious, such as Frankenstein and Dracula, others rather less so. A model of a fantastical house makes me mourn the fact that it burnt down, for the Gothic inspired not just novels, but entire ways of living — including Horace Walpole very own home at Strawberry Hill in South London.

While the Gothic novel can be seen as fantasy, they were often influenced by real world events, such as the French Revolution, and later the lurid reporting of London crimes by the Penny Dreadfulls.

For in a world where monarchs can be deposed, and people slain in the street, who needs the gothic novel? Leading the novels to ever higher levels of horror to entertain their audiences.

Even still, by the standards of today, some of those early novels seem tame to our modern eyes. No one who has ever read Dracula comes away scared, no matter how brilliant the writing. In fact, it it wasn’t for Hollywood, I doubt many people today would have heard of the Eastern European nobleman.

It was often Hollywood, in its own distorted way that gave early gothic novels their enduring appeal, and set up a trend for the modern obsession with vampires and zombies.

Quite a few films are references in the exhibition, including the near mythical “scrapbook” that was never used in The Shining, to incongruously, a warerabbit from Wallace and Gromit. 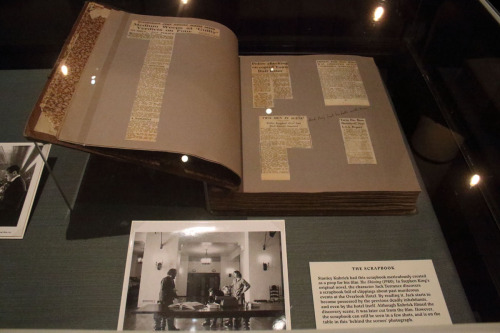 A poster from Night of the Demon delighted me, as I had just watched it again after years of meaning to, and was delighted that the film really hasn’t aged at all and is still as good as faint memory had suggested.

A seemingly modest poster was once banned by the London Underground, for reasons that are lost in the mists of time — although one theory is the fairly modest hint of cleavage. Too shocking for Edwardian sensibilities. 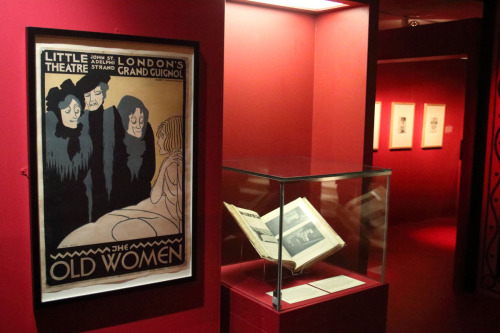 Dotted around the exhibition are a few physical artifacts, including a mysterious vampire killing kit. It’s genuine Victorian era, but curiously, no reference to them can be found dating before the 1970s. Is it a 1970s creation from Victorian parts, or an actual Victorian Vampire Vanquisher, that was never written about until recently?

There’s thought to be about 120 of these kits in existence, and its possible that one of them is genuine. Unlike their intended victims. 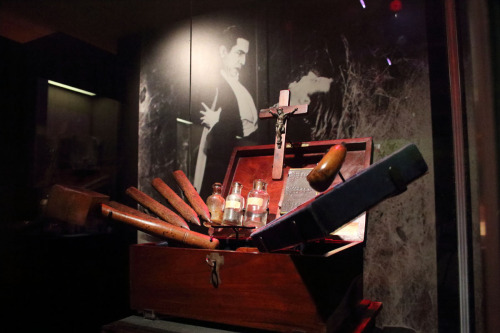 The exhibition itself ends in the modern day with modern goths photographed at a recent gathering, on display in a bright room that is a contrast to the darkness of the past behind you. Into sunlit lands for the gothic horror. 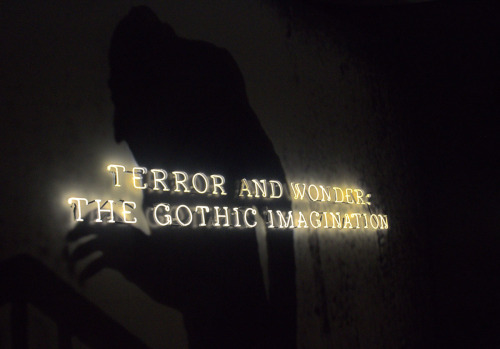 The exhibition is open daily until 20th January – entry is £10. Late night viewing on Tuesdays until 8pm.