Published 24 May 2013 by By Ian Mansfield About Me

It took ages to find you. I had been looking for a cat for weeks, months maybe. Every Saturday, a trip to Battersea to look at the cages.

One day, you arrived. Scared and seemingly abandoned by your former owners, patched up a bit by the cat shelter and put on display in a noisy room full of strangers.

You looked handsome and didn’t claw me when I tried stroking you. I slept on it, and the following day, you came to your new home.

I am sorry that just a few months after you arrived, I left.

I am sorry that I was rushed to hospital, and left you without food for days. I am deeply grateful to my work colleague who came around and rescued you, and gave you yet another strange place to live in for a month.

I was so happy that when I went to collect you for a second time, you didn’t flee from me.

I was recovering from my illness, you were the perfect companion.

Never a lap cat, you were happy to jump up when I relaxed on the sofa, but never for too long. You loved laying on the computer desk though, and curling up on a towel next to where I was working.

You took to sleeping during the day on my bed, exactly where I slept at night, and when I came home after a days work, you would always trot out and give me a friendly face.

We’d sleep together, and you used my hand as a pillow until I would roll over. Your ability to wake me almost dead on 3am was remarkable, and forgivable as you wanted a few hugs. Even if you did insist that I move a bit to the side of the bed as I was in your favourite spot.

Never the healthiest of cats, you cost me a fortune in vet fees, and I know that leaving the flat terrified you, but it had to be done. You sulked after every visit, but always seemed to get over it about an hour later and become very affectionate, so I never begrudged the cost.

But time wasn’t on our side.

There came the time when the illnesses took their toll.

The vets confirmed you were very poorly. No I didn’t try to find out what, there was no point. It wouldn’t have changed things, and you really didn’t like being out of the flat.

You weakened quickly, much as I had a couple of years earlier. I survived, you wouldn’t.

I was going to give you a final weekend at home, but you weakened terribly that Sunday afternoon. I tried to give you water and food by hand as you lay there, and you seemed receptive. But you were fading fast.

One last time, you tried to walk into the bedroom, but staggered around, and I carried you to your favourite spot under the bed. I tried to sleep, but couldn’t. A strange noise. And you were finally at peace.

It poured with rain the next day. I couldn’t go to work. I took you to the hated vet as they had one last task to complete.

You got your own casket. I couldn’t bear the thought of a mass cremation. You were dead now, and you no longer cared. But I cared.

What name goes on the casket the receptionist asked. I said your name. How is it spelt she asked.

Oh. In all our time together, your name was a sound I uttered. The name given to you by Battersea, but I had no idea how it was spelt.

Of all the damn stupid things to worry about at the time, how was your name spelt?

We chose Russett. It might be right, or wrong. I doubt you would have known either. I left you with the vets, who were very sympathetic.

I walked home in the rain.

A week later, a small tasteful box arrived with a brass plaque on the front. You’ve sat in my bedroom ever since, on a shelf, behind the books. Not in sight, but often in memory.

But I am leaving home now and I think it is time I made the final break. I live next to the river. You never liked going onto the balcony, but would sit next to the doors and watch the world where you felt safe.

The tide is high, but going out. It’s raining again and I stood by the river. I stood there for ages, telling myself that I was waiting for the boats to go past so the river was empty, but I know that’s not true.

Finally, I was able to say goodbye. I know where I said goodbye, but the tide is going out,  ashes will disperse and I think I am happier not having a final resting place.

I walked home in the rain. 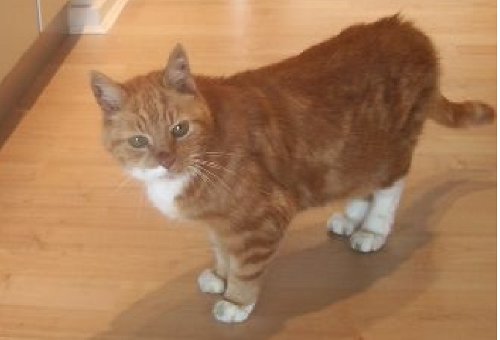