For one week from this Friday, the Hackney Playhouse will be screening Seven Streets, Two Markets and A Wedding, a collection of vintage film clips all about London.

There is something oddly compelling about films of the past — an almost foreign land to us now. 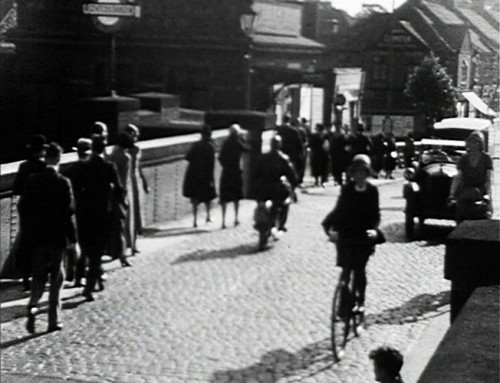 It’s not just the colour tone of the old films (when they are in colour) that look so odd, but these are places that we instinctively know, yet are strange to us. The homogenous nature of the clothing, the hairstyles, even the faces seem odd, ever so slightly different, foreign maybe.

It’s like watching footage of people at play in another country. People at leisure in some far flung part of the Old Empire. Yet this is London.

The past is foreign to us, and as fascinating as a tourist holiday abroad.

This film travels from Brent to Southwark via Hackney and Hampstead Heath in this heritage showcase, produced through Made in London, a Film Hub London initiative.

It’s on at the Hackney Playhouse until next Thursday.

There are just seven screenings, so it’s a rare chance to see this film, although it will be shown on the 8th June and 7th July in two other locations if you miss it.